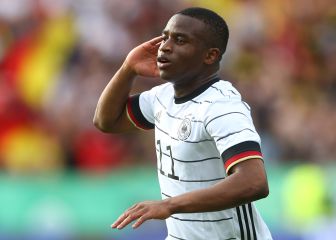 Albelda and Tiago, the ‘bombshell’ of Intercity

The intercityclub that militates in First RFEFshuffles the names of ex-footballers David Albelda and the Portuguese Tiago Mendez in the event that the continuity of the Argentine coach is not closed Gustavo Sivieroas Efe has learned.

David Albeldaformer international player Valenciadebuted as a technician in the Atzenetaa team in which he spent two seasons and which was promoted to Second Division B, a historic event for a club from a municipality that barely exceeds a thousand inhabitants.

For his part, Tiago Mendes, former partner of Juanfran Torres in the Atletico Madridhas worked as a coach in the Portuguese Vitoria de Guimaraes after having previously been an assistant Diego Simeon in the rojiblanco club

See also  The 10 engines of Pablo Guede to relaunch Malaga