The signature of the blue oval has just revealed the Ford Ranger Raptor 2023. The second generation of the model will arrive at European dealerships at the end of summer and will do so with a V6 EcoBoost engine as a great novelty. That means it will be the first variant of the new Ranger to be available in Europe, followed by the Wildtrak in spring 2023.

The diesel variant of the Ranger Raptor It will arrive in 2023, but it will be available only in some markets. Ford hasn’t revealed pricing, but it’s clear the new Raptor V6 will be more expensive than its predecessor. Developed by Ford Performance, it is the flagship version of the pick-up. It offers the best combination of performance and off-road capability. 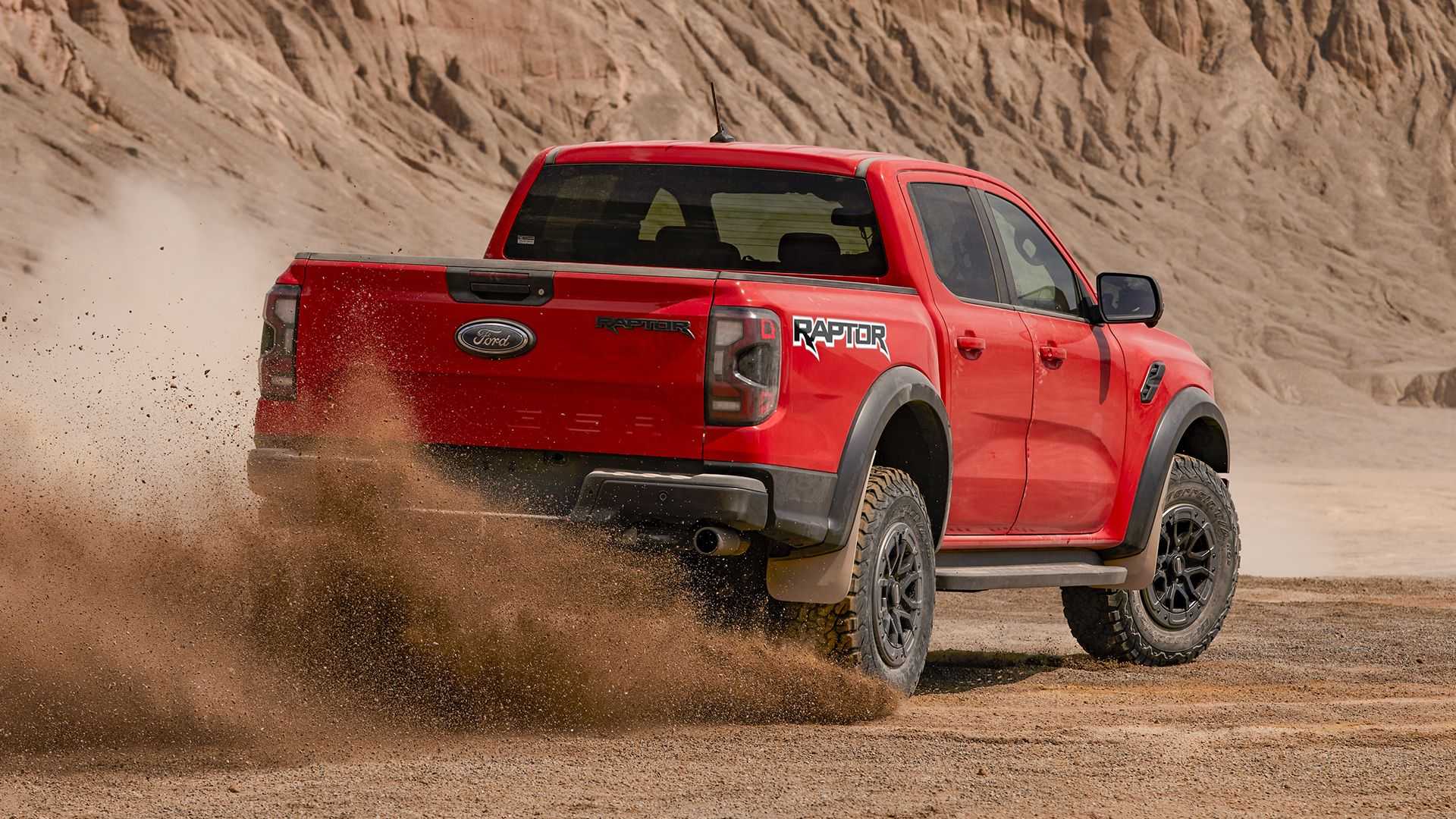 The new Ranger is the third addition to the current Raptor family, joining the F-150 Raptor and Bronco Raptor. This generation will indeed come to the United States.

The aesthetics of the Ford Ranger Raptor 2023 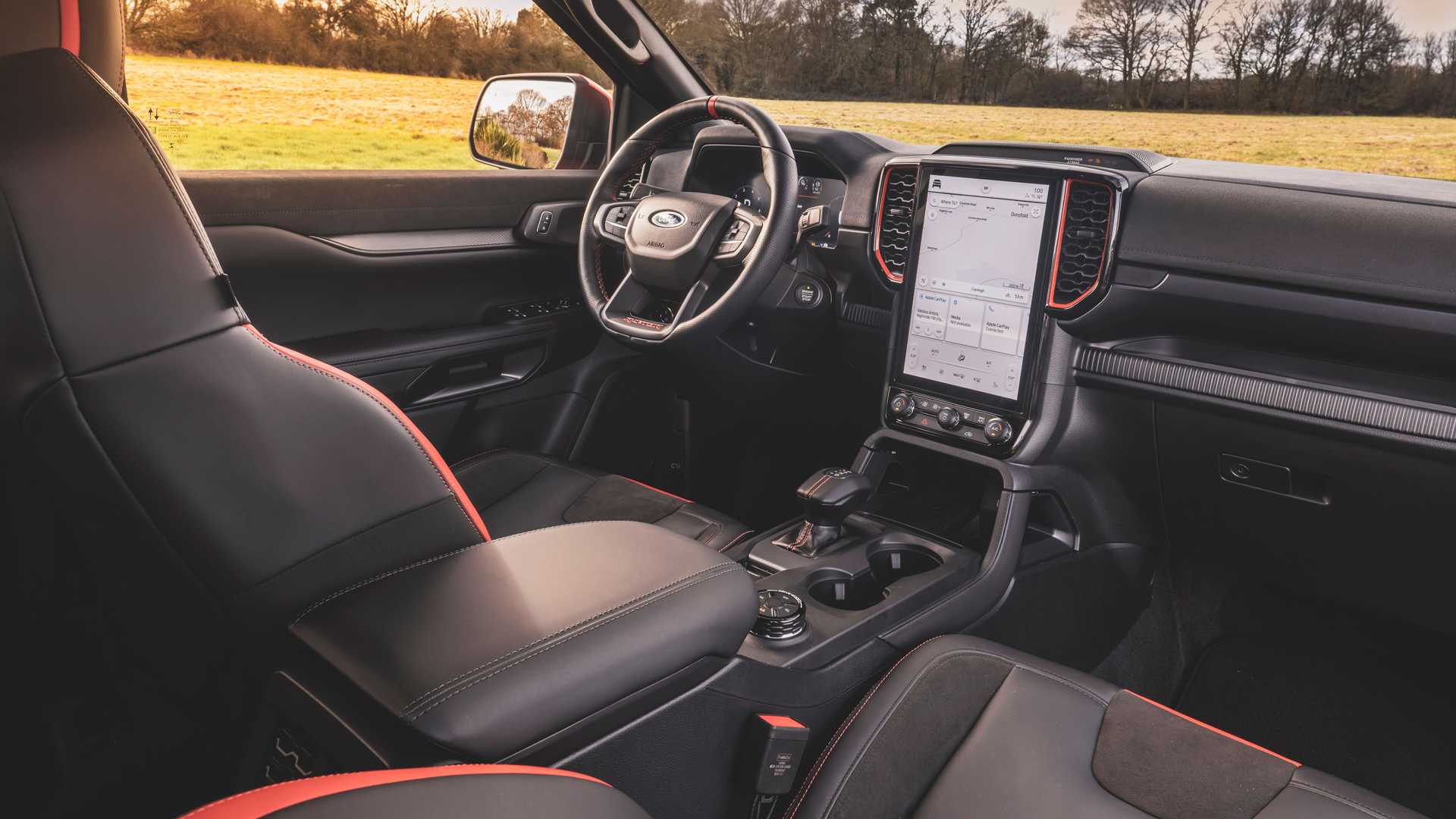 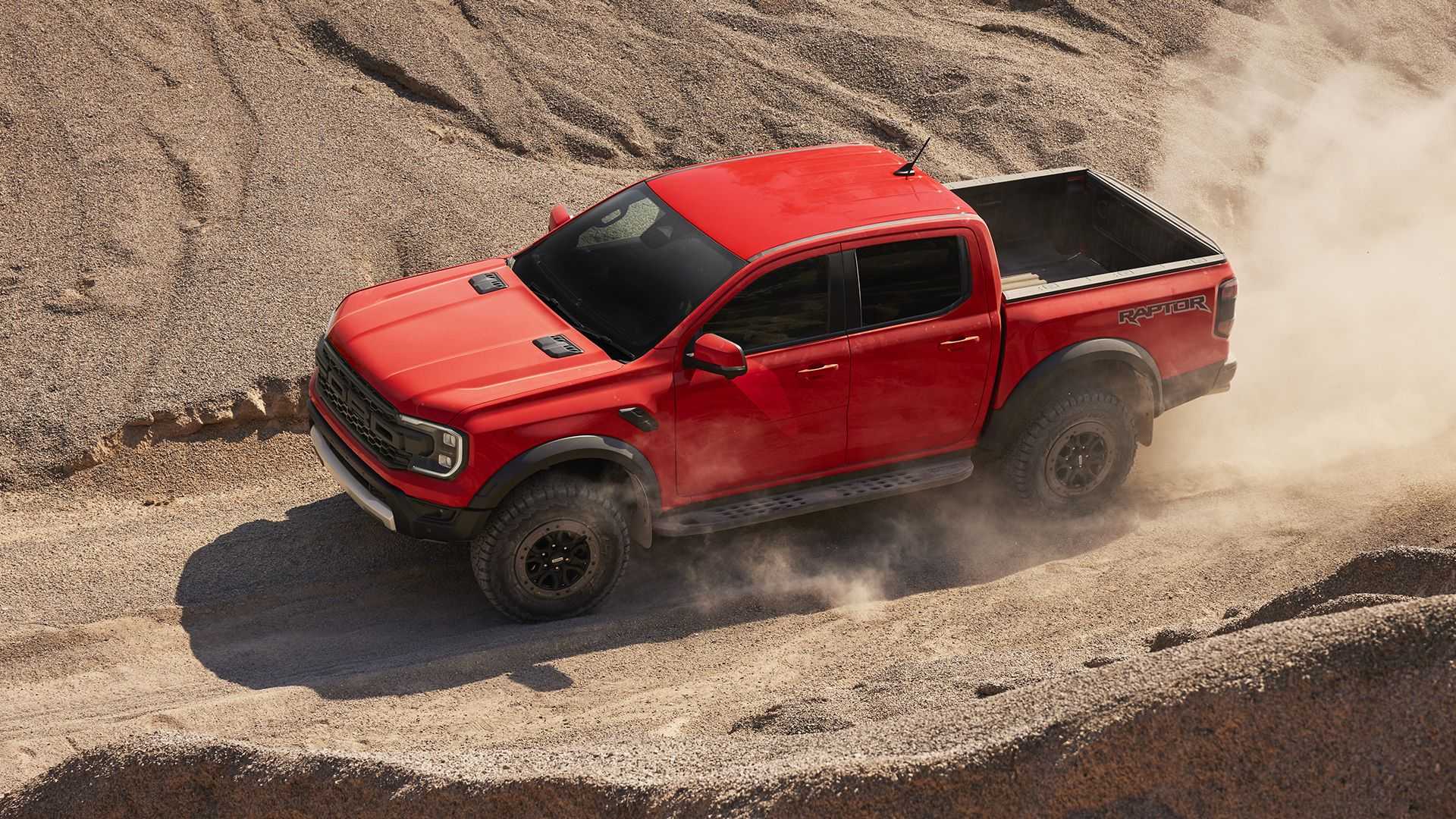 The Ranger Raptor will continue to be available with the twin turbo diesel block 2.0-litre four-cylinder from its predecessor in select markets, including Europe from 2023. However, this new generation adds a new petrol engine 3.0-liter EcoBoost V6 and twin turbo. This offers significantly improved performance. 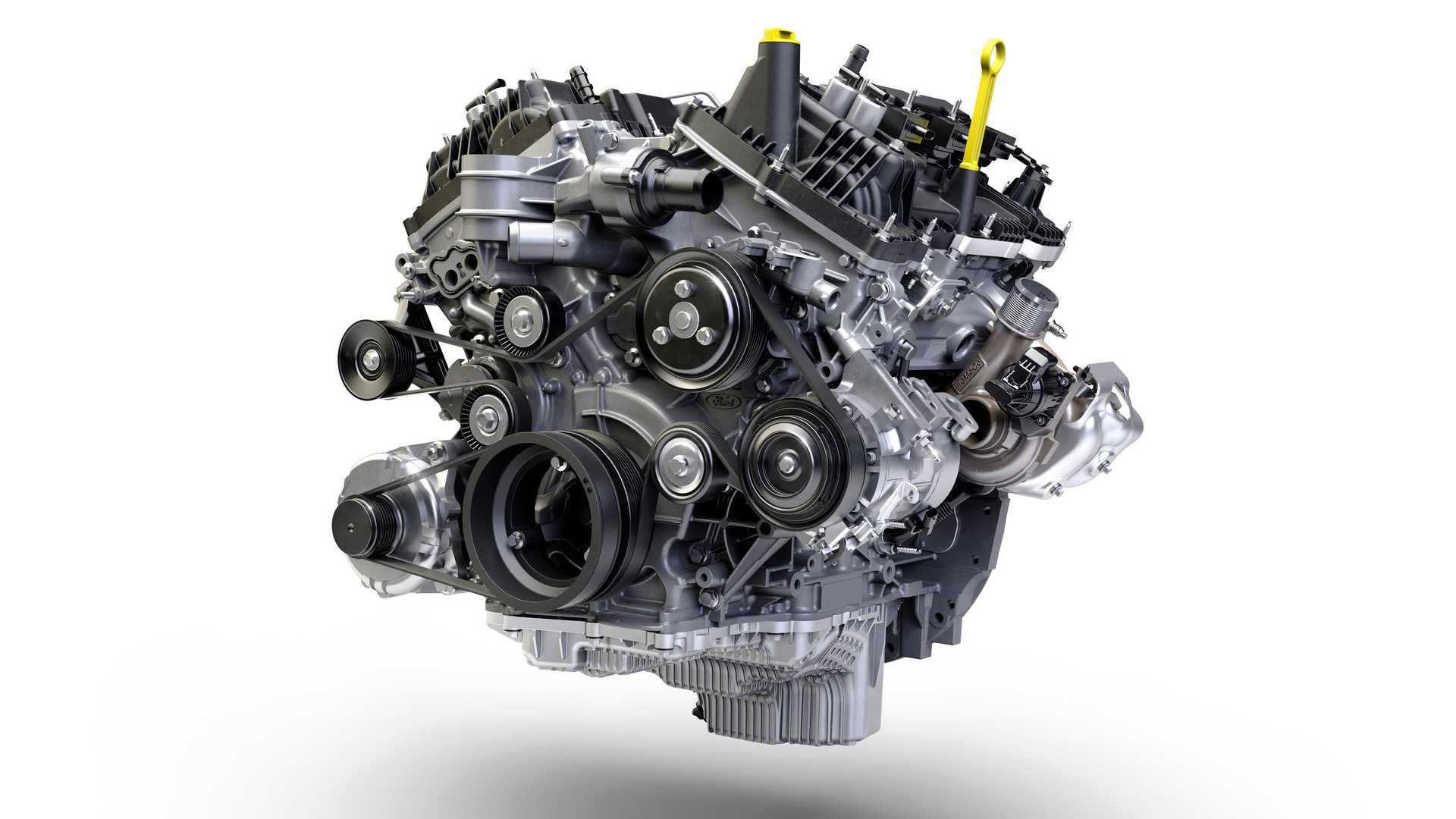 Power is transmitted to all four wheels through a 10-speed automatic transmission. The permanent four-wheel drive system has a two-speed transfer case, electronic front and rear differential locks, and the option to switch to rear-wheel drive.

The driver can choose between seven driving modes: Normal, Sport, slippery, Rock Crawl, mute/Ruths, sand and Short. These modify numerous parameters of the Ranger Raptor. not missing a twin pipe exhaust system active valve that can be set to Silent, Normal, Sport and Low. 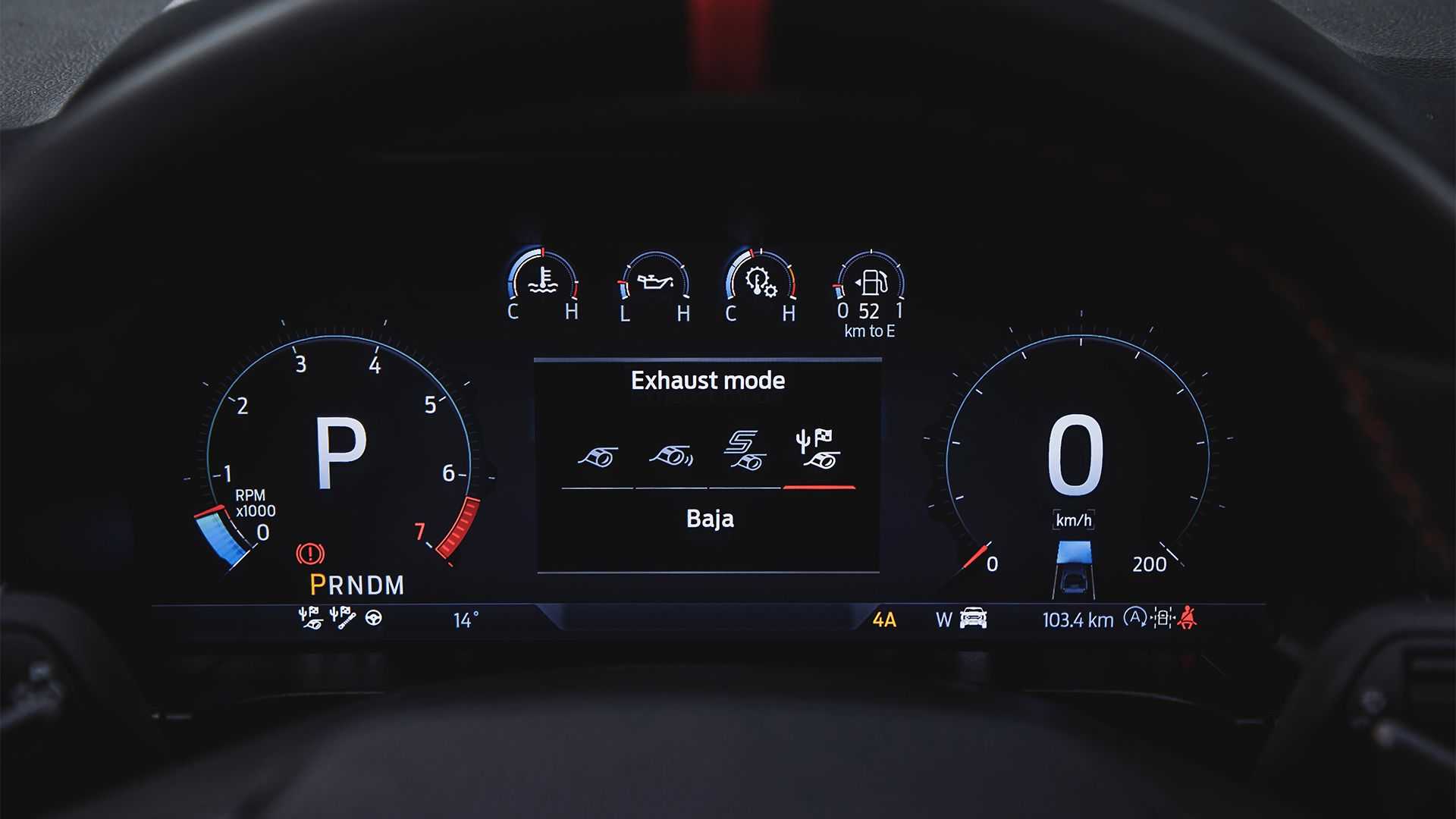 Put the icing on the cake trail control system which debuted on the earlier F-150 Raptor. It’s the equivalent of adaptive cruise control for off-roading. The driver sets a speed below 32 km/h and only cares about steering. On a technical level, Ford engineers have strengthened the chassis.

The suspension comprises new upper and lower control arms made from aluminum. Includes a new set of FOX active dampers 2.5-inch Live Valve. They have been tuned by Ford Performance and offer 50% less friction compared to the previous model. They have a refined Watt’s link geometry for the rear. 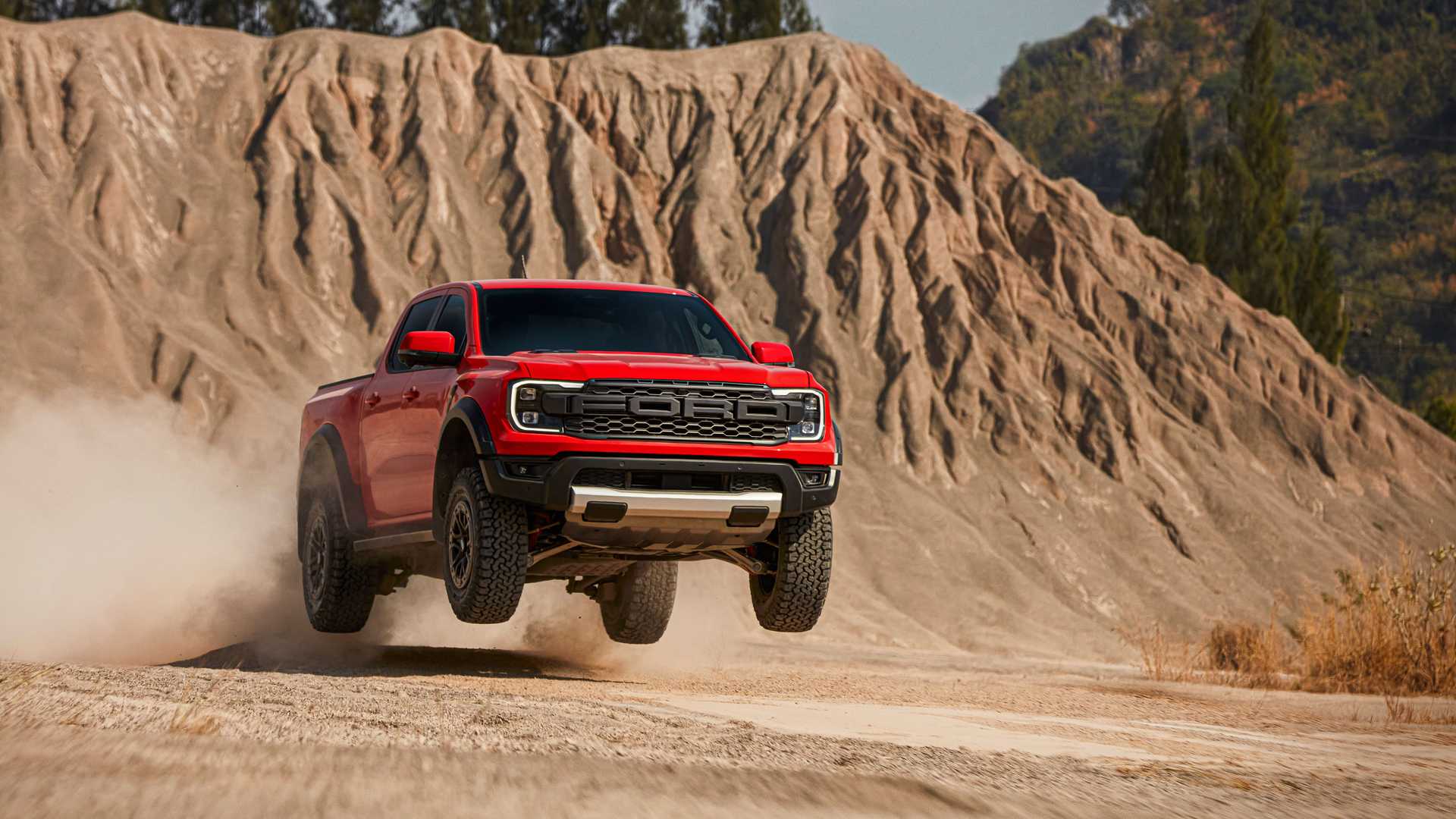 Suspension travel has been increased to 290mm at the front and 250mm at the rear.