The announcement was made during an event held at the headquarters of the MinICT in Bogota. The second version of the guide for adoption blockchain It is already available through the official channels of the ministry.

The Ministry of Information Technologies and Communications of Colombiabetter known as MinTIC, today announced the release of the second version of its reference guide for the adoption and implementation of projects with technology blockchain, instructive that seeks to guide state entities on the process to adapt and use these technologies to strengthen their operational processes.

The announcement took place at an event held today at the headquarters of the MinICT in the city of Bogotá, an event in which representatives of the ministry and entities such as Google, Ripple, Sabra Group, Peersyst and other organizations belonging to the ecosystem blockchain local.

The announcement about the release of the second version of the guide for adoption blockchain The Minister of the MinICT, Carmen Ligia Valderrama, who shared some insights on the work that the entity and the government have been doing to learn more about this technology, while reporting on the availability of the new document.

About this new version of the guide blockchain, Valderrama pointed out that this is the result of the remarks and observations that were made regarding the first document presented in 2021. The official highlighted that there was a lot of interest among the interested parties, who left their comments and observations to refine the aspects considered in the original document. .

Regarding the approach followed by this new guide, the minister emphasized the following aspects:

What does the second version of the guide contain blockchain launched by MinTIC?

During the conference, Valderrama shared with the attendees a QR code with direct access to the second version of the guide blockchain, which is now available for consultation through the official channels and website of the MinTIC. 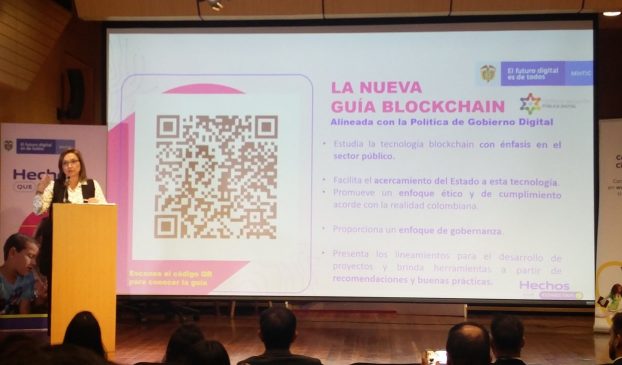 The document was made in support of the Presidential Council for Digital Transformation and Management and Compliancehand in hand with Directorate of Orange Economy and Digital Development of the National Planning Department. It is an 82-page manual which presents the following topics:

If you want to know in more detail the document published by MinICT, you can see it below:

Extension of memoranda of understanding with the MinICT

After presenting the second version of the guide for the adoption of blockchain at the state level, the deputy minister of MinICT, Iván Durán, who made some comments about the achievements that the ministry has had and about the work that some government entities have done that have already carried out their respective tests with blockchain.

Among the latter, Durán mentioned two use cases in particular, and referred to the prototype for land registration carried out by the National Land Agency in conjunction with the team of Peersyst; as well as the exercise carried out by the Agricultural Rural Planning Unit (UPRA) hand in hand with him Sabra Group to make traceability to the production and price of panela. 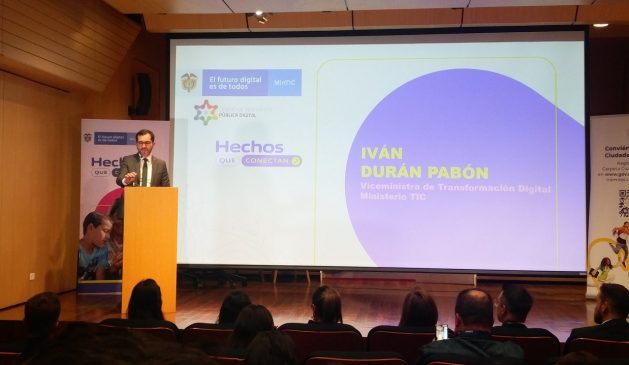 Due to the achievements of MinICT With the aforementioned agencies, the ministry proceeded to sign the extension of the originally established memorandums of understanding, an event that was made public in blockchain and with which the ministry is committed to giving continuity in the work of exploration and development with these new technologies.

WARNING: This is an informative article. DiarioBitcoin is a means of communication, it does not promote, endorse or recommend any investment in particular. It is worth noting that investments in crypto assets are not regulated in some countries. May not be suitable for retail investors as the full amount invested could be lost. Check the laws of your country before investing.