The Ford Ranger 2022 it is already a reality. As revealed by the American firm, it boasts superior off-road credentials and Ford’s dynamic driving DNA. Now, the Ford Ranger has become a global model, so it will be sold in more than 180 countries. It will be produced in Thailand and South Africa early next year.

In the words of the automaker, the new installment of the pick up it is the toughest, most capable and connected Ranger till the date. Developed by Ford with the customer in mind, it will be the ideal companion for work, family and play. As we already told you, it is closely related to the next Volkswagen Amarok. 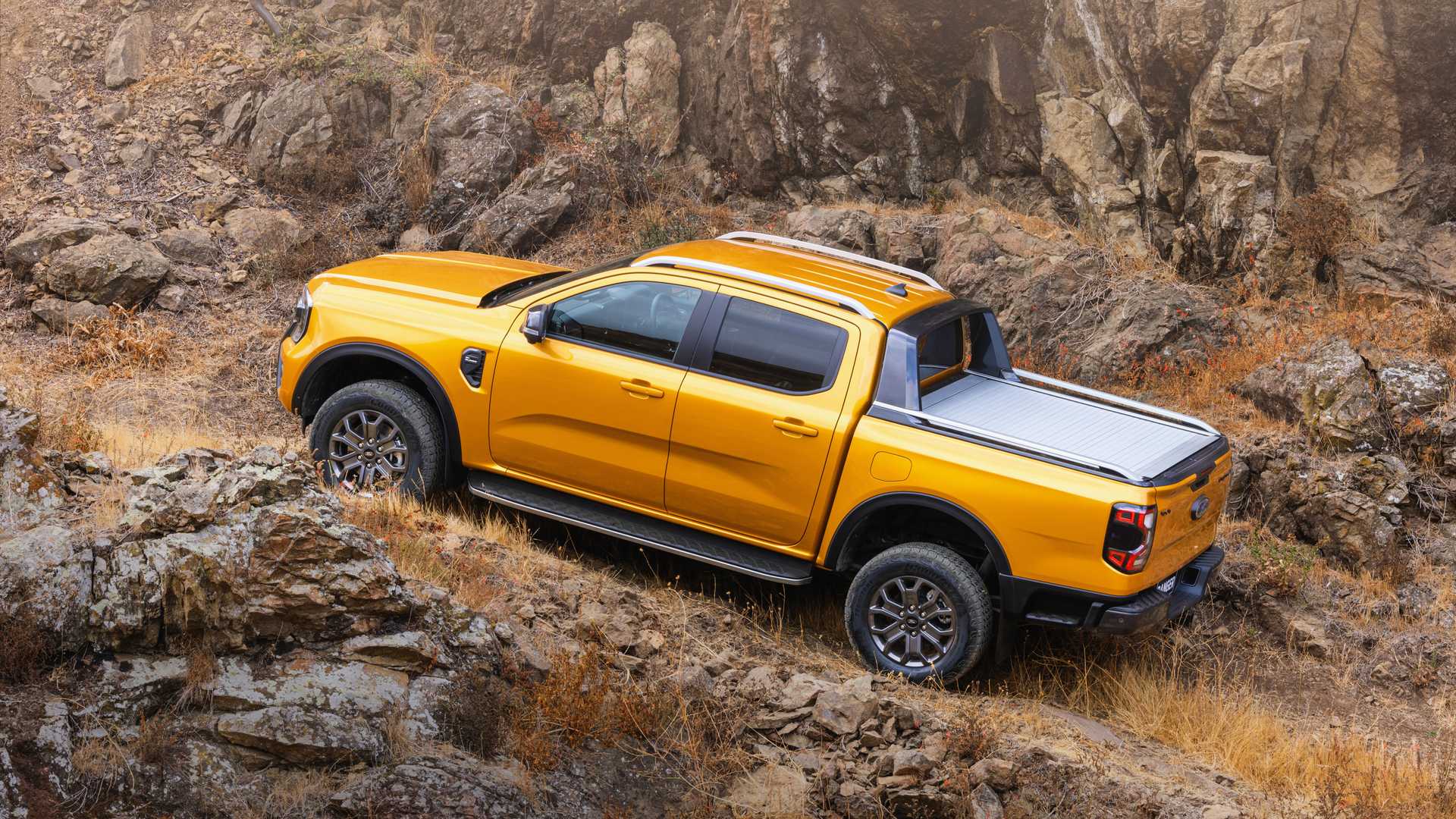 Of course, both companies have promised completely differentiated designs. In the case of the 2022 Ford Ranger, the new vertical C-shaped headlights with optional Matrix LED technology. No less interesting is the single-bar grille with the prominent Ford logo, the sculpted hood, and the muscular, aerodynamic bodywork.

The new Ranger avoids the smooth curves of its predecessor. As we move behind, the design is more evolutionary than revolutionary. The Ranger retains a pronounced shoulder line and familiar cabin, while boasting redesigned LED taillights, new wheels and a rear bumper with steps for easy access to the box. 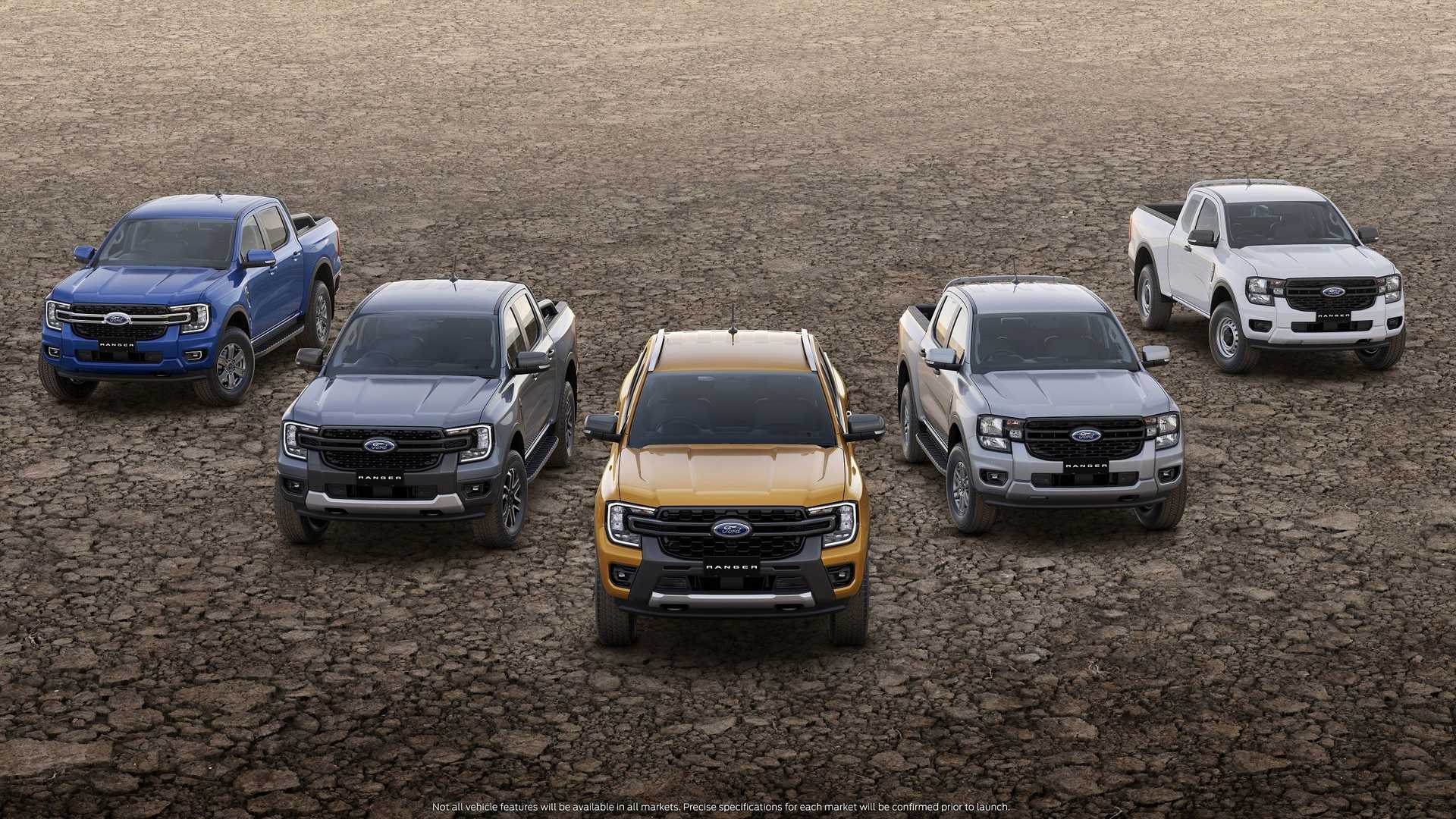 Also noteworthy are 50 mm wider track and wheelbase widths. Ford has not detailed the trim levels available, but we can see the single and double cab models, as well as various finishes. The most complete and eye-catching Wildtrack stands out especially. The brand has also announced that they will be offered close to 600 accessories of fabric.

More technology and robustness inside

The 2022 Ford Ranger presents a high-tech interior. It features digital instrumentation and a SYNC4 infotainment system with vertical screen displays. 10.1 or 12 inch. They do not lack a specific off-road screen for «monitor transmission, steering angle, vehicle pitch and roll angles«.

The pick up also includes a built-in modem to ensure a extensive connectivity. As with other models, many functions can be carried out through the FordPass app. Of course, the whole design of the dashboard and the center console are new, finding higher quality materials, contrasting stitching and a new steering wheel. 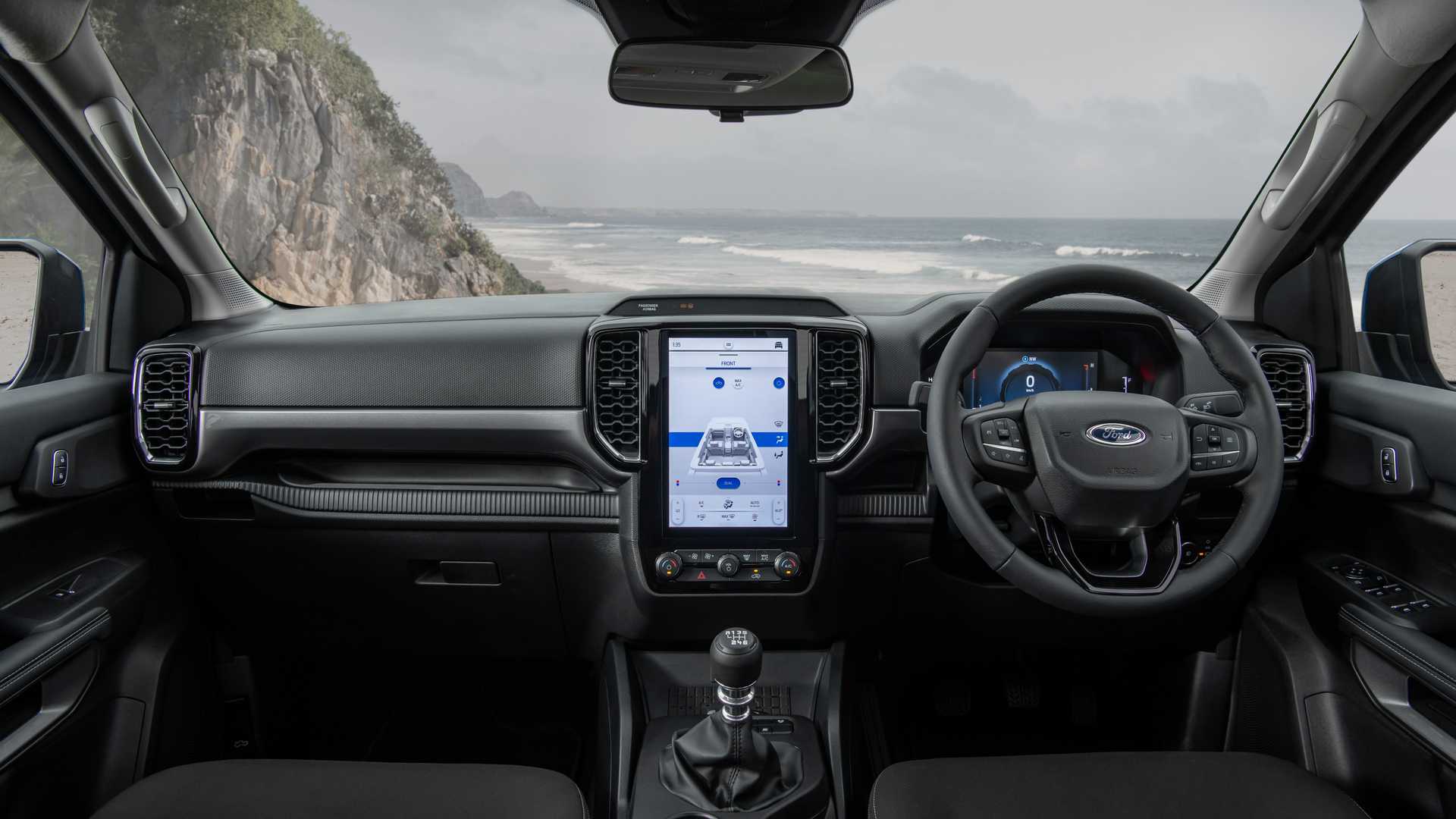 Ford has not given many details of equipment, but the wireless charger of the smartphone and smart, expanded storage solutions. The box, for its part, enjoys larger dimensions and a new coating. We also see additional tie down points and a new cargo management system with movable dividers.

The icing on the cake is the tailgate, which can function as a mobile workbench. Without going any further, it has an integrated ruler and clamping anchors to measure, grab and cut construction materials. Additionally, the zone lighting system provides 360 degrees of illumination at night. 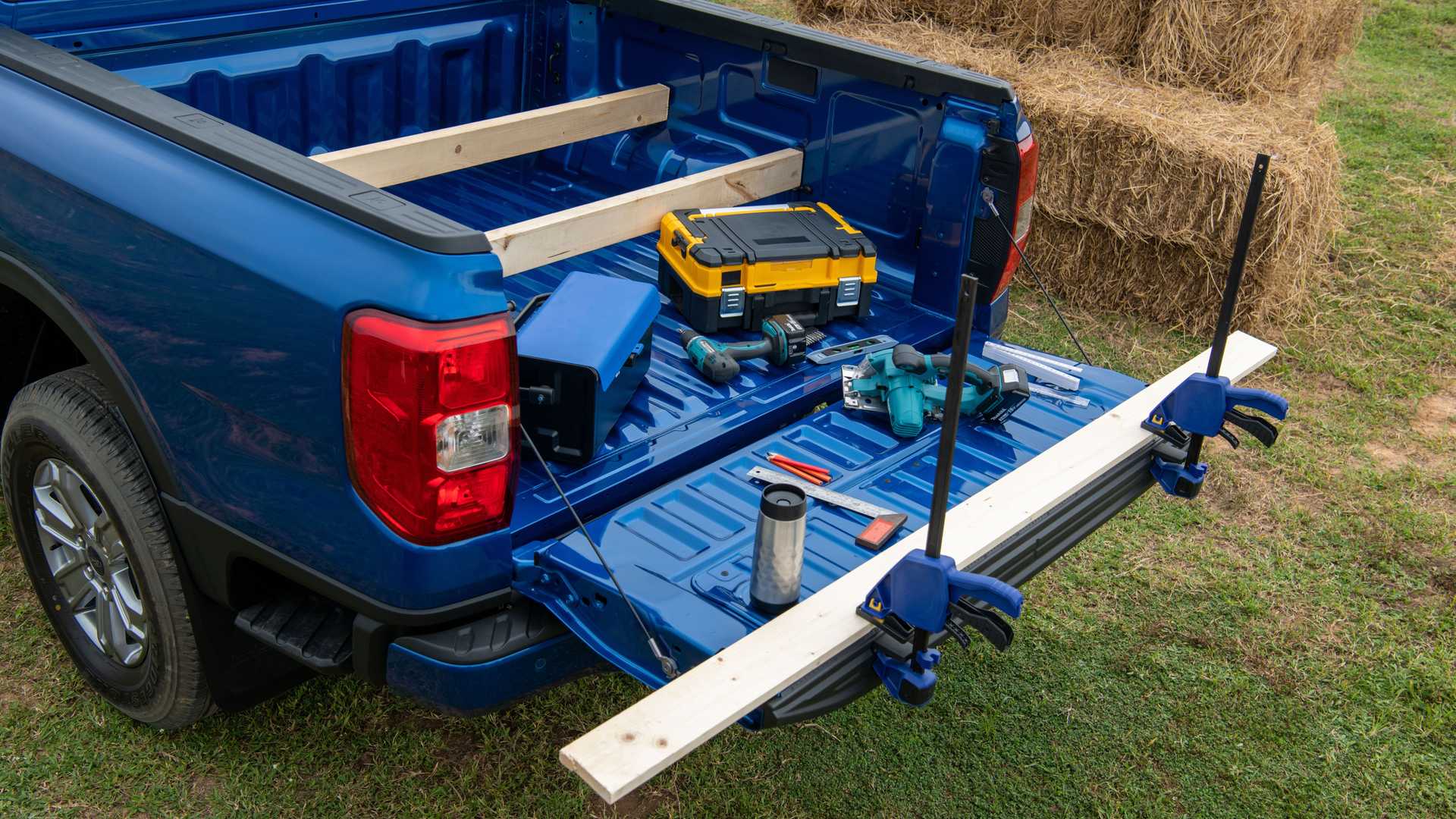 Under the hood of the new Ranger we find three turbo diesel engines. Availability will depend on the market, because in Europe I doubt we will see the new 3.0-liter V6. This is joined by an engine four-cylinder 2.0-liter which is available with one or two turbochargers. The single turbo variant can be ordered with two unspecified power levels.

On the other hand, the four-cylinder biturbo is advertised as a “more sophisticated” option. This should appeal to customers looking for a combination of performance and efficiency. There will also be a 2.3-liter four-cylinder EcoBoost engine. The Ranger is offered with three different gearboxes, the six-speed manual being standard. 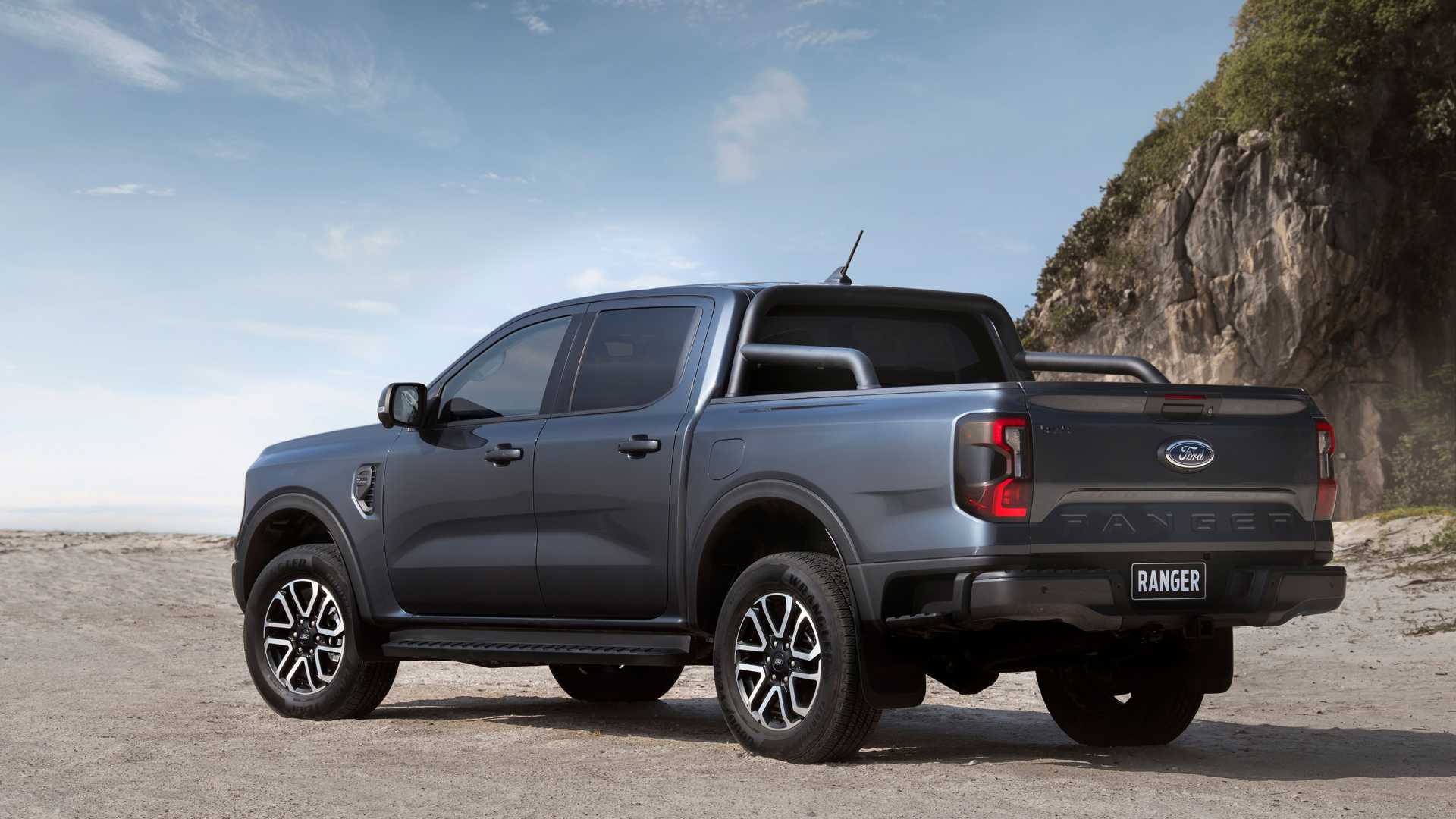 It will be joined by a six-speed automatic and an updated ten-speed automatic. Will be offered in 4 × 2 and 4 × 4 configurations, the latter of two types. Ford has also announced a ‘improved chassis»And a frontal structure that prepares the Ranger to receive other propulsion technologies, such as the plug-in hybrid for Europe.

In addition to the updated chassis, the front wheels have been shifted forward to allow for a greater entry angle, although the data is not provided. Furthermore, the rear suspension shock absorbers have been relocated to offer a more comfortable ride both on and off the asphalt.