Apple posted a new version of the OS for Apple Watch a few hours ago. Except that not all watchOS 8 compatible Apple Watches can take advantage of it.

Indeed, watchOS 8.4.1 is only offered for the following watch models:

The Apple Watch Series 3, which is compatible with watchOS 8.4, is not included. 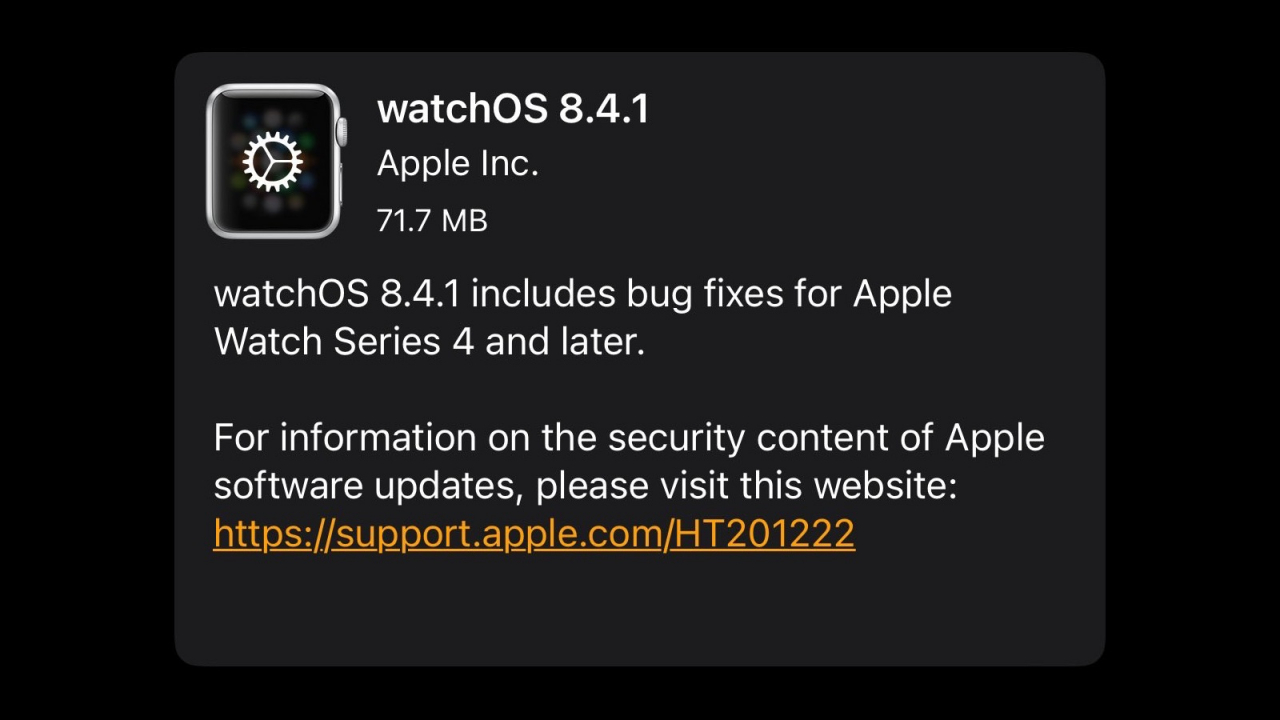 Difficult at this stage to know the content of this update. According to Apple, this would be the provision of bug fixes and security vulnerabilities. It could then be that the dysfunction of the synchronization of the contents of the Wallet app between Watch and iPhone is resolved.

If you detect a change with this new version of watchOS, do not hesitate to let us know in the comments.

Finally, remember that version 8.4 of watchOS has been available for all watchOS 8 compatible watches for a week now. In the meantime, watchOS 8.5 has come to the end of its beta version.