Mercedes-Benz has become the first automotive company in the world to meet the stringent legal requirements of the UN-R157 standard for a level 3 autonomous driving system. The German Federal Road Transport Authority (KBA) has been the one who has granted the approval of the system. 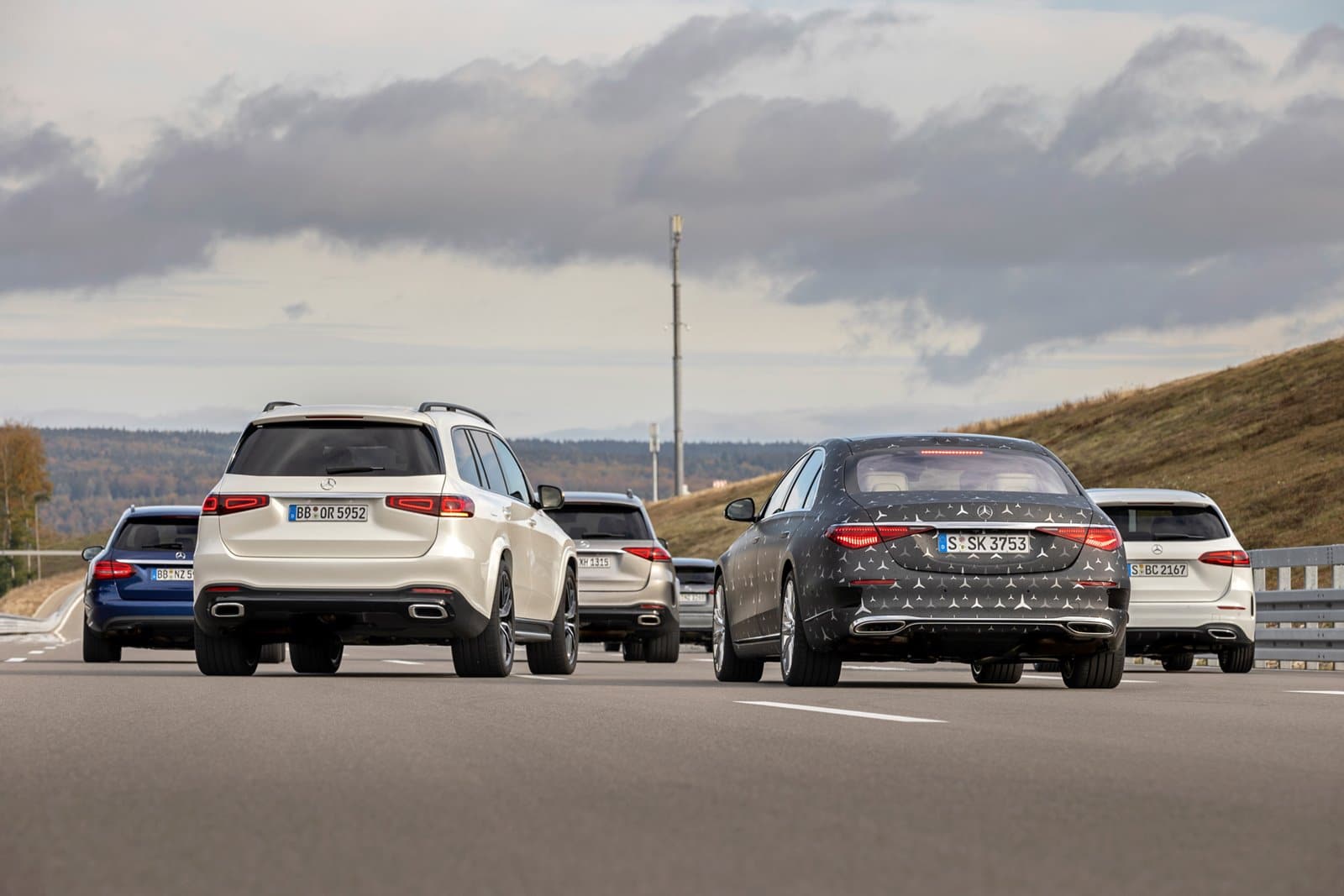 This paves the way for offer such a system internationally, provided that national legislation allows it. For now, Germany has taken a pioneering role in this regard with the opening of the Traffic Act (StVG) for level 3 autonomous driving systems in 2017. There, the S-Class with DRIVE PILOT will be offered in the first half of 2022 .

What is the S-Class capable of with DRIVE PILOT?

The new system allows the S-Class assume driving at speeds of up to 60 km / h in heavy or congested traffic situations on highway sections. The special DRIVE PILOT equipment unloads the driver and allows him to perform ancillary tasks on the center display, such as shopping online or managing emails.

This is possible thanks to the In-Car Office system. The controls required to activate it are located on the steering wheel rim, on the left and right, above the thumb holes. When the driver activates the DRIVE PILOT, the system controls speed and distance, and guides the vehicle effortlessly within its lane.

The profile of the route, the events that occur on it and the traffic signs are taken into account accordingly. The system also reacts to and manages unexpected traffic situations autonomously, for example, by means of avoidance maneuvers within the lane or braking maneuvers.

System approval also applies to EQS. Mercedes-Benz is initially offering DRIVE PILOT on 13,191 motorway kilometers in Germany. In addition, extensive testing of this system is already underway in other countries such as the United States and China. The only thing missing is that there is a national legal framework in the different countries. 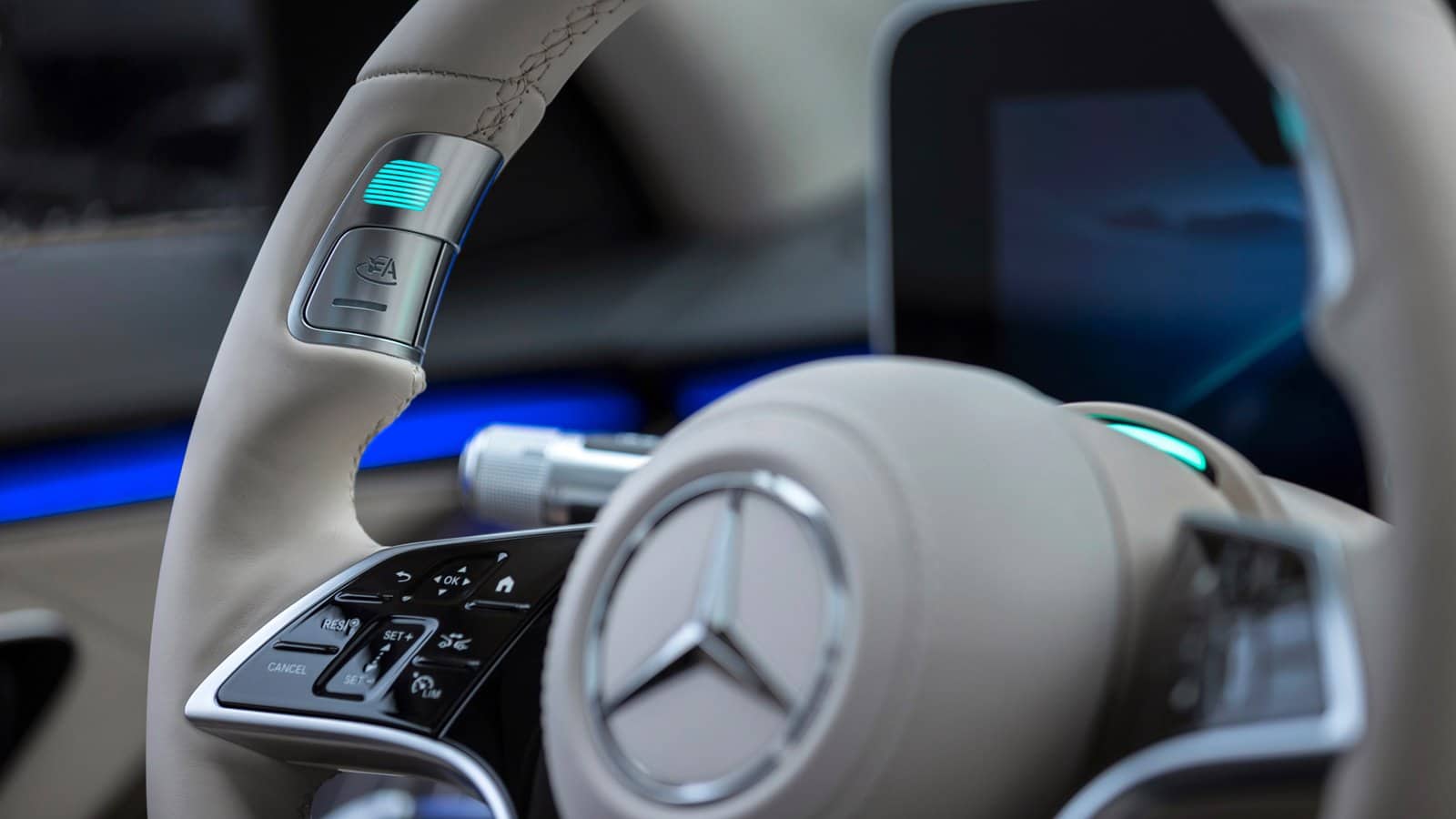 In DRIVE PILOT mode, applications can be activated on the vehicle’s integrated center display that would otherwise be blocked while driving.

How does it work?

DRIVE PILOT is based on the environment sensors of the driving assistance package and includes other sensors that Mercedes-Benz considers essential for safe and conditionally automated driving. These include LiDAR, as well as a rear window camera and microphones.

These are essential for detecting blue lights and other special signals from emergency vehicles. Nor is missing a humidity sensor in the wheel well. The DRIVE PILOT receives information about road geometry, route profile, road signs, and unusual traffic events from a high definition digital map. 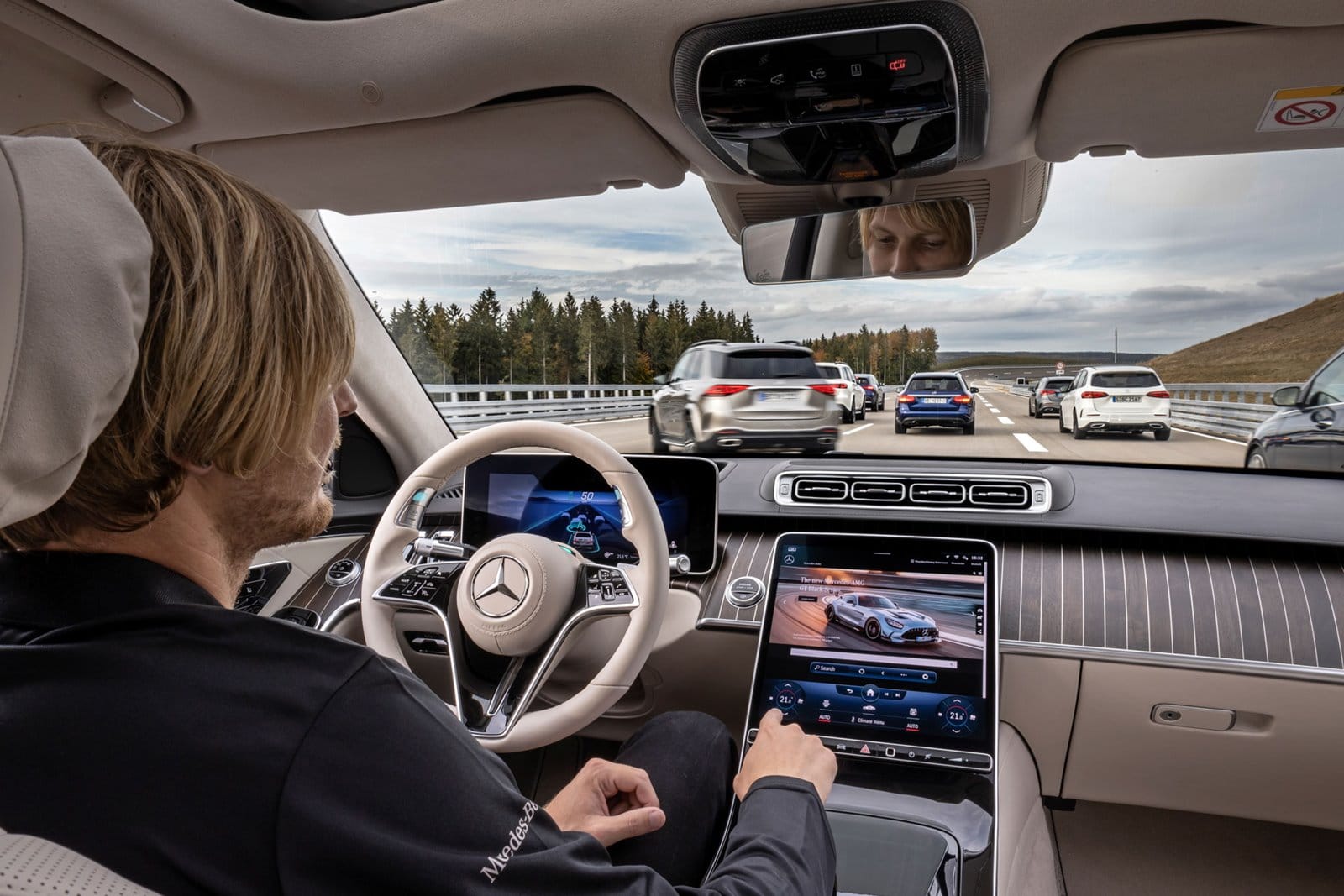 This is made available and updated over a connection backend. The S-Class with the optional DRIVE PILOT also has additional steering and braking systemsas well as an on-board electrical system, so that it remains maneuverable even if one of these systems fails and the safe relief of the driver can be ensured.

If the driver does not regain control, even after an increasingly urgent request and the end of the take-over time, the system brakes the vehicle to a stop. At the same time, the hazard lights come on and, once the vehicle has come to a stop, the emergency call system is activated and the doors and windows are unlocked. 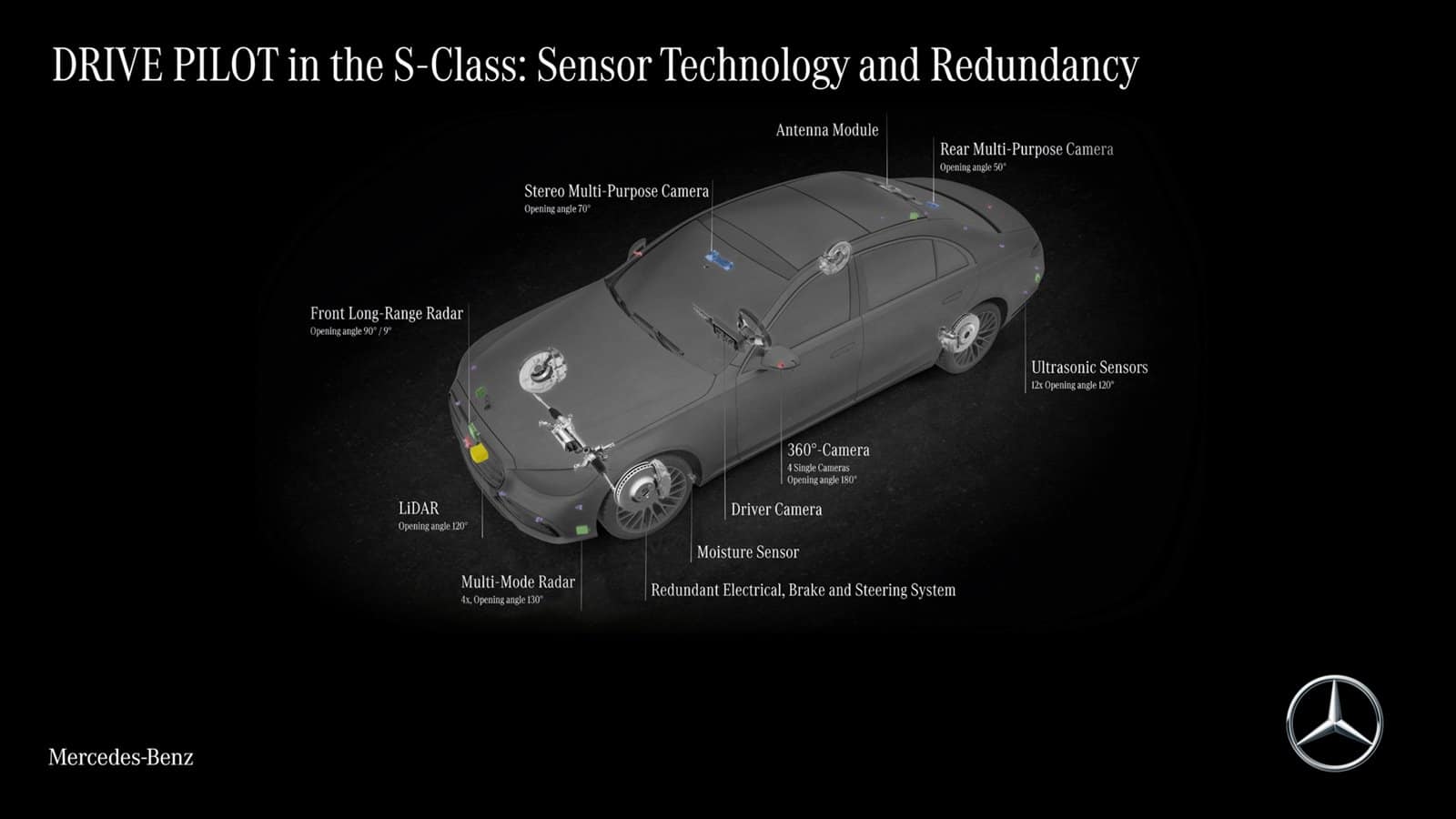 The exact location of the S-Class is determined by a system of high precision positioning. This is much more powerful than conventional GPS systems. In addition, data obtained from satellite navigation is compared with data from sensors and data from an HD map. This provides a three-dimensional image of the streets and the surroundings.