The suffix ‘LT’ stands for ‘Longtail’, a term that became common for racing cars that featured a longer rear end on the 24 Hours of Le Mans from the late sixties.

The elongated rear end made racing cars like Porsche 917 they were even faster on the straight Mulsanne, a beast of almost 6 km.

In 1997, the McLaren F1 GTR Longtail won the GT1 class in the most famous endurance race in the world. With the McLaren 765LT, the British sports car manufacturer transfers this aerodynamic principle to the road once again. 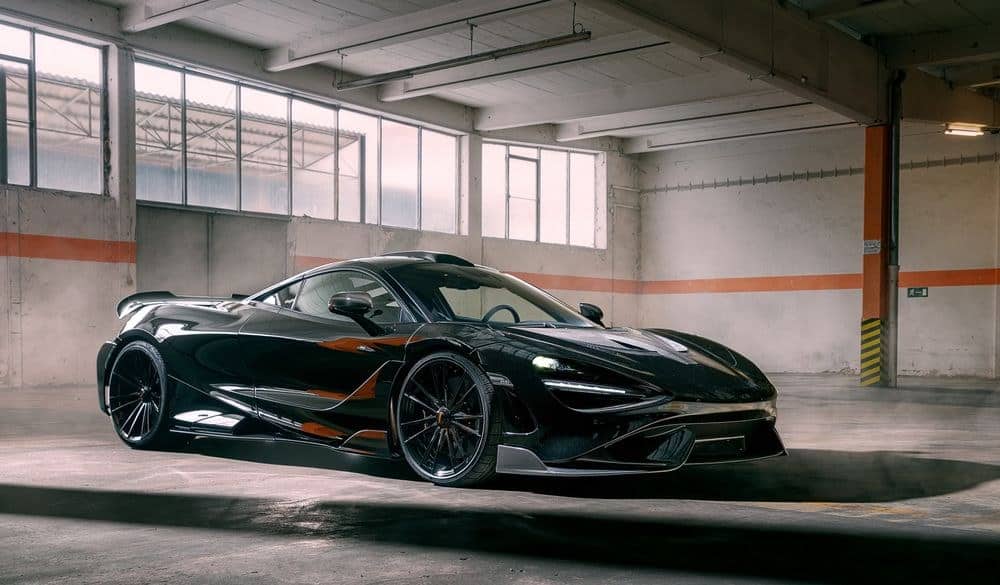 The lightweight two-seater is the perfect base for NOVITEC upgrades the four-liter, forced-induction eight-cylinder engine with two turbochargers to bring its power to 629 kW / 855 hp and 898 Nm of torque.

The preparer has also equipped the model with new high-tech 20 and 21-inch forged wheels signed by Vossen. Additionally, custom pure carbon fiber aerodynamic enhancement components can give the body an even more competitive design.

With its combination of a lightweight design and a high-performance four-liter biturbo V8 engine, the McLaren 765LT is one of the most dynamic production sports cars on the market. NOVITEC further enhances these talents with professional engine tuning offered in three variants. All three kits are based on a plug & play NOVITEC N-TRONIC auxiliary control unit that adapts to the electronic controls of the vehicle’s engine. 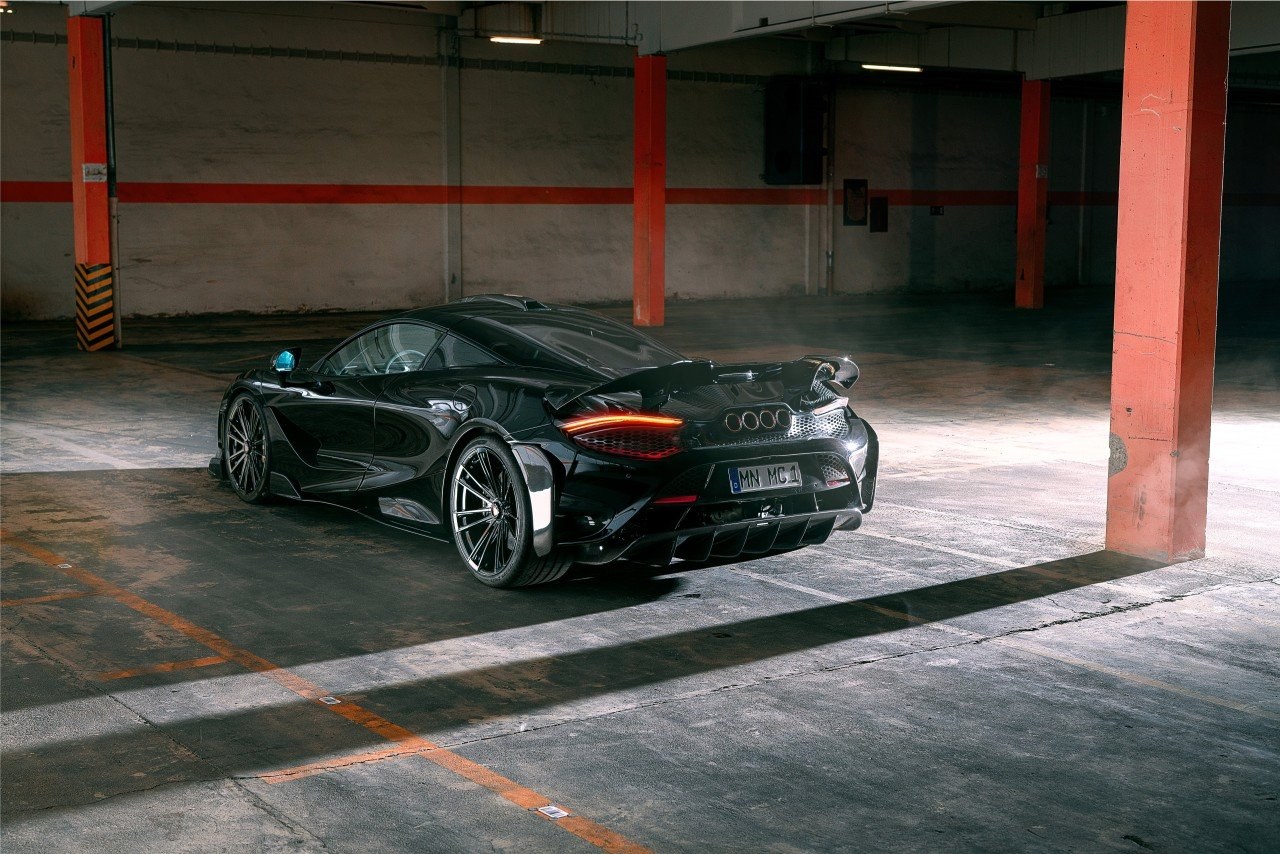 The most powerful Performance Stage 2, which also includes a NOVITEC RACE high-performance exhaust system, increases maximum power by 66 kW / 90 hp and increases the maximum torque by 98 Nm. This means that the accelerator pedal masters some impressive 629 kW / 855 hp at 7,400 rpm and a maximum torque of 898 Nm at 6,300 rpm. In combination with a curb weight of less than 1350 kilograms, the NOVITEC tuned 675LT offers first-class driving performance. The sprint from rest to 100 km / h takes 2.5 seconds. The model is capable of reach 200 km / h in 6.5 seconds. The two-seater reaches a top speed of more than 330 km / h. 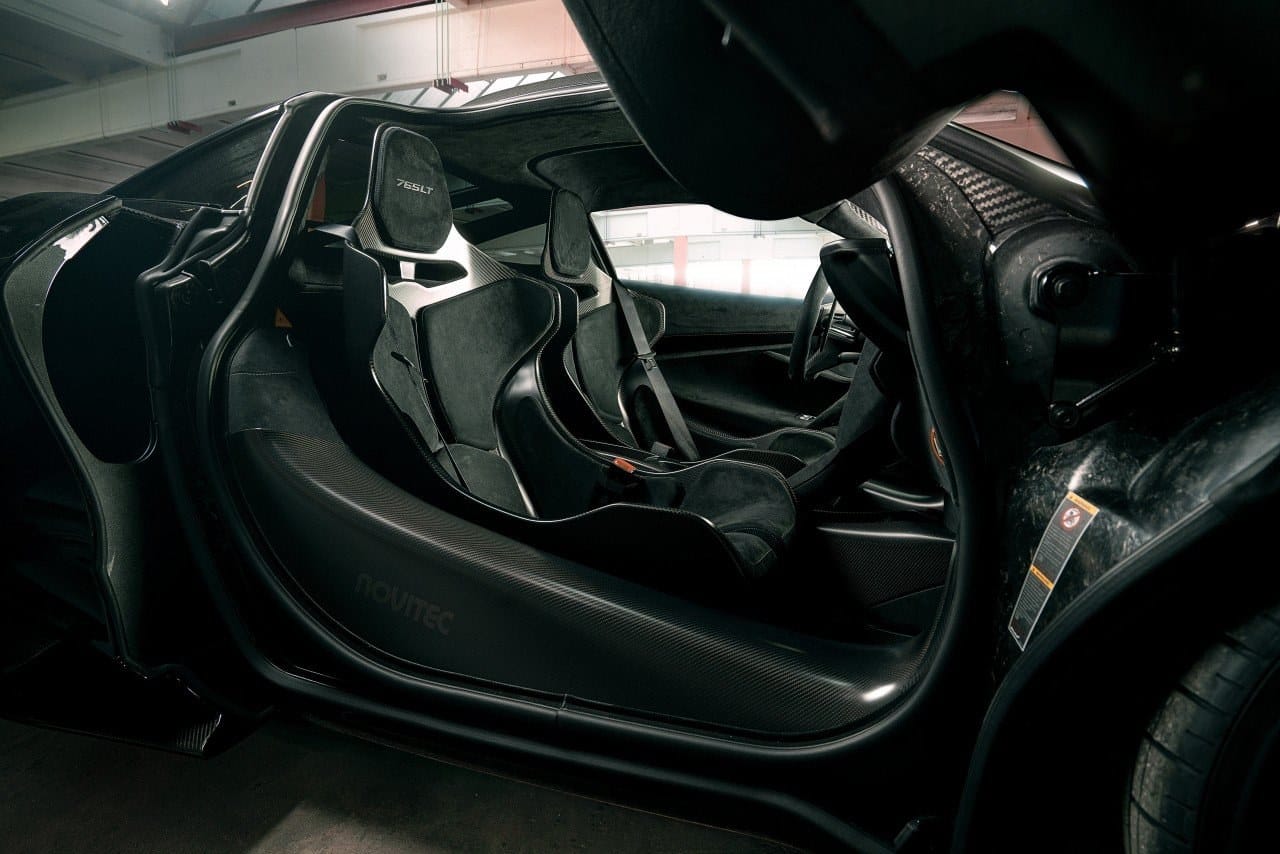 Either as part of the engine tuning or in conjunction with the stock engine, the NOVITEC high-performance exhaust system made from INCONEL, an alloy that is also used in Formula 1 racing, is not only even lighter than the system Titanium as standard, it also optimizes power delivery. In addition, the exhaust system scan be completed with 100-cell sports metal catalysts.

The new NOVITEC sport springs They are specifically tailored and reduce the McLaren’s ride height by about 20 millimeters and make handling even more agile due to the lower center of gravity.

The NOVITEC designers developed the aerodynamics with upgrade components that also give the 765LT body an even sportier look thanks to visible carbon inserts in various areas such as the tair intake on the ceiling.

The cabin can also be refined in every detail according to the wishes of the 765LT owner. The finest leather and Alcantara can be ordered in any color.