When the first generation of the Hayabusa, made a huge impact on the motorcycle world by offering a whole new level of speed, power and overall performance.

It immediately took the title of the fastest production motorcycle in the world and gave rise to the definitive category of “Ultimate Sport Bike“, Also called”Fast bike”. Although the Japanese manufacturers imposed themselves a limit that ended the war for the highest top speed, the Hayabusa’s outstanding figures in all measures in terms of performance, combined with its excellent handling qualities, which the they made a very agile bike. This, together with a striking image, with a great personality and very identifying, has kept it in the number one position in the category for the last two decades. 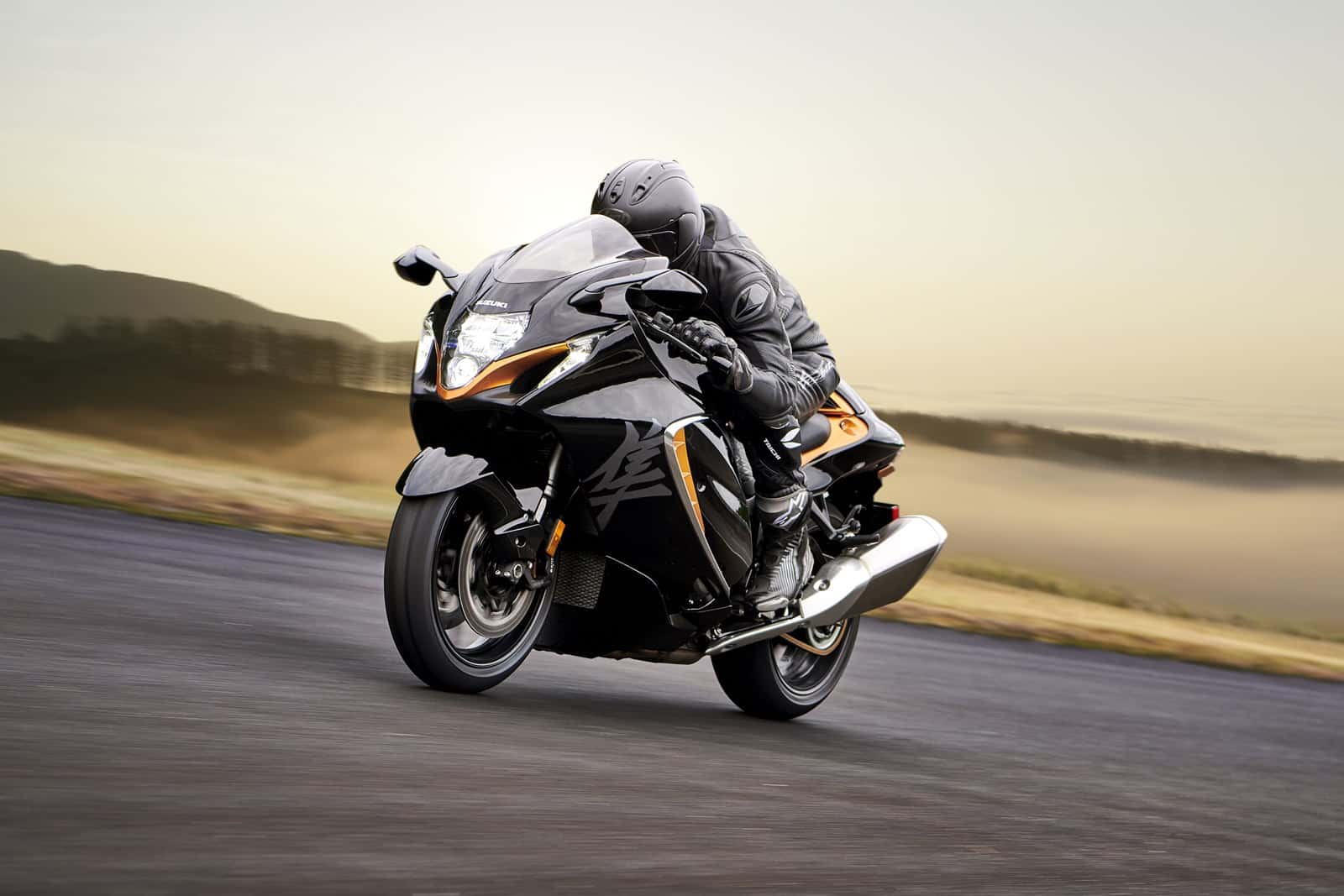 In 2008 Suzuki made a profound change to the modelBut it kept all the distinctive features of the original Hayabusa, while increasing engine displacement and making bold changes, including a bold new body design.

In 2013, in addition to the additional performance upgrade, front brake enhancements were added and an anti-lock braking system (ABS) was added.. These new features helped sell more than 74,000 second-generation units, bringing total Hayabusa sales to more than 189,000 units. 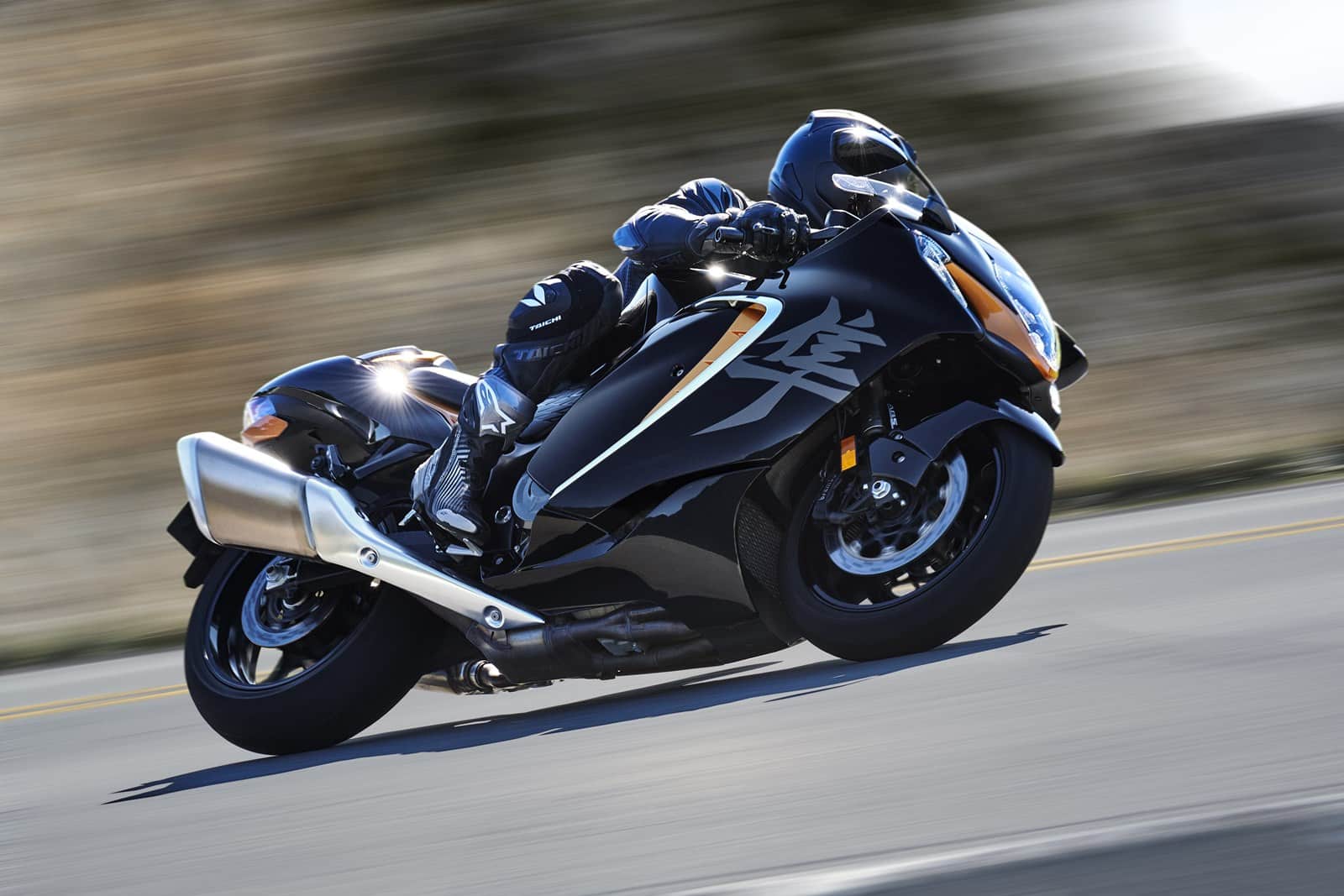 Since then, Suzuki’s team of engineers and designers have been working tirelessly to refine countless aspects of the bike as a whole to create a completely new generation that we announced last week and today we show you in full. The third generation Hayabusa takes advantage of the latest technological innovations to give it greater control and comfort.

The new Hayabusa has been designed under the concept of “The Refined Beast”. The goal has been to visually express the intelligence embedded in electronic control systems that enhance and advance the driving experience, and cleverly unite it with daring, ‘beast-like’ styling. 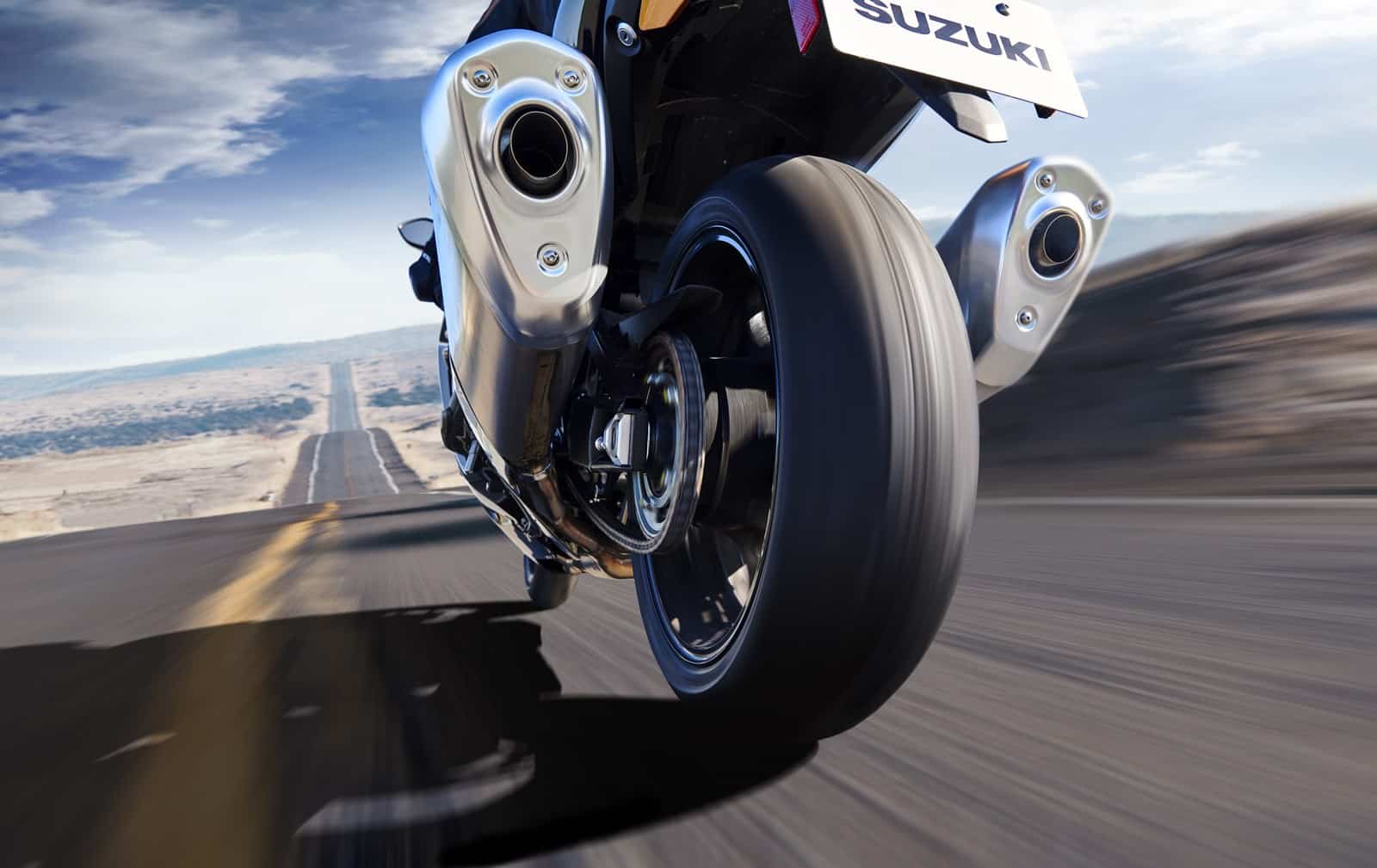 The style conveys a modern, high-performance image with new shapes, all while faithfully inheriting the sharp “windbreaker” silhouette and overall look that has made the Hayabusa famous.

An ergonomic aggressive stance, conveyed by its forward mass impression, the upturned tail, bold new taillight combination, and the straight, upward projected line from the manifolds to the end of the mufflers.

A modern and luxurious look expressed in its sharpest lines, with careful attention to detail, also highlighting the intricate shape of its large and striking surfaces on the side covers of the fairing, the solid and aerodynamic appearance of the new and attractive design of the mirrors , and that of the new sloped 7-spoke wheels. 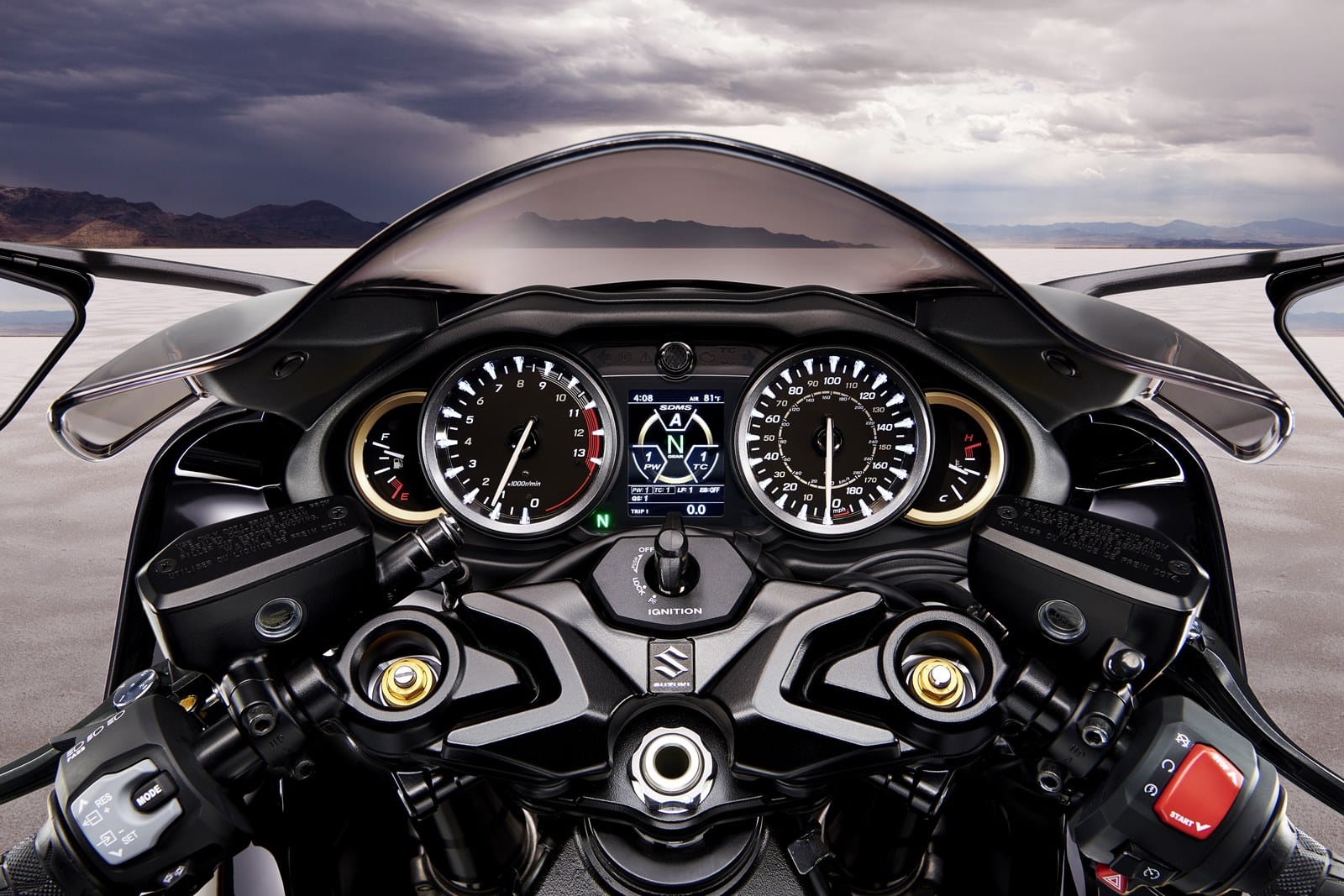 The new model is based on the Legendary 1,340 cc high-performance inline four-cylinder engine from the previous Hayabusa, in which Suzuki has made many changes to further improve efficiency and reliability.

The new exhaust systemWith its exclusive design, it contributes to improving power and torque at low and medium speeds, as well as to adapt to Euro5 regulations.

Improved engine characteristics result in smoother and more consistent power delivery at low and mid-range, the most used in daily driving.

The lightweight and strong aluminum alloy frame and swingarm are constructed from die-cast and extruded parts to combine the best performance with proven reliability. 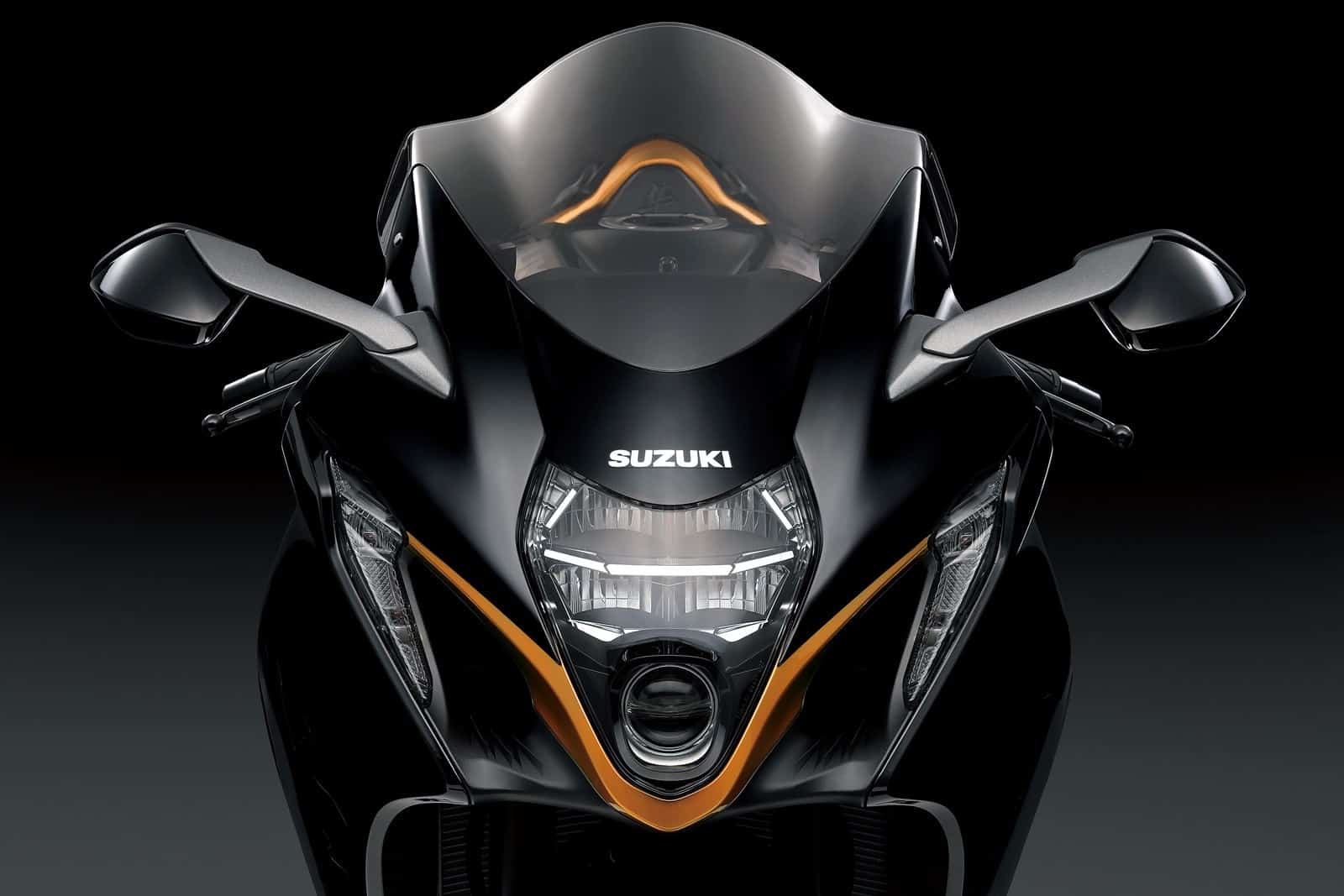 The aerodynamic “windbreaker” design It offers one of the best aerodynamic coefficients achieved by a series production motorcycle, with excellent lift characteristics and protection against the wind, as well as contributing to stability and control at high speed. This makes driving more comfortable and less tiring. 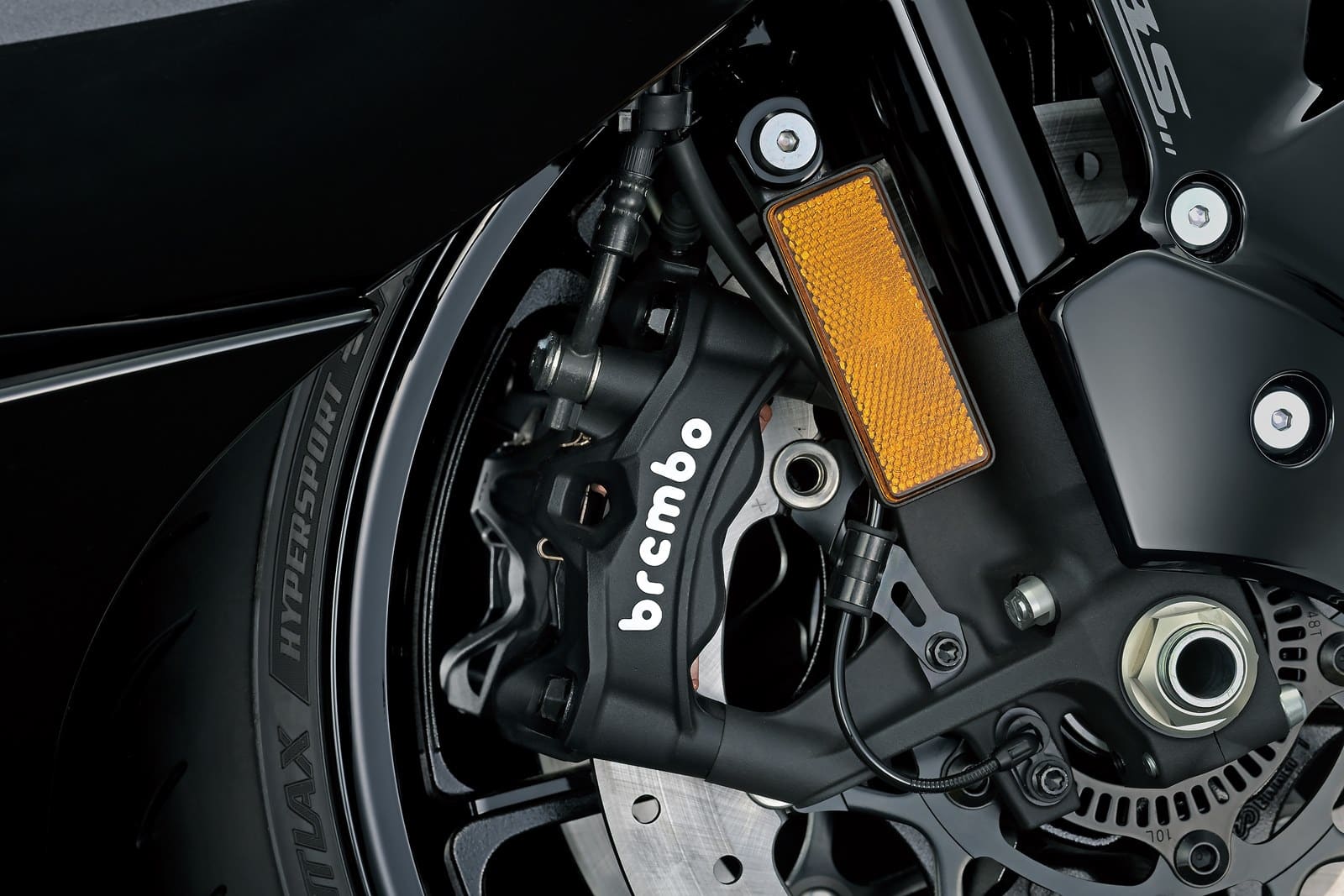 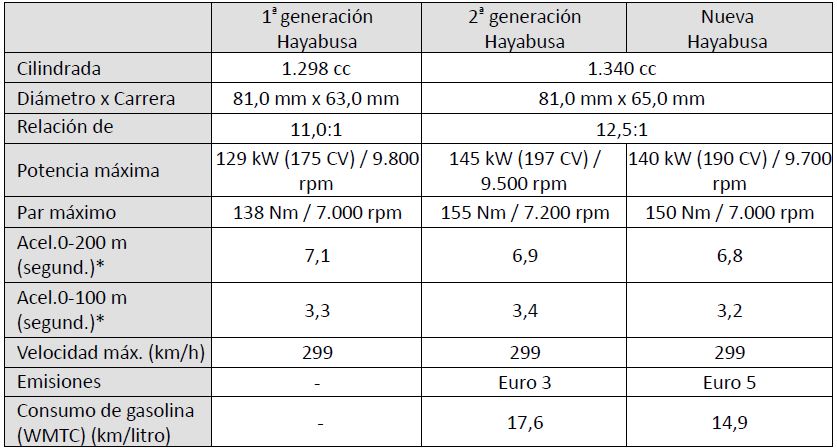 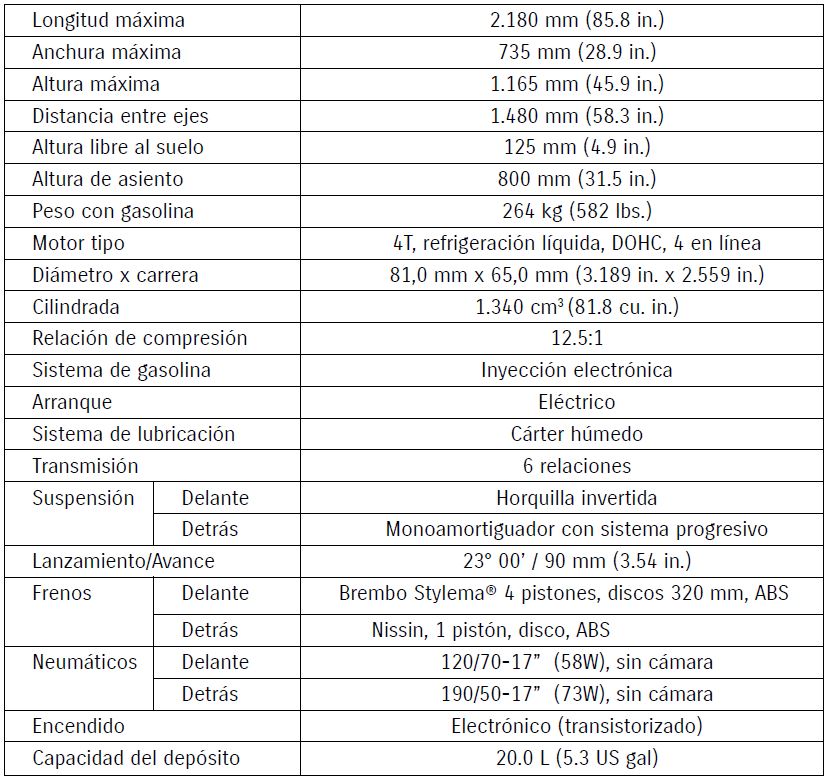