The Volkswagen Taigo lands on Spanish soil these days to conquer the younger public. To achieve this, the German manufacturer is committed to a more dynamic design, a range with complete equipment and good performance engines.

The new Volkswagen Taigo very reminiscent of the Nivus that is sold in Latin America for a few months, although the model produced in Spain has a chassis adapted to the needs and tastes of the old continent, and a much higher quality of construction.

The arrival of the new Taigo at the Spanish Landaben plant in Navarra has achieved that for the first time three different models are produced at the same time. This plant is one of the most efficient and effective in the Volkswagen Group, producing no less than 1,438 vehicles every day.

Of course the chip crisis is taking its toll on the Volkswagen Group but at the Landaben plant they have managed to adapt the work well to the availability of parts thanks also to the help of a staff that has put a lot on their part to adapt to the situation. 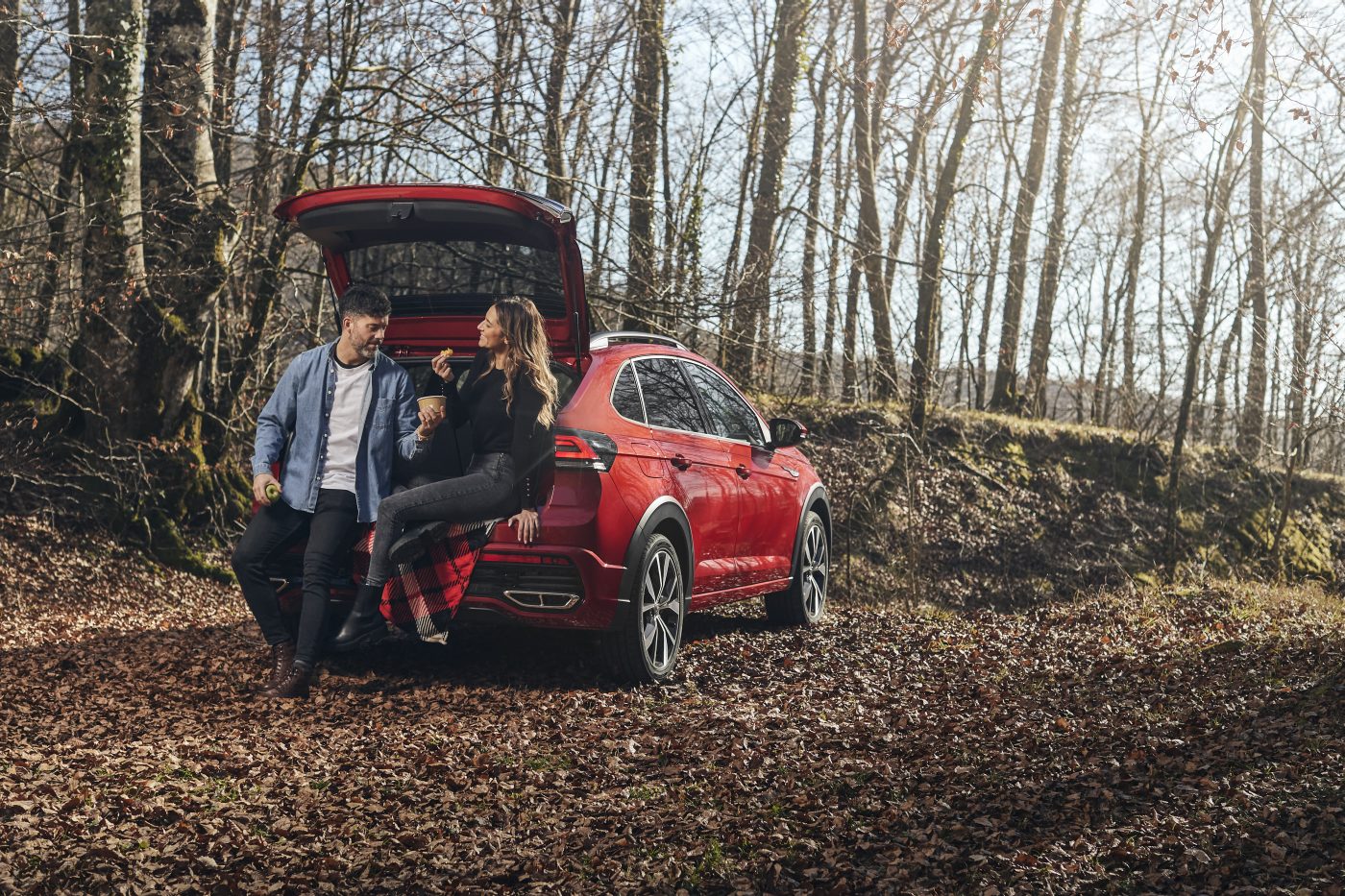 Volkswagen Spain is not clear about the number of Taigo that will leave the Spanish plant since here production is adapted to demand in a very dynamic way.. 50% of production is expected to fall on the T-Cross which enjoys sensational sales (some 152,000 by 2022 are estimated) and some 60,000 Polo, leaving some 91-92,000 units from the newcomer.

Yes, those responsible for the German firm for Spain have mentioned that in our country the reception has been very good and also without cannibalizing the sales of other similarly cut models such as the T-Cross and T-Roc. They are also clear from the Spanish subsidiary that the brand will be the leader in sales of B-segment SUVs, something that they already achieved in 2021 with more than 30,000 units sold.

The Volkswagen Taigo lands in Spain for now with two trim levels and three gasoline engines with environmental label «C». No alternative with light hybridization or with other fuels is expected in the short term, so it seems that the methane option will not be part of the range.

The Taigo entry mechanic is the well-known 95 hp 1.0 TSI in combination with a five-speed manual gearbox. It works very well for an entry option and is valid for those who make especially urban use and occasional getaways on weekends. 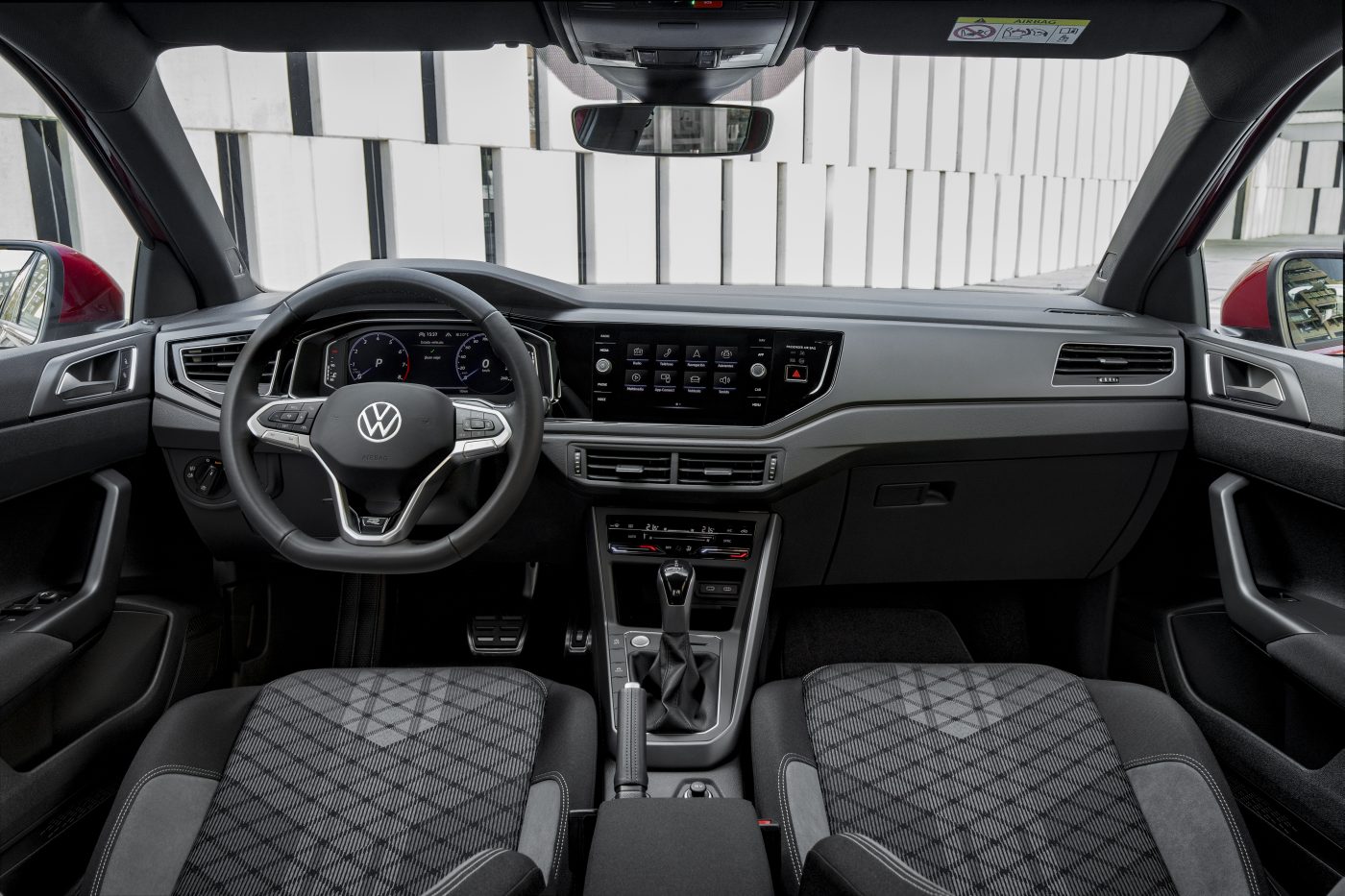 The most balanced engine is the 1.0 TSI 110 hp which can be ordered with a six-speed manual transmission or with the seven-speed DSG dual-clutch box. This block has a brisk and agile ride, and also does not use much fuel. The brand trusts this version as the most demanded, with a 50% mix between manual transmission and DSG.

See also  Toyota Glanza, this is the 2022 version for India

top of the range It is the 150 hp 1.5 TSI in combination with the seven-speed DSG dual-clutch box. It is an engine that runs well and moves the Taigo assembly with ease, but I think it is not necessary to opt for this version since the 110 CV already fulfills its function very well. In the Taigo also this block of 150 hp does not have selective disconnection of the cylinders. 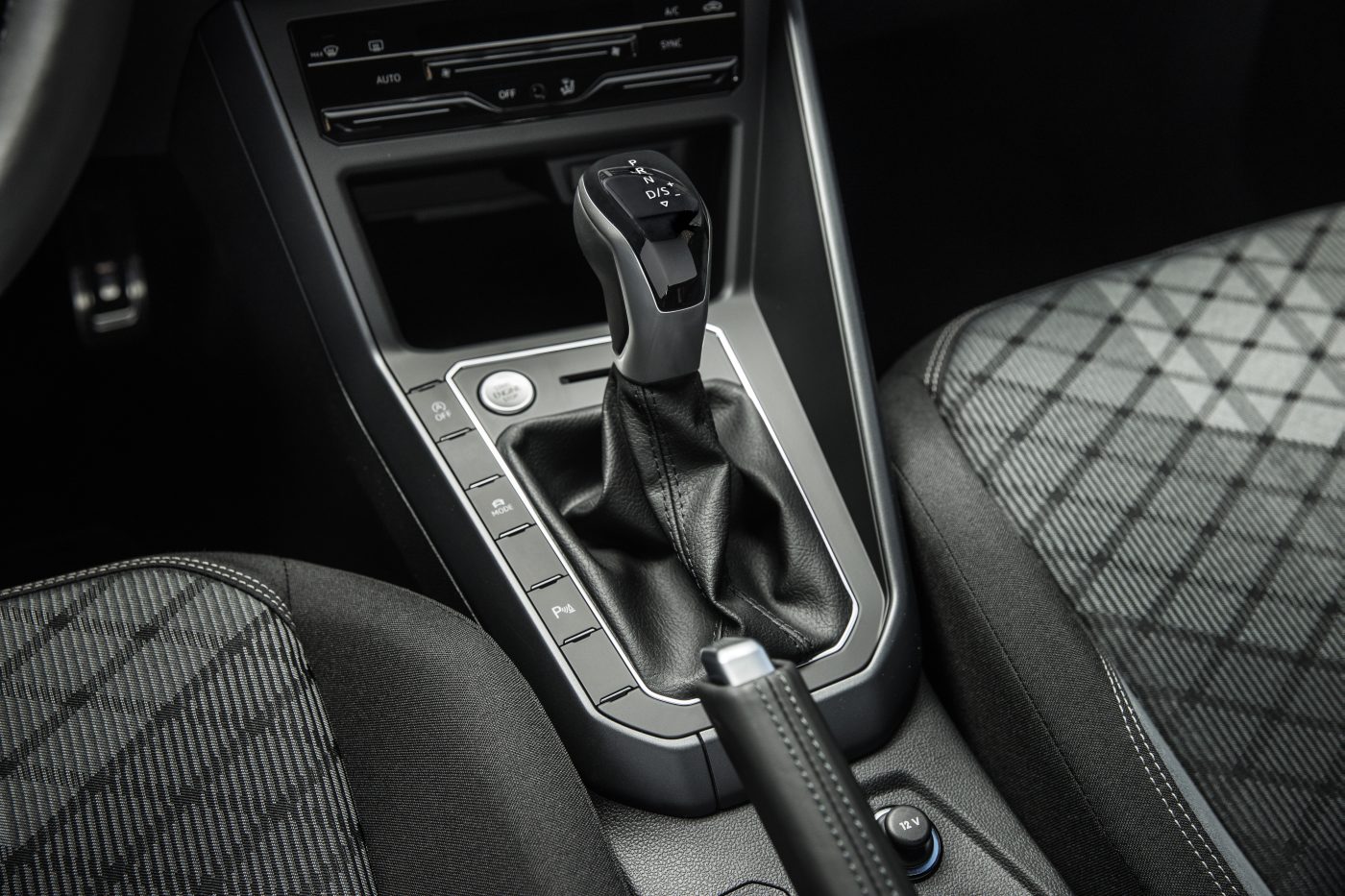 All versions of the Taigo include the engine start and stop system (Stop&Start) and a simple drive system for the front axle. There will be no all-wheel drive option. So if you are looking for a car in this segment with all-wheel drive, you should opt for the T-Roc at Volkswagen.

The trim levels were originally three but due to current problems with the chips the range has been limited to the two most complete called Life and R-Line. This has allowed Spain to have such a complete range that in a way justifies somewhat higher rates than direct rivals. 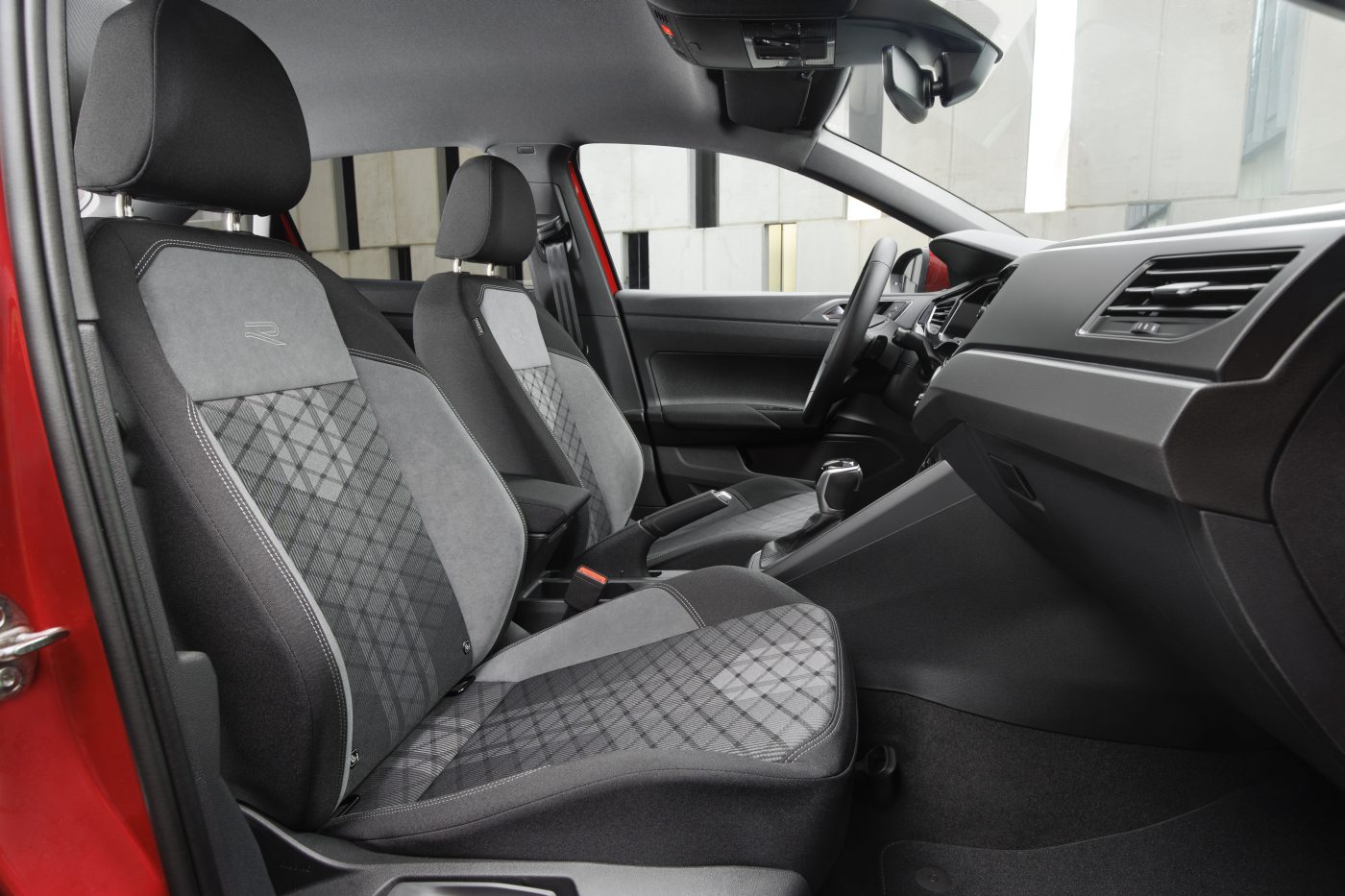 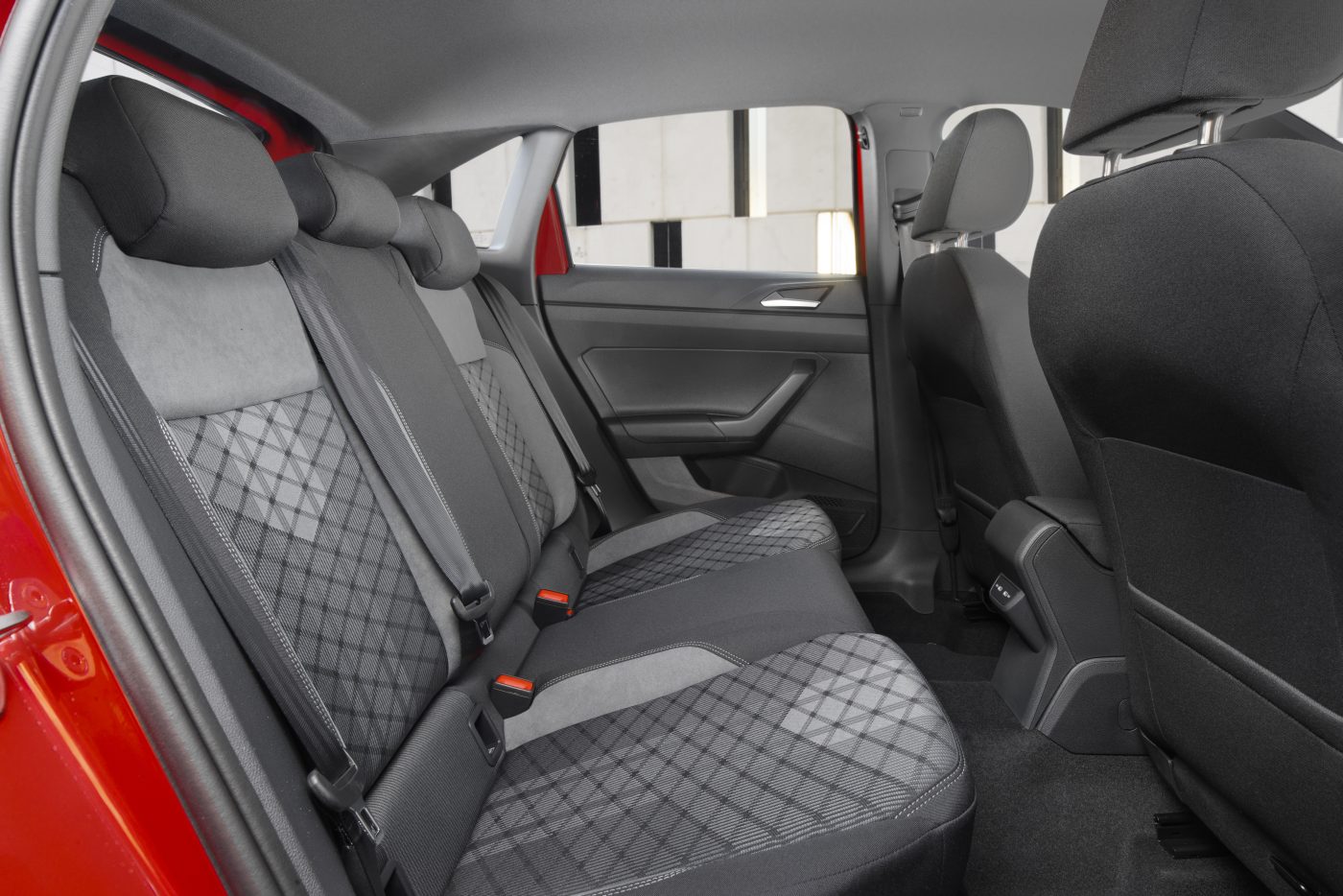 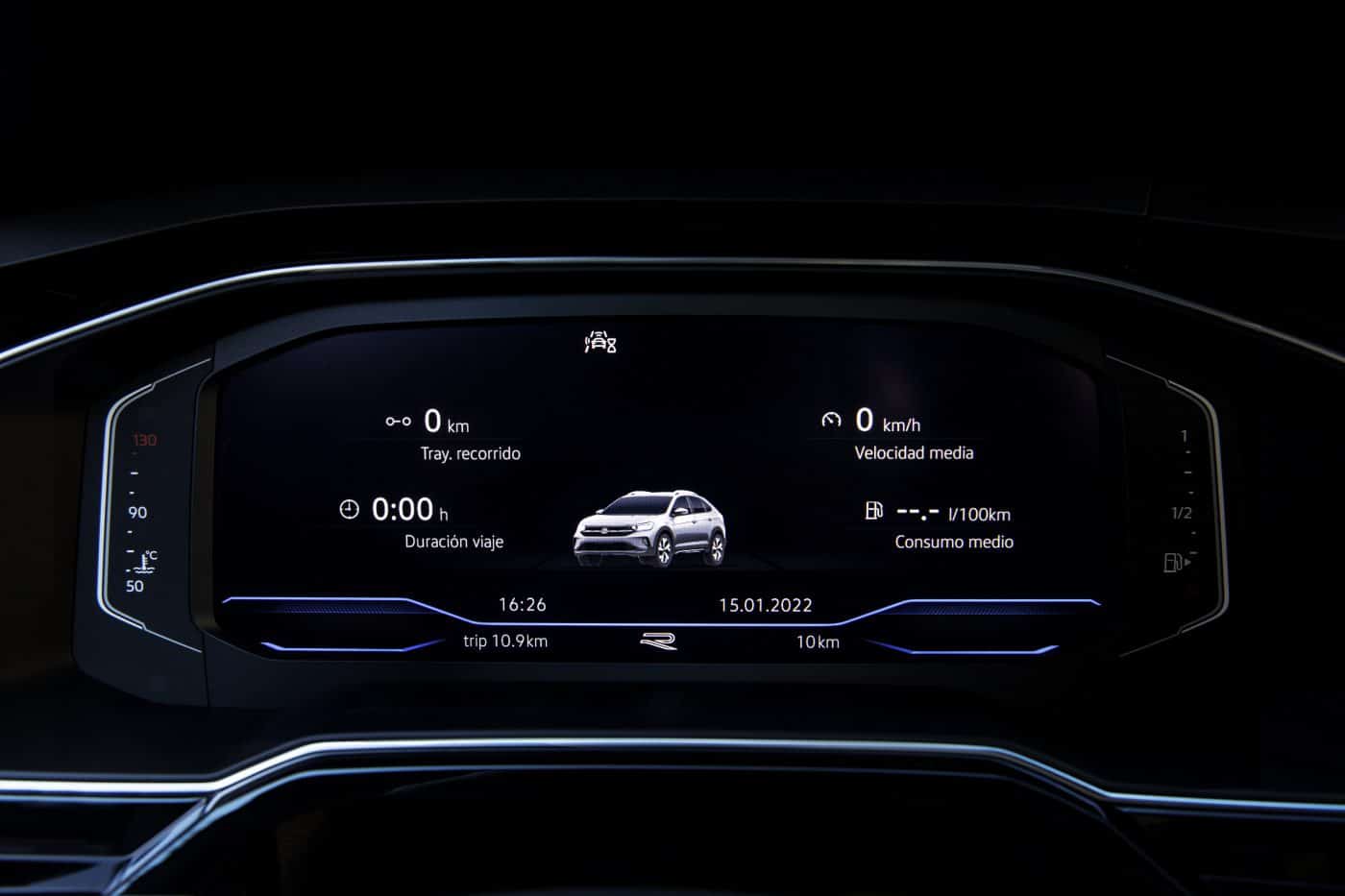 The recommended prices of the Volkswagen Taigo during the month of February 2022 are the following:

If current promotions apply the Taigo range in Spain starts in February at €22,300 but for this it is required to finance with the brand with specific conditions. We advise you to go to a dealer to find out all the details of the launch promotion.

I have had the opportunity to get behind the wheel of the Volkswagen Taigo on Navarran roads. The unit that I was able to drive was associated with the 150 hp 1.5 TSI engine and the R-Line finish, that is, the most expensive alternative in the range. It has seemed to me a correct car in everything that without shining in anything in particular does not have important deficiencies either.

Regarding the Volkswagen T-Cross, the new Taigo boasts a somewhat more careful interior that makes greater use of padded materials to cover the upper areas of the dashboard. Hard plastic continues to be abused on the doors that although it is of good quality, visually it is not the best that the brand has used and it seems sensitive to scratches. 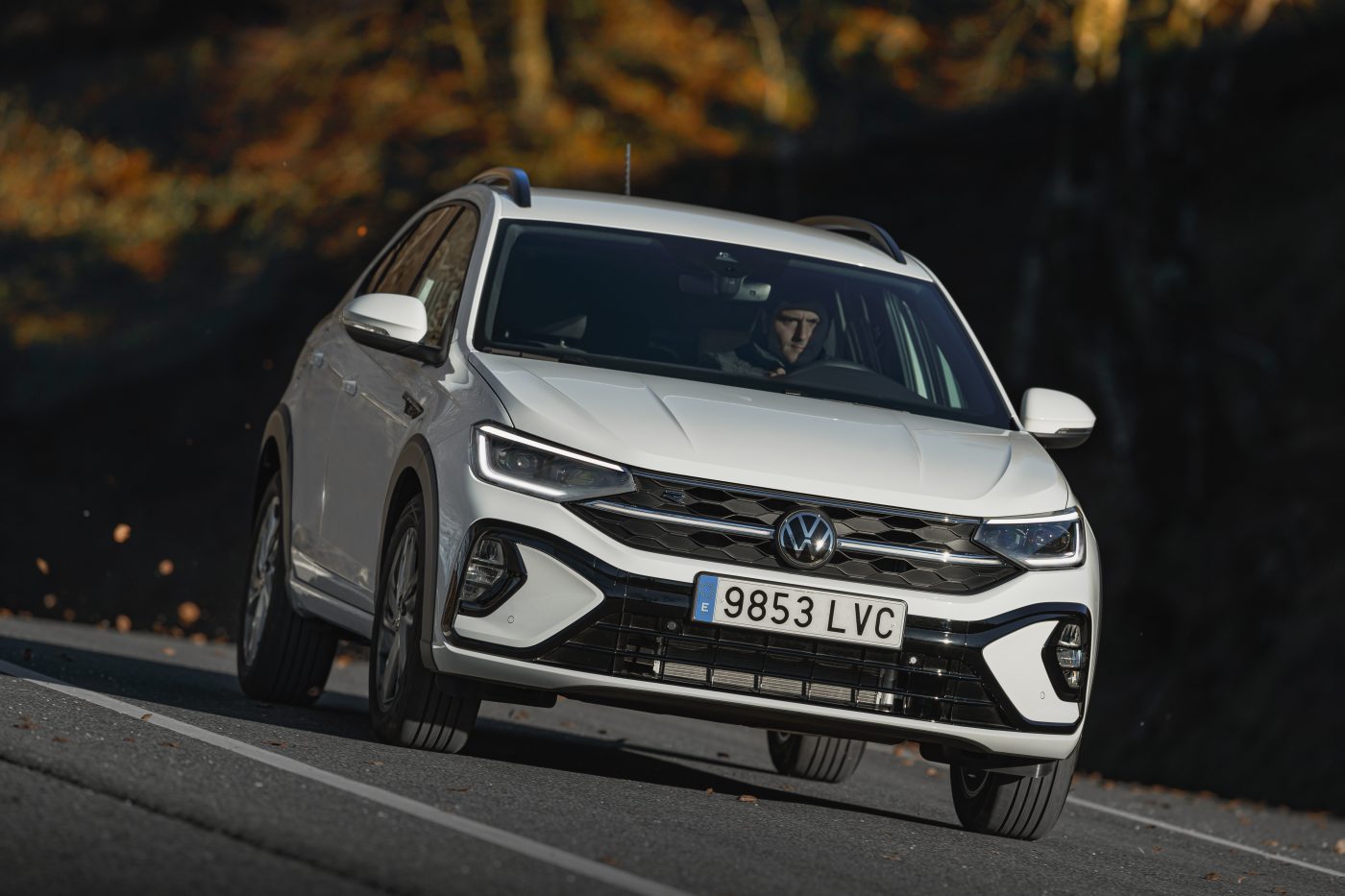 Depending on the chosen finish, you can change the instrumentation, although it is always digital. I like it for the quality and simplicity of its handling, something that is extensible to the rest of the Volkswagen Group models. I think many brands should take note of the ease of use and control of something so important.

I like that the Volkswagen Taigo retains specific air conditioning controls and have not been integrated into the multimedia system. Despite having released the capacitive controls, it seems that the brand has managed to improve its operation so that now the response is more similar to conventional buttons.

media system you will always have the latest in connectivity and the screen I think has a good resolution. Both the menus and the handling in general seem simple to me and it does not require having to study the entire book to understand anything. In a matter of three days he is mastered.

Regarding the Volkswagen T-Cross, the new Taigo boasts a somewhat larger interior and, above all, a much more capable trunk that reaches 440 liters compared to the 385 liters of the little one. Due to the forms it has seemed very useful to me and it is one of the greatest advantages of the newcomer with respect to his “little brother”. 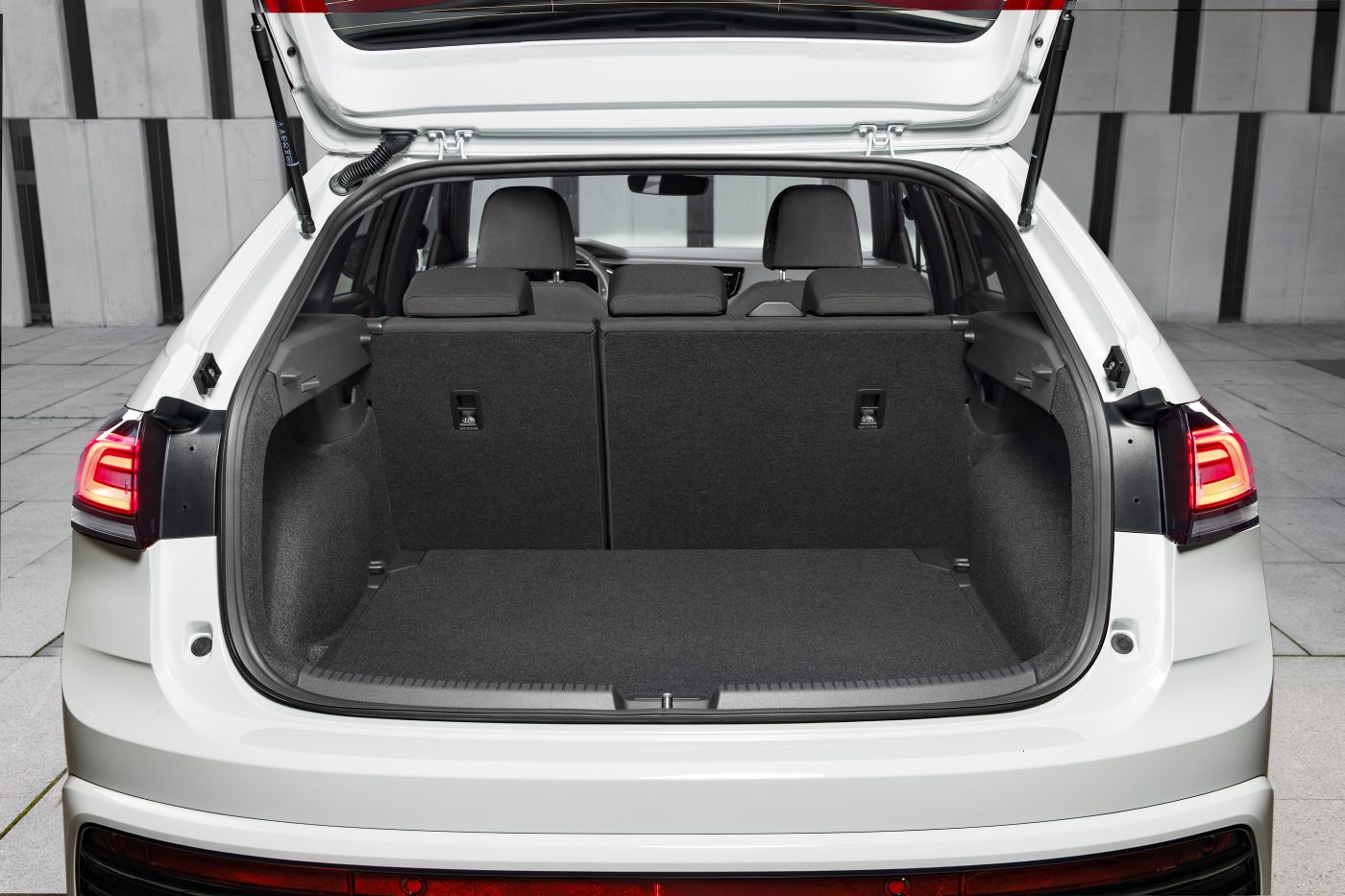 At its controls, the Volkswagen Taigo goes very well, something that you already expect from any vehicle of the brand. Without falling in love with its shapes or the quality of filtering, it does everything very well, responds well to the driver’s orders and with the 150 hp engine there is plenty of power to guarantee overtaking maneuvers or incorporations in a few seconds.

As is the case with the latest models from Skoda, SEAT and Volkswagen itself, the Taigo makes everyday life easier without requiring special attention for anything. The touch of the accelerator, gear lever or steering wheel are pleasant, the brake pedal allows a correct dosage and when the curves arrive, it marks the limits very well to avoid scares. It is an interesting, simple and suitable school car for everyone.

See also  This is the Jaos Land Cruiser 300: this Toyota takes muscle 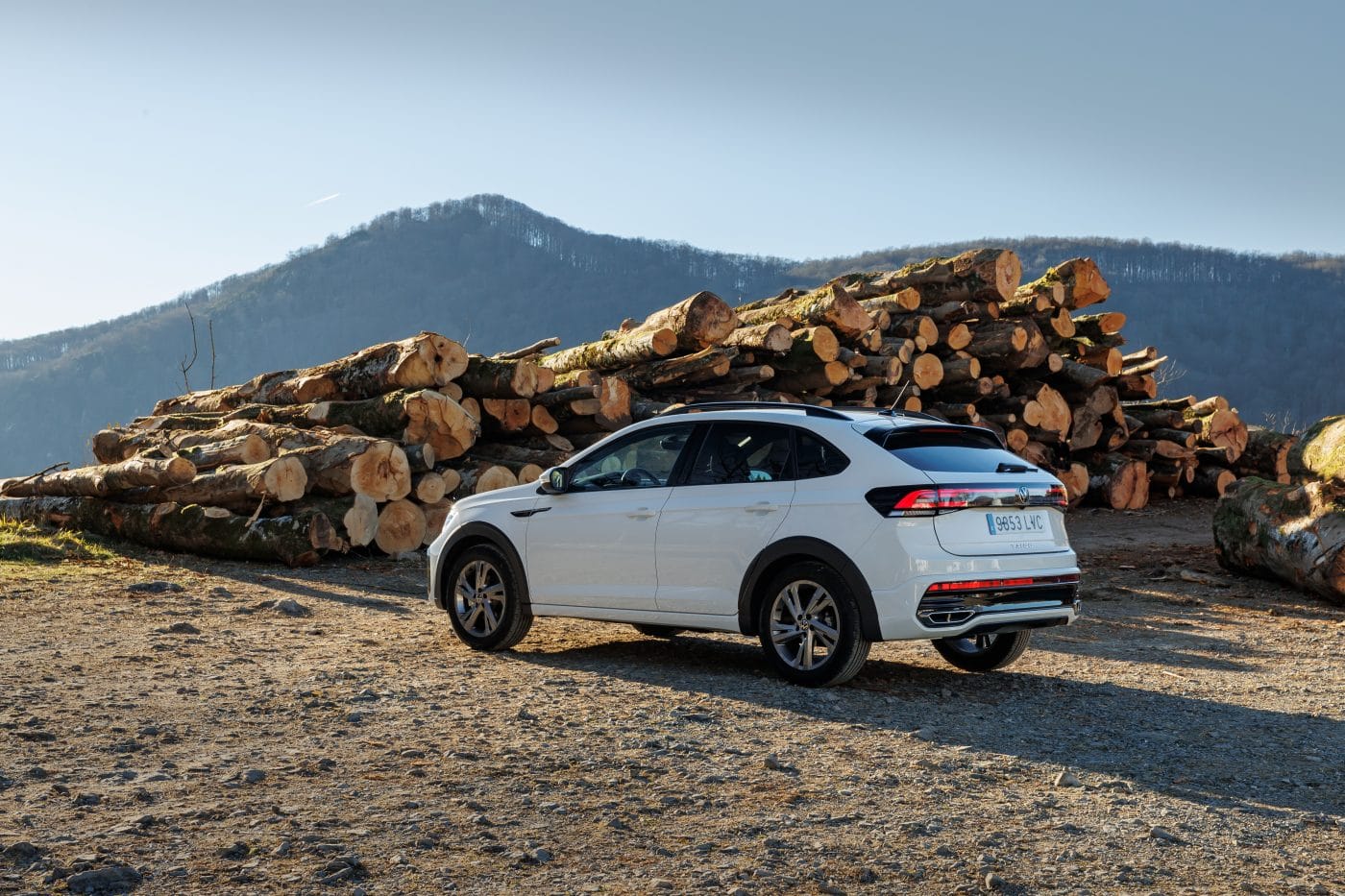 Perhaps the loudness could be better on some roads but I think this may be more a problem of the rim/tyre set of the tested unit than of the model itself. In any case, we must not forget that it is a B-segment car in which most alternatives also suffer from improved soundproofing on some asphalts.

It is true that this new crossover is not cheap but we must not forget that in recent months all the cars have increased exceptionally and, looking at the panorama, It is not far from what other cars in the B-SUV segment can cost, such as the Renault Captur, Peugeot 2008 and Opel Mokka.

The German starts with higher rates but is also justified by a very complete crew from the Life level that does not require pulling optional elements. This is an advantage over the aforementioned models that in their entry versions do not have a particularly complete endowment.

If you like the Volkswagen Taigo, we advise you to go to a dealer to learn more about it and it would not be bad to be able to test drive it. Of the entire range I think the most interesting option is the 1.0 TSI with 110 CV Life with the DSG transmission. 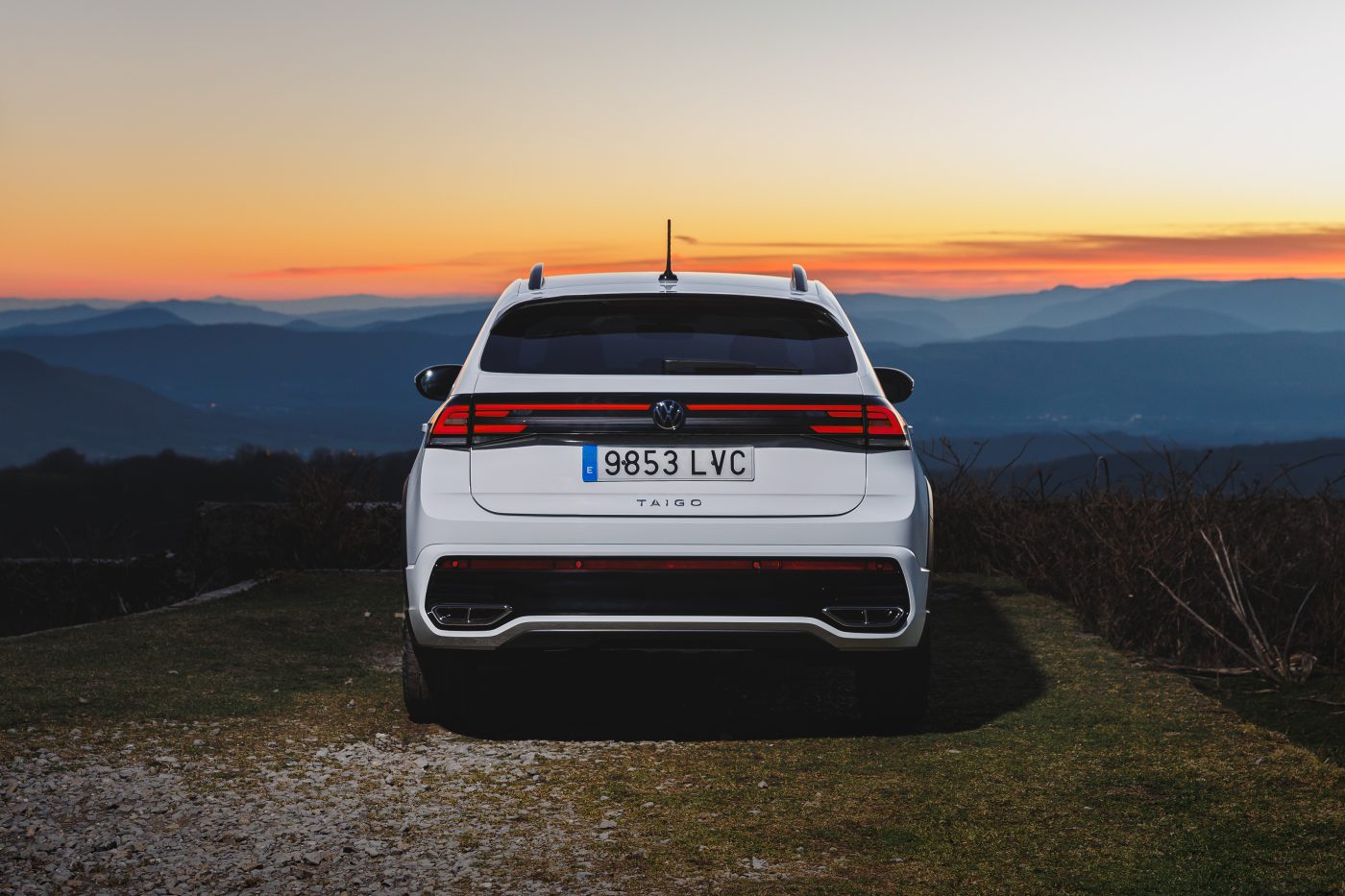 The Volkswagen Taigo plays with the design of its body and a large trunk to capture the attention of the public. They miss options with some kind of hybridization but with the TSI that it has it already moves very well. It is somewhat expensive but it is justified with a very rich series endowment in all cases

What can be improved