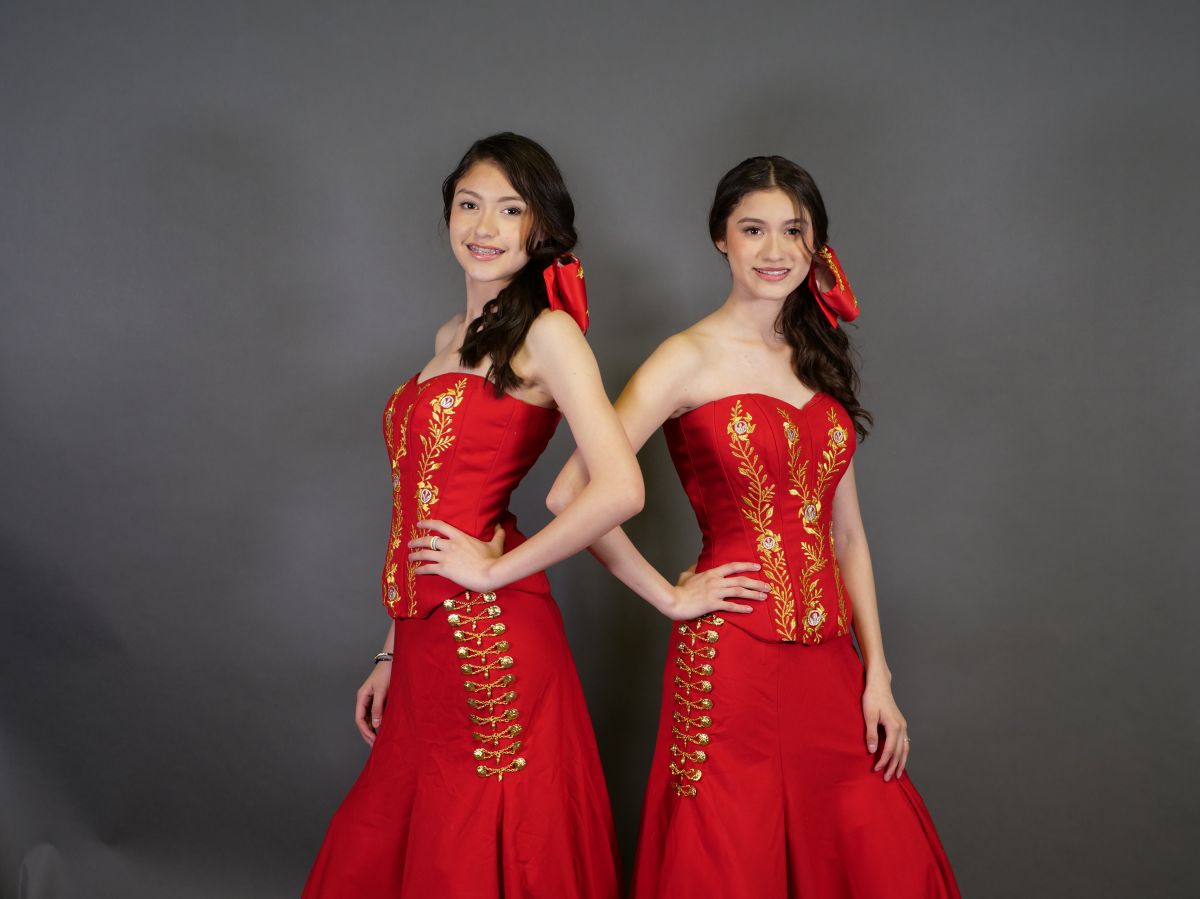 Since she was 5 years old, París González was clear that she wanted to sing. Her father, who for years was part of music bands, and who later dedicated himself to teaching singing classes, had no qualms about teaching her daughter her trade. All this was happening while Phoenix, Paris’s younger sister, didn’t miss a thing of what was happening.

“I liked her a lot since I was a little girl,” said 16-year-old Paris. “And over time my dad saw that he had initiative and taught me.”

“And since I was nosy there, I got involved too,” continued Phoenix, 14.

What began as a way to survive, since the sisters went to sing on the San Felipe boardwalk, in Baja California, Mexico, to earn some money, over time became a life project that now has them very busy. . They are recording their debut album and recently released their first song, “Corazón alborotado”.

In this ranch style song they are accompanied by the singer Graciela Beltrán, who is a veteran in this business. The three met in Los Angeles to record the single.

“He gave us various tips,” Paris said. “He told us to open up more to people, not to be ashamed to speak up, that it doesn’t matter if we were sometimes wrong, that’s what this is about.”

Although these girls were born in the United States, they grew up on the Mexican border. However, three years ago they moved back to Northern California after signing their first record deal.

For now, the duo plans to record ranchera music, but has no plans to stop there.

“We are versatile, we sing of everything,” said Paris, who is in eleventh grade of high school. “From cumbia to mariachi, ballads, banda, norteñas, everything”.

To complete their career, their dad is teaching them to play instruments; to Paris the accordion and to Phoenix, who is in eighth grade, the bass.

And although they admire many singers, they don’t want to look like anyone else, they say.

“We have our own style; we do not imitate anyone,” Paris said. “We sing songs by the Jilguerillas or by Rocío Dúrcal, but in our own style”.

The sisters París and Phoenix debuted with ‘Corazón alborotado’, a ranch song in which Graciela Beltrán participates. Photo: Courtesy