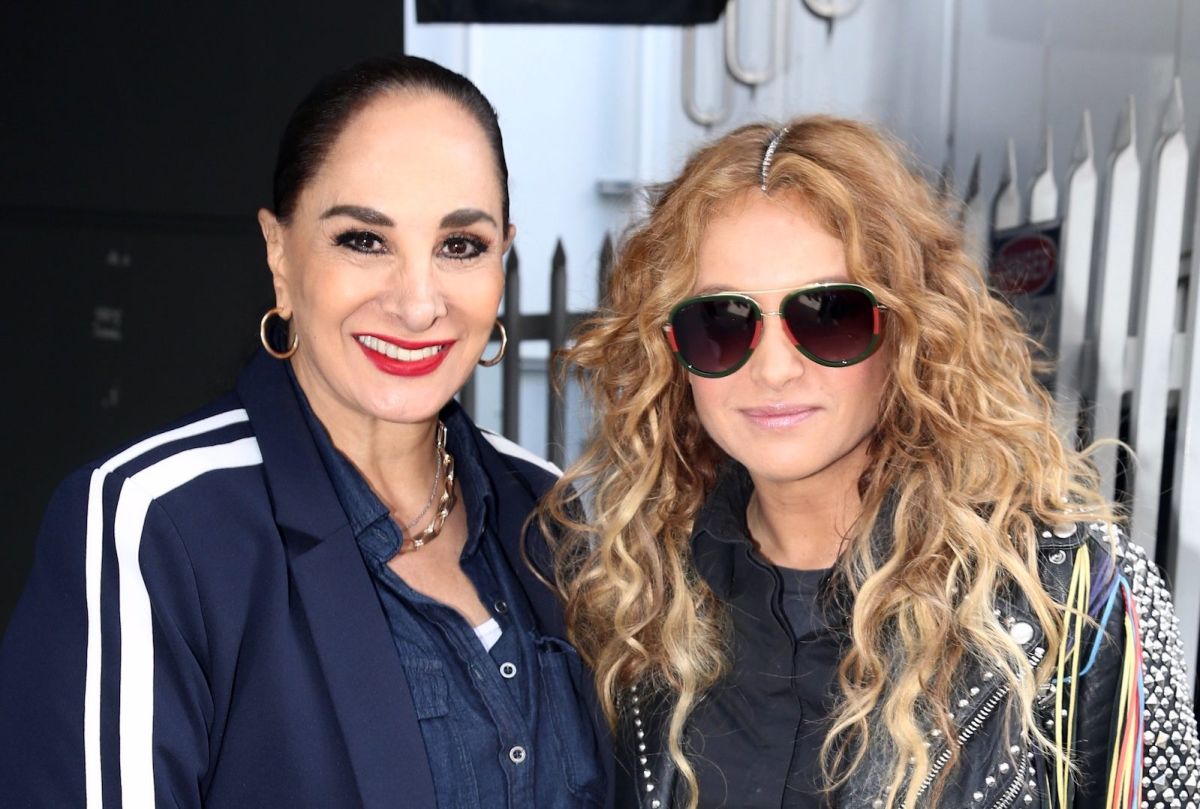 This Monday the first images of Paulina Rubio attending the funeral of her mother, Susana Dosamantes, place where the widower of the actress and her grandchildren were also seen.

Susana Dosamantes lost her life on July 2, a victim of pancreatic cancer that was detected in February 2022. Her children, Paulina and Enrique Rubio, shared messages on social networks with which they confirmed the death of the first actress.

Although no member of the family revealed more details about the funeral services, it was the “Despierta América” ​​program where they broadcast The first images of “The Golden Girl” attending her mother’s funeral.

In the video presented on social networks, you can see some of those who attended the intimate farewell of the film and television star who accompanied Paulina Rubio and her two children, Eros and Andrea Nicolás, at all times. While the singer gets out of a truck, her youngest son waits for her with a woman, and then goes to the entrance of the funeral agency located in Miami, Florida.

In the same images you can see Luis Rivas, husband of Susana Dosamantes, dressed in white and who entered on one occasion with a briefcase, then left and went to a restaurant in the same area. Later, the moment is seen when a man arrives with a portrait of the beloved Mexican actress.

According to a statement shared by the family, after the funeral and cremation held in the city of Miami, the ashes of Susana Dosamantes will be transferred to Mexico City as was her last will.

In the shared text they highlighted that the actress “She became known as the Most Beautiful Face of National Cinema, with her debut on the big screen with Arturo Ripstein, in ‘Memories of the Future’ and in Hollywood she worked alongside John Wayne, George Peppard and Max Von Sydow, among others”.

As part of a career spanning more than 50 years, she was remembered as one of the most distinguished actresses in the entertainment world, who He came to participate in more than 60 films and in almost twenty soap operasin addition to exhibiting his talent with great success in numerous plays.

You might also be interested in:
–We tell you the last will of Susana Dosamantes, mother of Paulina Rubio
–Paulina Rubio asked for prayers for her mother a day before her death: “She is always with me”
–Susana Dosamantes’s last message on Twitter before she died was for Checo Pérez