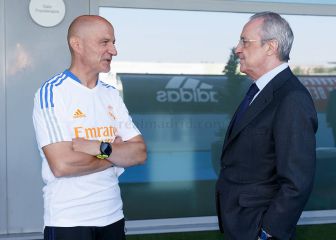 Antonio Pintus, head of physical training for Real Madrid, made some statements to Jugones de La Sexta before getting on the plane to head for Paris, where Real Madrid will seek their 14th Champions League against Liverpool this Saturday, starting at 9:00 p.m. at the Stade de France in Saint-Denis.

His relationship with Florentino: “Every time he sees me, he’s like, ‘We rock it, right?’ When he called me to come back he told me: ‘I want a team with a lot of intensity’. And I told him not to worry.”

What is the Pintus Method?: “It’s the method that suits different teams and different needs. Push players to the limit, but with respect. I know they hate me sometimes.”

Modric’s cry after the comeback against City, when he said “At the top, Pintus method!: “It was something incredible.”

See also  at what time and for which iPhone?