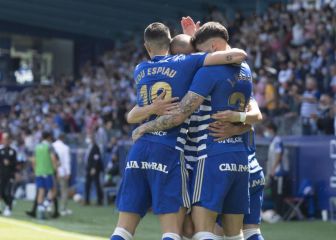 Jon Pérez Bolo’s team comes from two consecutive victories and wants the third to continue fighting to enter the promotion playoff. On the other side will be Cartagena, precisely the team that precedes them in the standings, but five points behind. For Ponfe it is the first game of the two in a row that they have at home, an opportunity to become strong and try to get six points to cut their direct rivals as much as possible. Although sixth place seems difficult, the fans and the team will seize any opportunity to try to fight for promotion to the highest category of Spanish football.

AS to watch: Dani Ojeda. The canary is in a sweet moment in front of goal after scoring in the last two games. At the Fernando Torres he scored the winning goal in 99′.