Montessori pedagogy not only promotes language but also develops vocabulary, starting in kindergarten.

How to promote language with Montessori pedagogy ? Can we stimulate language baby thanks to her? Does she allow develop vocabulary from kindergarten? These are questions that come up regularly at a time when screens surround us and contribute to slowing down language learning. Montessori pedagogy takes the opposite view of this trend and encourages children to be active and speak out. Discover now how Montessori pedagogy improves oral language in the youngest.

How to promote baby’s language?

Montessori pedagogy invites the child to be an actor in his learning and even allows develop baby’s language. 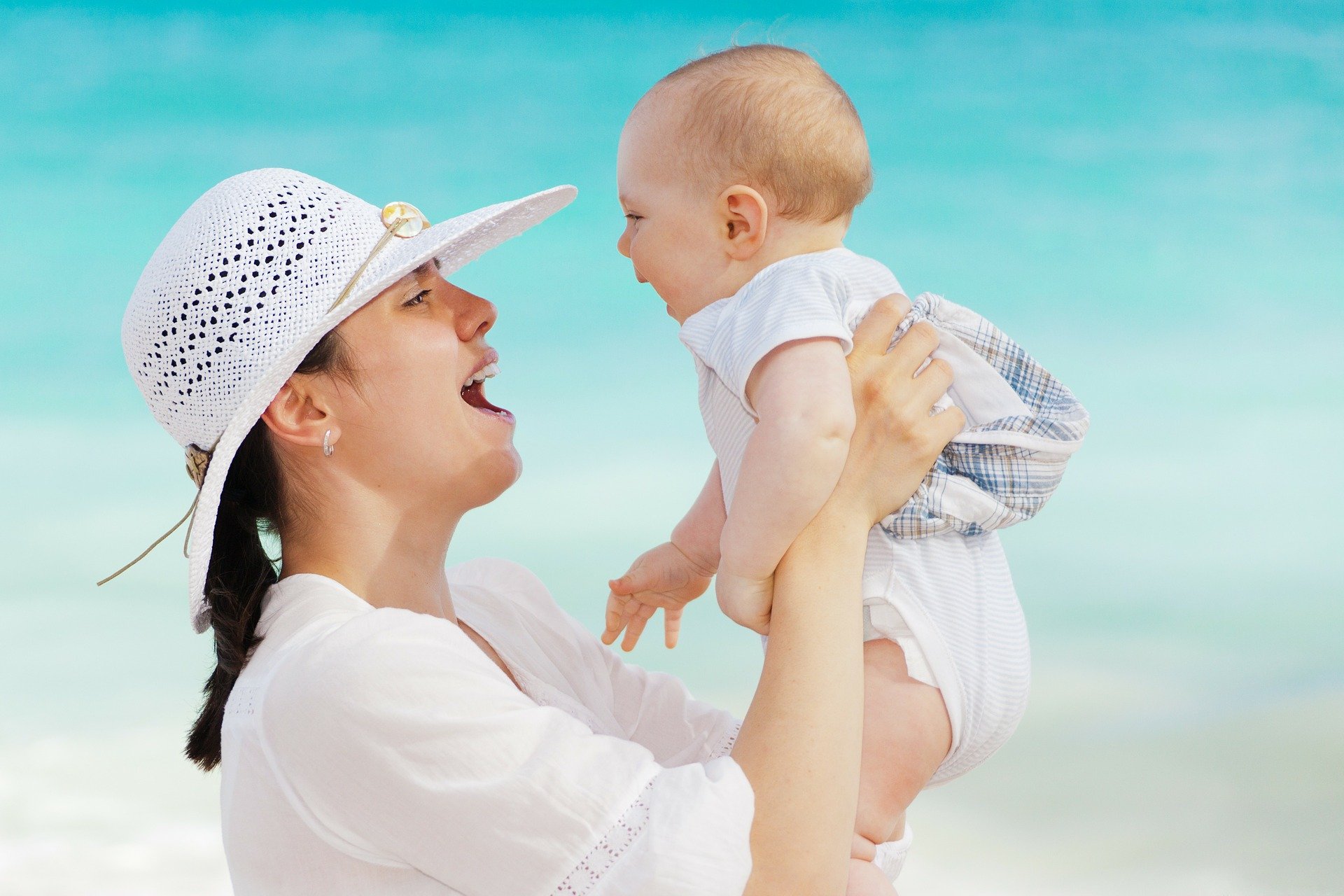 During his first 3 years, the child will experience what is called the explosion of language. This is the period when language and words will develop the most intensely during his life. Even if he does not speak, the baby hears the voices and will gradually recognize the different tones of his mother tongue. Now is the perfect time to stimulate language!

According to Montessori pedagogy, it is essential to confront the child with language before 3 years old. As long as baby isn’t speaking, you can sing along to look him in the eye, act out nursery rhymes, or even just point to an item by stating his name. To get baby to participate, feel free to let them handle the object (when possible) while you name them. 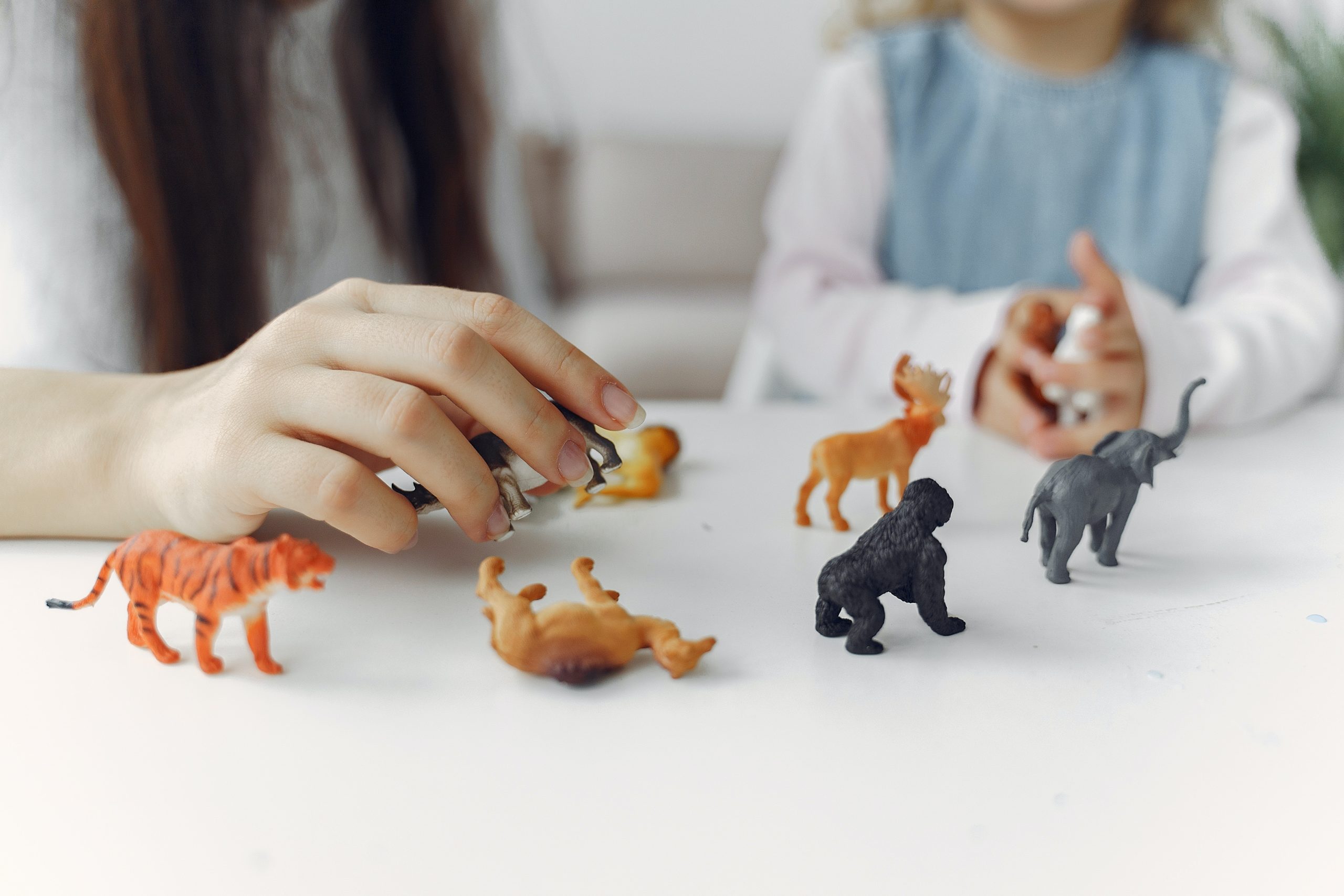 With a child of 2 years or less, it is necessary to favor short stories related to his daily life. Fairy tales and imaginary stories can intervene later, when the toddler’s mind is better able to understand and distinguish between fictional and real.

According to Montessori, we can also start with classified images if the child is ready. They can be compared to a picture book made up of realistic photos. Forget the drawings or cartoons. Show your little one “real” pictures of animals, objects, food, etc.

See also  The stress bathtub theory: the real causes of your uncontrolled tantrums

To promote language, Montessori pedagogy includes many activities, which are usually called “workshops”. These are educational materials, and not games or toys as we often see in commerce. Be careful, therefore, that the supports used allow stimulate oral language by inviting the child to be active. For example, a simple activity is lining up objects and then hiding one. The child must name the missing one. He finds himself obliged to speak to participate, that’s the whole point.

How to improve oral language at 3 years old?

From 3 years old, the child is able to speak simple sentences and can already know several dozen vocabulary words. However, if not, don’t panic! It is quite possible toimprove oral language at 3 years old thanks to Montessori pedagogy.

At this age, the toddler discovers his environment with his senses. This is still the period when he is likely to put things in his mouth, touch everything, etc. This, Maria montessori This was well understood over a century ago. She also based herself on this observation to develop her pedagogy. So what activities can be offered to a 3 year old child to develop vocabulary? In addition to songs, rhymes and stories, it is time to introduce the child to the first vocabulary pockets. For the toddler, it is about learning to name the world around him gradually. Once the words have been learned, you can ask to associate figurines with the photos.

All new words will be presented in an organized way, in categories: animals, face, clothes, etc. Photos can be accompanied by a caption with just one word, in order to start familiarizing the child with written language. The interest will be to encourage the child to express himself on each word to make sentences more and more complex. For example a key: what is it for, how we hold it, etc.

See also  slow down to be happier with your family

The child must understand that speaking is used to communicate, to explain what one thinks. To do this, he must learn to make connections between words.

Concretely, we can propose two objects and ask to explain the link between them: for example the bottle with the baby. You have to start by using real objects before moving to the abstract. We talk while being in a situation, so we start by playing with the baby. Then we show pictures. Among 3 or 4, the child will be able to select that of the baby and the bottle to form a pair. In the end he must be able to formulate a simple sentence like “The baby drinks the bottle”. The trick is to gradually increase the difficulty. We start by naming things, then making a link between them, to eventually formulate a complete sentence.

Another simple activity is to present objects to the child and then place them in a bag. The child puts his hand in it and touches the content without looking. When he thinks he has identified an object, he names it before taking it out of the bag. The child will have to speak to say what he feels in his hand. He will then understand the interest of language as a means of communication.

The idea is to offer everyday elements. No need to start with musical instruments!

What are the obstacles to language acquisition?

Today, even more than in the time of Maria Montessori, barriers to language acquisition are many.

Move the screens away 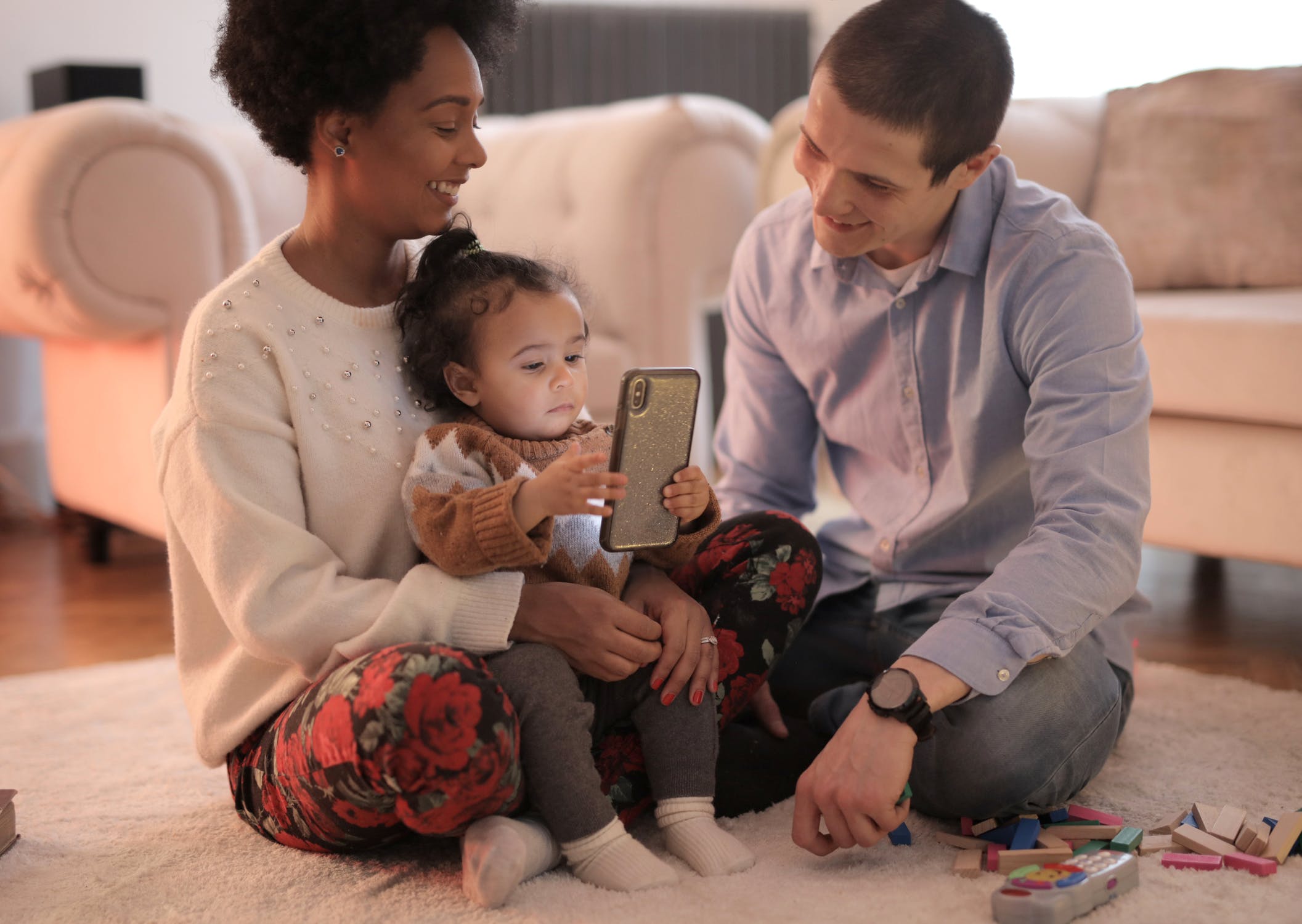 The latter developed its pedagogy at the beginning of the 20th century. At that time, the child’s vision was different. The toddler was seen as a miniature human, impulsive and disobedient, who had to be taught to behave like an adult. It was widely believed that there was little point in stimulating the language of the underprivileged. However, this pedagogy has proved its worth in a popular district: in Naples, where Maria began her first work.

Today the barriers to speech acquisition are often the screens. The child is too regularly passive. He touches digital objects with his finger but does not speak. Indeed, interactions with a tablet are very limited! The child may even come to lose interest in real objects and face-to-face communication. Screens should therefore be avoided as much as possible before 3 years. In kindergarten, some virtual games can be interesting to offer, only if the child builds or creates. If it is only a question of touching the finger or playing the parrot without having to understand, it is to flee.

Apart from screens, the obstacles to learning words and spoken language are prejudices! We may mistakenly think that language activities with a baby are early because they cannot speak, or that a 2 year old is too small to understand a story. In truth, it is precisely before the age of 3 that the child’s brain will create a lot of new connections, especially those necessary for the acquisition of language. Be careful, however, there is no question of over-asking the child with activities and stimuli at all costs. The objective is rather to identify the interests of the toddler and to offer him supports and workshops adapted to his level of development.

As the Montessori name is not protected, all kinds of media are emerging with this name. However, to teach her child to speak well with Montessori, it is important to assess the nature of the material and works found in commerce. It is essential to keep in mind that it is above all about the means of learning and not pure entertainment. “Montessori toys” and other activity books can be interesting but are derivatives of pedagogy, so take it with a grain of salt! 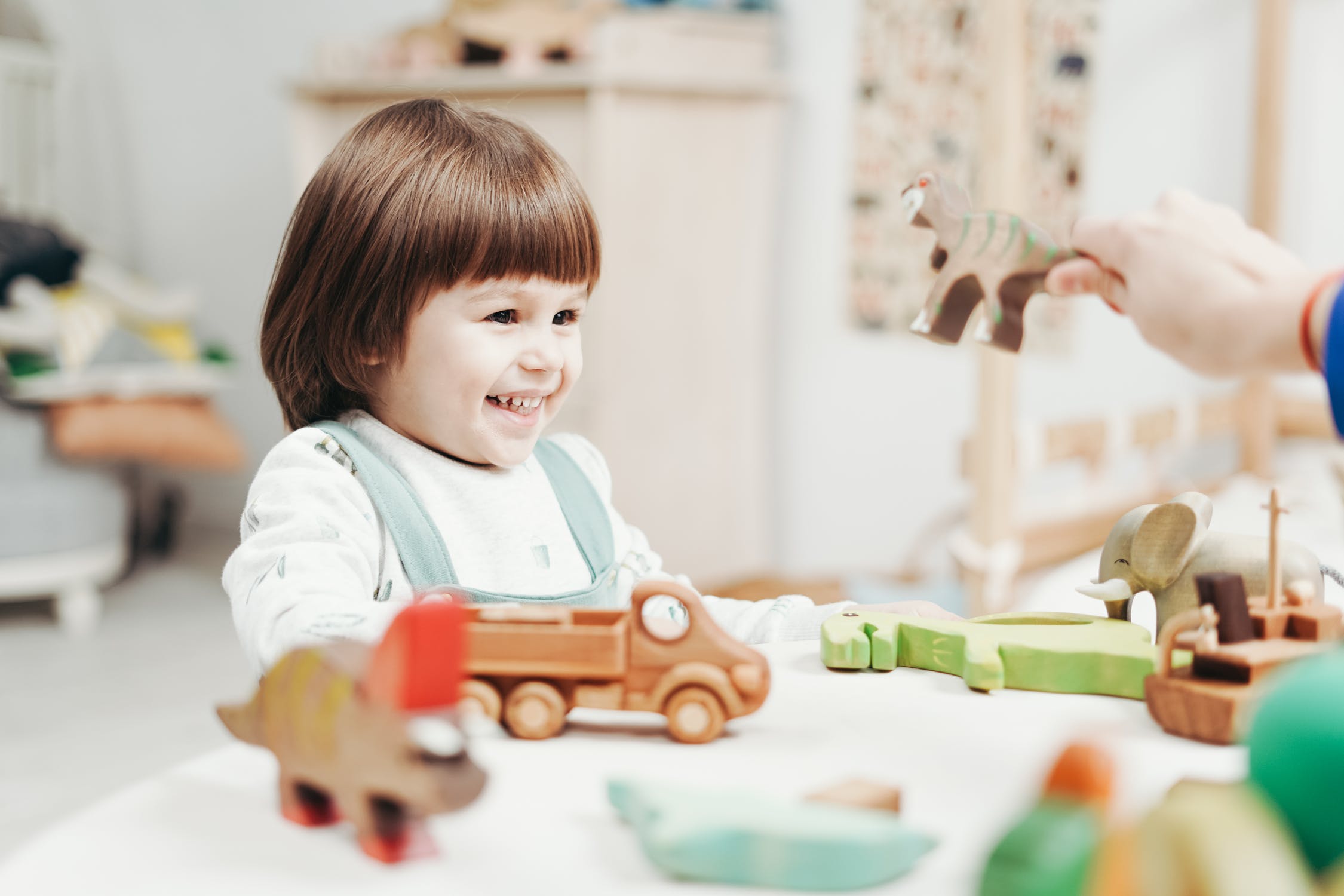