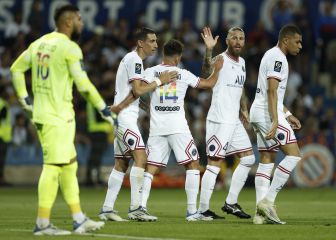 With the attention, the interest and the illusion put into the final decision of Mbappé. This is how the league champion faces this last match, in front of his fans and in a clash in which there will be emotional farewells such as that of Ángel Di María, who ends his contract with the Gauls and closes his stage in Paris as the top assistant in all history from PSG. On the other hand there will be the speeches to the Parisian fans after finishing the clash. In theory, Mbappé was going to make public his final decision about his future in an interview tomorrow, but given the latest news and the situation at the moment in front of the fans, he could anticipate it.

Ace to watch: Kylian Mbappé. Top scorer (25) and top assists (17) in Ligue 1. He is only one point ahead of Ben Yedder, so he will try to increase the distance to secure the top scorer.