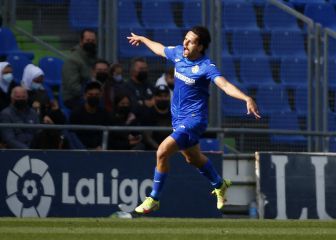 The end of the League is hell when you see the abyss up close. A losing streak can throw you off the cliff, with no room for reaction. That is what Getafe wants to avoid tonight, the fear of the heat of those flames called the Second Division. Winning in Balaídos will mean virtual permanence, but losing will open a horizon of uncertainty, will turn on all Getafe’s transistors in search of the favor of third parties. The azulones want to set foot in that no man’s land where Celta lives so happily (follow the match live on As.com).

The victory in Bilbao, riding Aspas and Beltrán, chased away any ghost. Celta already has the seal of virtual permanence and is now looking for other small challenges, such as the Zarra de Aspas or equaling the eighth place of last year. Little given to moving the tree, Coudet can make a change in the eleven due to the proximity of the previous game and because some players, like Mina and Cervi, ended up touched.

Quique arrives in Vigo with good news and bad news. On the one hand, recover character with Arambarri. On the other, he loses consistency without Maksimovic. What will not be missing is gunpowder, with Mayoral and Ünal in attack.