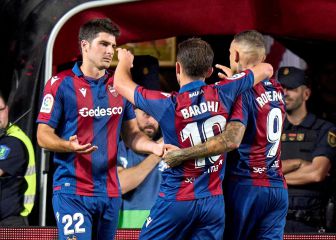 Golden brooch to the season at the Vallecas Stadium. Festival of goals in a game that has had everythingwith a Rayo Vallecano and Levante looking to close the course in the best possible way. The locals took the lead thanks to Álvaro García’s goal. However, the granotas reacted in a big way. Melero tied, Roger’s second and, immediately, Melero signed his double.

The second part would follow the same electric script. Morales signed a work of art, even dribbling past Luca Zidane, for 1-4. However, the VAR warned Melero López to review a penalty on Baby. He corrected his decision, he annulled the visiting goal, and Sergi Guardiola closed the gap with the 2-3. Despite the Rayist attempts to find a tie, Coke sentenced with 2-4 in his farewell to Levanteapplauded even by what one day was his hobby in Vallecas.