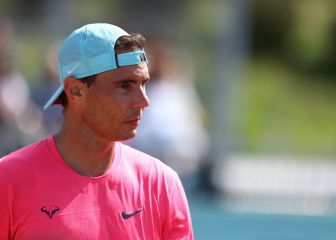 Madrid will lift the title if they become champions this afternoon

The RFEF has announced that Madrid, in case of winning LaLiga this afternoon, will lift the Cup at the end of the match. It will be Rubiales himself, who has confirmed his presence, in charge of giving the trophy.

This has been communicated through the following statement:

“A delegation from the RFEF led by the president, Luis Rubiales, will attend the Santiago Bernabéu stadium this afternoon for the match between Real Madrid CF and RCD Espanyol.

In the event that Real Madrid were proclaimed mathematical champions of the First Division National League Championship, they would receive the title that accredits them as such at the end of the match.

If this is not the case, the RFEF will deliver the trophy once the day in which the champion was proclaimed is over.