Going to the gas station scares drivers more and more. It doesn’t matter how healthy your checking account is, the price of gasoline and diesel is breathtaking and going to refuel is worse than an armed robbery. One of the most frequent doubts among consumers is why the price of fuel does not vary in the same proportion as the price of Brent crude.

It is indisputable that we live in difficult times with the war in Ukraine. These weeks the price of Brent crude has reached maximum peaks of almost 140 dollars per barrel. Yes, the raw material is really expensive. However, the reality is that the price of gasoline or diesel/diesel in Spain It is not directly related to the price of a barrel of oil.. 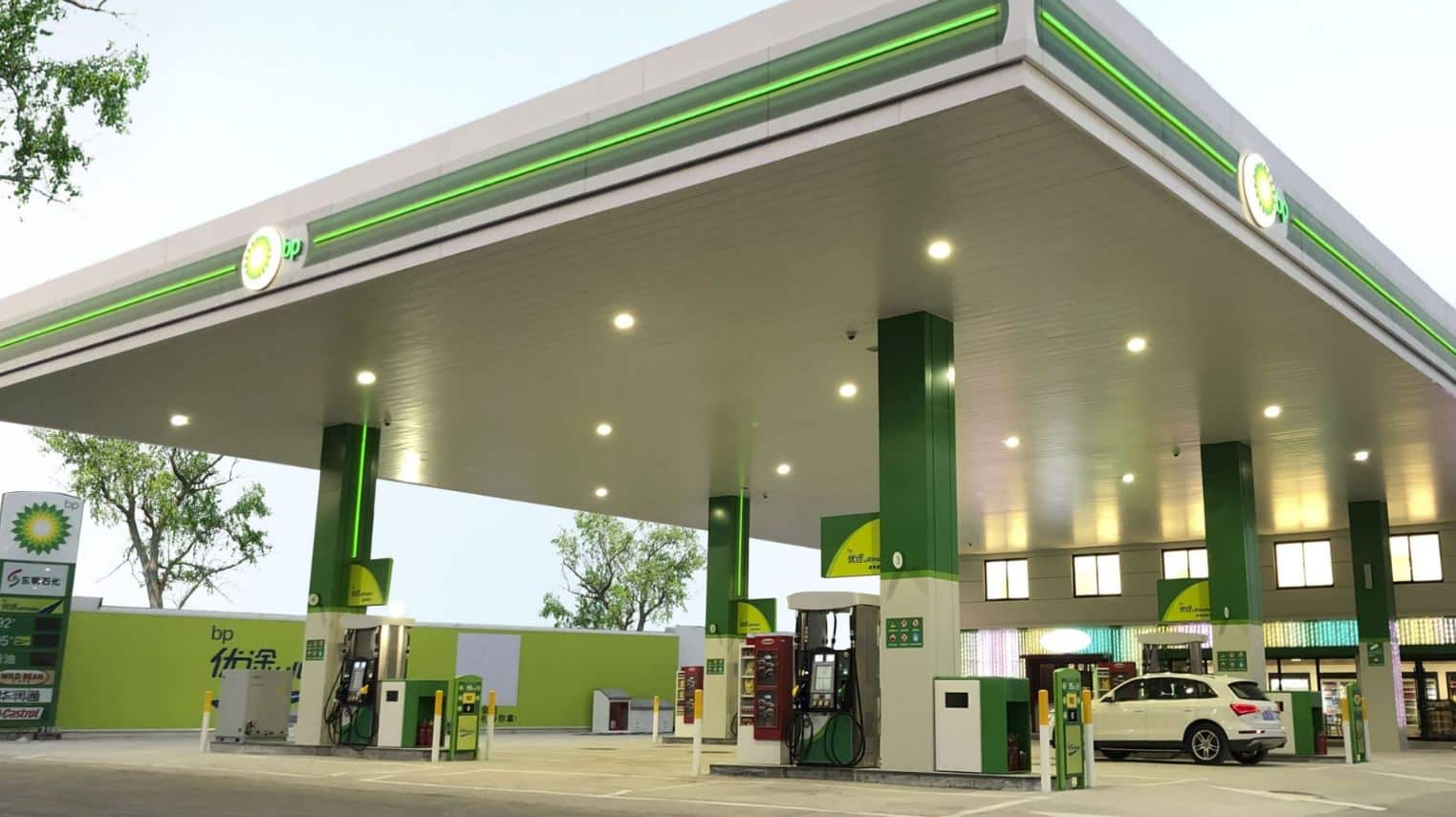 Filling the tank has become more expensive in a year around 25%. The fuels contain a very high percentage of taxes of all kinds. Next, thanks to the Spanish Association of Petroleum Product Operators (AOP), we are going to break down the components of the price to understand what factors influence it.

What is the price of gasoline and diesel made up of?

Basically we have three main parts in the retail price (RRP) of the fuel: 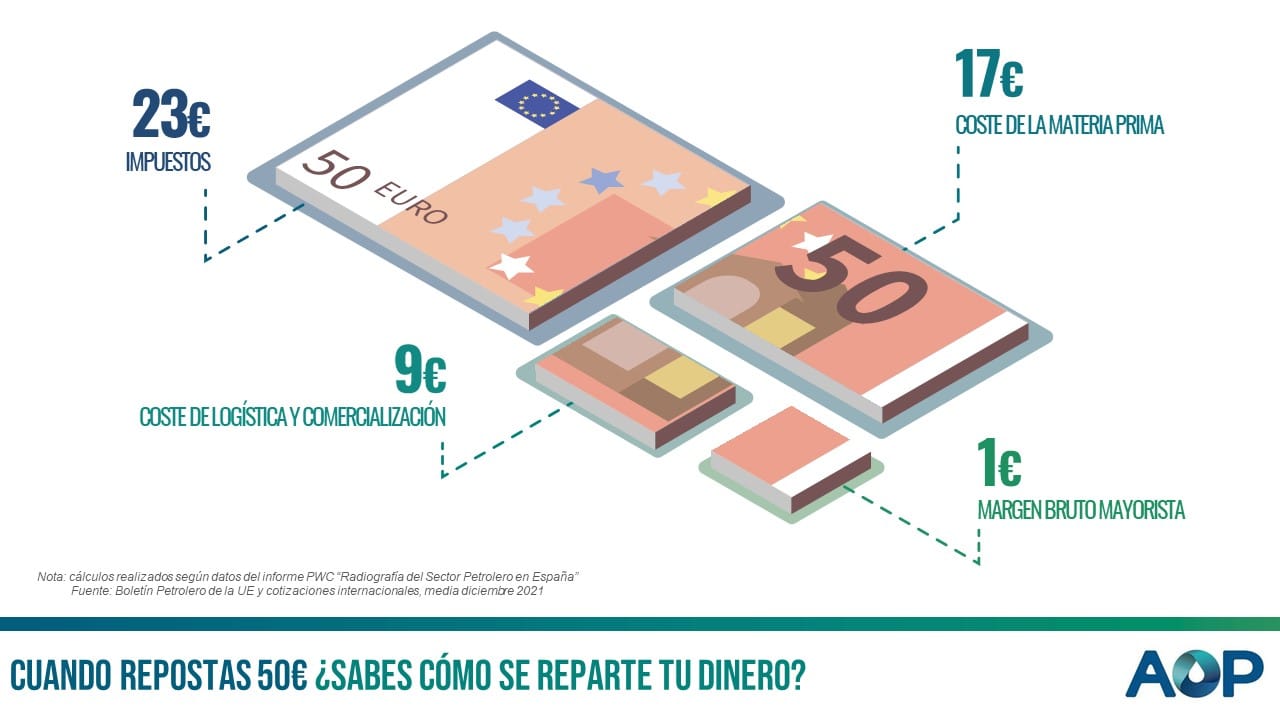 The base price of fuel depends on various aspects. One is the international price of gasoline and diesel in the reference wholesale markets (Mediterranean and Northern Europe in our case). The euro/dollar exchange rate is also a significant factor. This cost represents approximately 33% of the PVP in gasoline and 39% in diesel A.

Costs such as production, distribution and marketing hardly vary. We are talking about the costs of the service stations (personnel, maintenance, etc.), the cost of transporting the fuel to the gas station… The margins of the wholesaler and the retailer are also included. This is around 1.5% approximately. 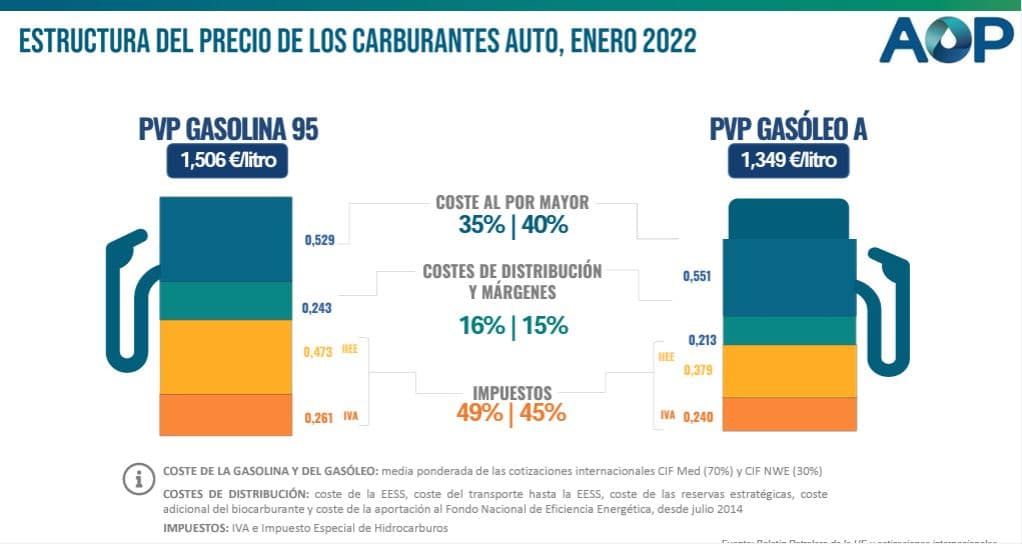 There are also variations in the base price due to the maintenance of strategic reserves, the contribution to the National Fund for Energy Efficiency… The gross distribution margin of gasoline supposes 17% of the RRP. In the diesel round the fifteen%. This is the difference between the PAI and the international reference price.

Taxes on the price of gasoline and diesel

Different taxes are applied to the base price and that is where the real ‘stick’ hits us. Let’s see them:

A simple look at the data is enough to realize that the price of fuel that you see at the gas station pump is made up of almost 50% for taxes. The remaining percentage is made up of the Price Before Taxes (PAI). In other words, the gasoline you are paying for almost two euros could be paid for less than one euro if some taxes were lowered.

Yes, things are bad in Europe, but don’t be fooled.