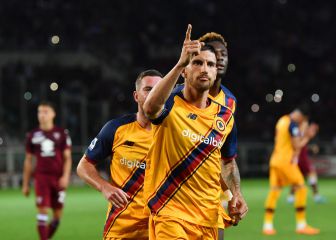 Roma have secured a place in the next Europa League, whatever happens in the historic Conference final against Feyenoord. Mourinho’s men won the classification on the last day of Calcio beating Torino 3-0, a difficult rival, although without objectives.

The ‘giallorossi’ close the first course with the Special One, then, in sixth place, leaving Fiorentina and Atalanta in the final fight for seventh, that will be worth a seat in the next Conference.

The hero of the night was Abraham, who has seen impressive growth in recent months. The Englishman took advantage of a pass from Pellegrini after a mistake by Brekalo, he got rid of Zima and opened the can beating Berisha. Before the break, in addition, he forced and materialized a penalty, thus reaching 17 goals in his first Italian championship, and 27 in total.

There was no reaction from Torino, who today said goodbye to Brekalo. The winger refused to stay in the Granata entity, which thus could not exercise his purchase option, he will return to Wolfsburg and received many whistles by the local fans. Belotti, on the other hand, ends his contract on June 30 and was applauded by the tifosi, who asked him to stay after his 251 games and 113 goals. It is still possible.

Roma signed the sentence with another penalty, this time achieved by Zaniolo and launched by Pellegrini, and you can now focus on the final in Tirana. Winning would mean breaking the drought of European titles for Italian clubs (which began in 2010) and that of the ‘romanisti’, who have not won anything since 2008. The judgments on Mourinho’s first term will depend on that result.