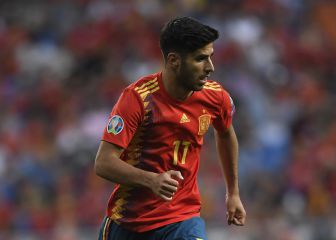 Luis Enrique has announced the squad list for next week’s national team break. As a novelty, Ansu Fati, Thiago and Marco Asensio appear. In addition, Diego Llorente falls in defense and Íñigo Martínez appears. Returns after not being in the last break due to injury Busquets. De Gea, for his part, continues to be left out.

It should be remembered that players who have previously counted for Luis Enrique such as Oyarzabal or Pedri have not been able to be called up because they are currently injured.

Those selected are summoned to the Ciudad del Fútbol de Las Rozas next Monday, May 30, starting at 1:30 p.m. These 25 footballers are called to play four games, the first four of this third edition of the Nations League in which Spain is in Group 2 of League A. The first will be at the Benito Villamarín in Seville on June 2 at 8:45 p.m. against Portugal. Later, Spain plays in Prague against the Czech Republic on June 5 at 8:45 p.m. and against Switzerland, in Geneva, on June 9 at 8:45 p.m.. Finally, the National Team will face the Czech Republic again on June 12 at La Rosaleda in Malaga at 8:45 p.m. All matches can be seen in La 1.

See also  Approved and failed for Madrid against Sevilla: the heroes were on the bench