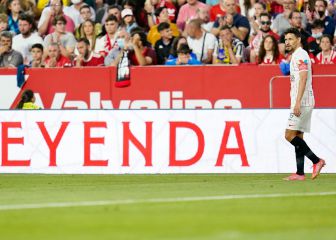 Last game of the season at the Sánchez Pizjuán for a Sevilla that has not finished the season well. After having achieved the mathematical classification for the Champions League last week at the Wanda Metropolitano, Lopetegui’s men want to fight for third place until the end. To get it, they will have to beat an Athletic team that is playing to enter Europe and wait for Atlético de Madrid’s puncture in San Sebastián. In addition, Lopetegui will not be on the bench, as he was sent off at Wanda. Another open front: the Zamora de Bono trophy. The Moroccan goalkeeper would assure him if he does not play tonight, although Julen has not given any clue as to whether Bono or Dmitrovic will play. In any case, Sevilla wants to close a difficult season at home and try to be the third place in LaLigaafter having spent more than half the championship being the second classified.

AS to watch: Koundé. The French center-back will say goodbye to Nervión today after three outstanding seasons.