Snow is something that a almost every we love it because we associate it, in some way, with Christmas, winter, fun and all those kinds of positive things. Even those who have tried drive on snow under controlled conditions they know that it is a very fun activity. When it is not so fun it is in conditions that are not controlled: when we go on a trip and we find ourselves with severe snowfall, or with a section of road with snow that does not «we know ».

What to do in those cases?

Let’s examine in detail everything related to driving in snow, on any type of snow: powder snow, virgin snow, spring snow, trodden snow, frozen snow … and we can even talk about ice sheets and black ice. When it is very cold and there is humidity in the environment, we must always alert all the senses, even the least common of all: common sense. 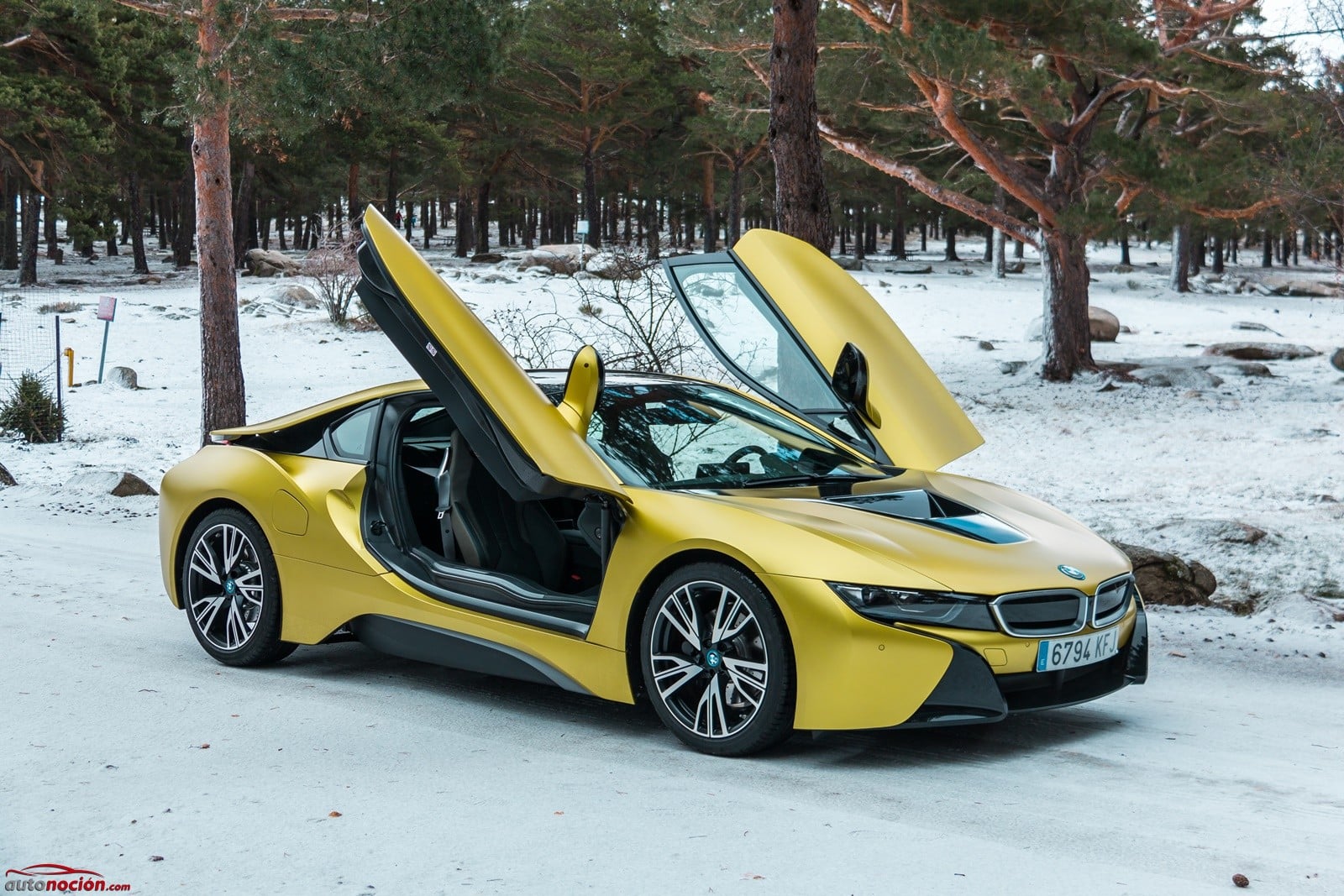 Different types of snow for different ways of dealing with it

The best snow we can find is the powder snow, the one that has just fallen on the road and is still “loose”, because it has not had time to compact with its own weight, it has not half melted to re-freeze in the form of ice and nobody has stepped on it (although not we must confuse powder snow with virgin snow, they are very similar).

This snow is, so to speak, from «grainy texture»And does not offer great resistance to advance. For its texture still gives us some traction, and we can “wade” large amounts of this snow, even if it reaches the height of the window. It is rare for this to happen, but an example could be seen in the snow settling around the car after an all-night snowfall. If we can get out before the sun hits it and starts to melt, it will be easy. 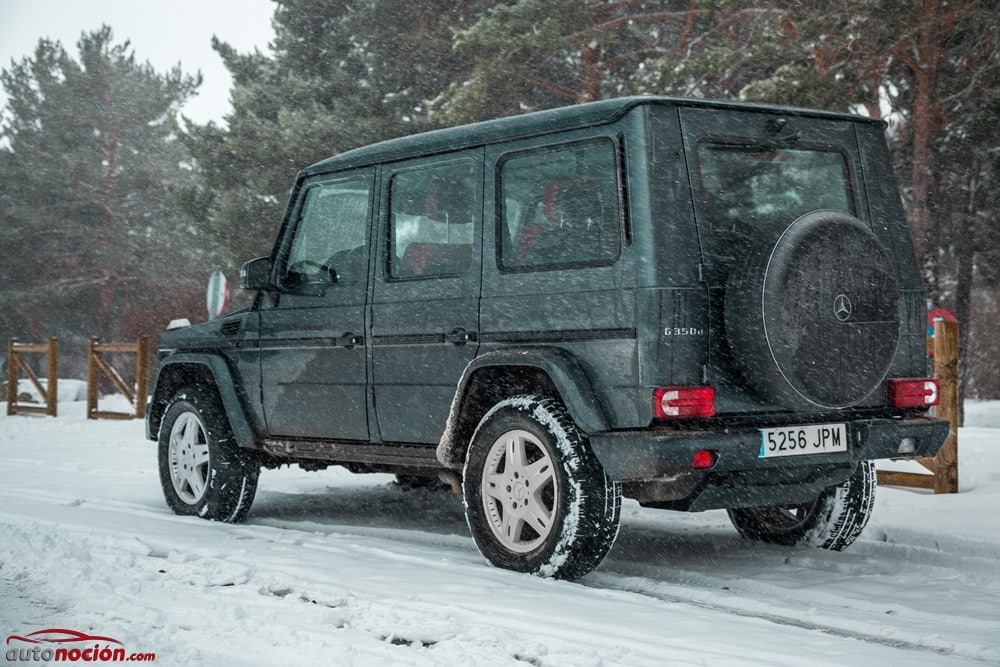 Precisely when the snow begins to melt, or when it houses a greater proportion of water between the flakes, it is when it begins to become difficult and more dangerous. The packed snow it offers more resistance and, the more water, the more weight. The height of packed, water-filled snow is, so to speak, ice. We can put an itinerary from when we have the powder snow until the ice forms in contact with the road.

The danger increases and traction decreases dramatically. Here comes the first piece of advice: unless you are going specifically to a certain location to roll on a type of snow that you have already controlled, prudence is the best thing you have. If you see snow in front of you, you should always put yourself in the worst case, that is, that it is difficult snow, that underneath there is or may be ice sheets, that it is dirty …

If you normally ride at 70% of your limit (which should be normal), now you should divide that by almost four and stay around 15% or 20%. Never, ever, risk in snow. Always prudent and humble.

Driving in snow: the basic tips

The driving on snow it is, as I said, something pleasant. It is very interesting to note the sensations that are transmitted from the two trains, front and rear, but at the same time it is a driving that we must have more than 100% controlled. You don’t have to be cheerful with the controls, you have to be soft, smoother than ever.

Typical tips for driving on snow are well known to all: 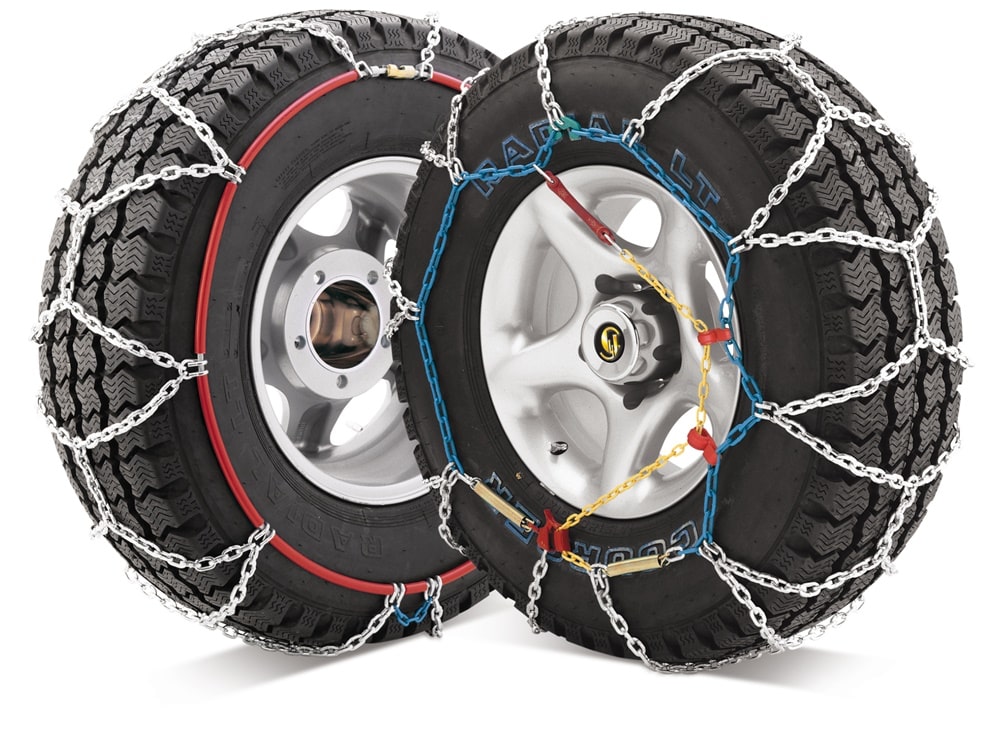 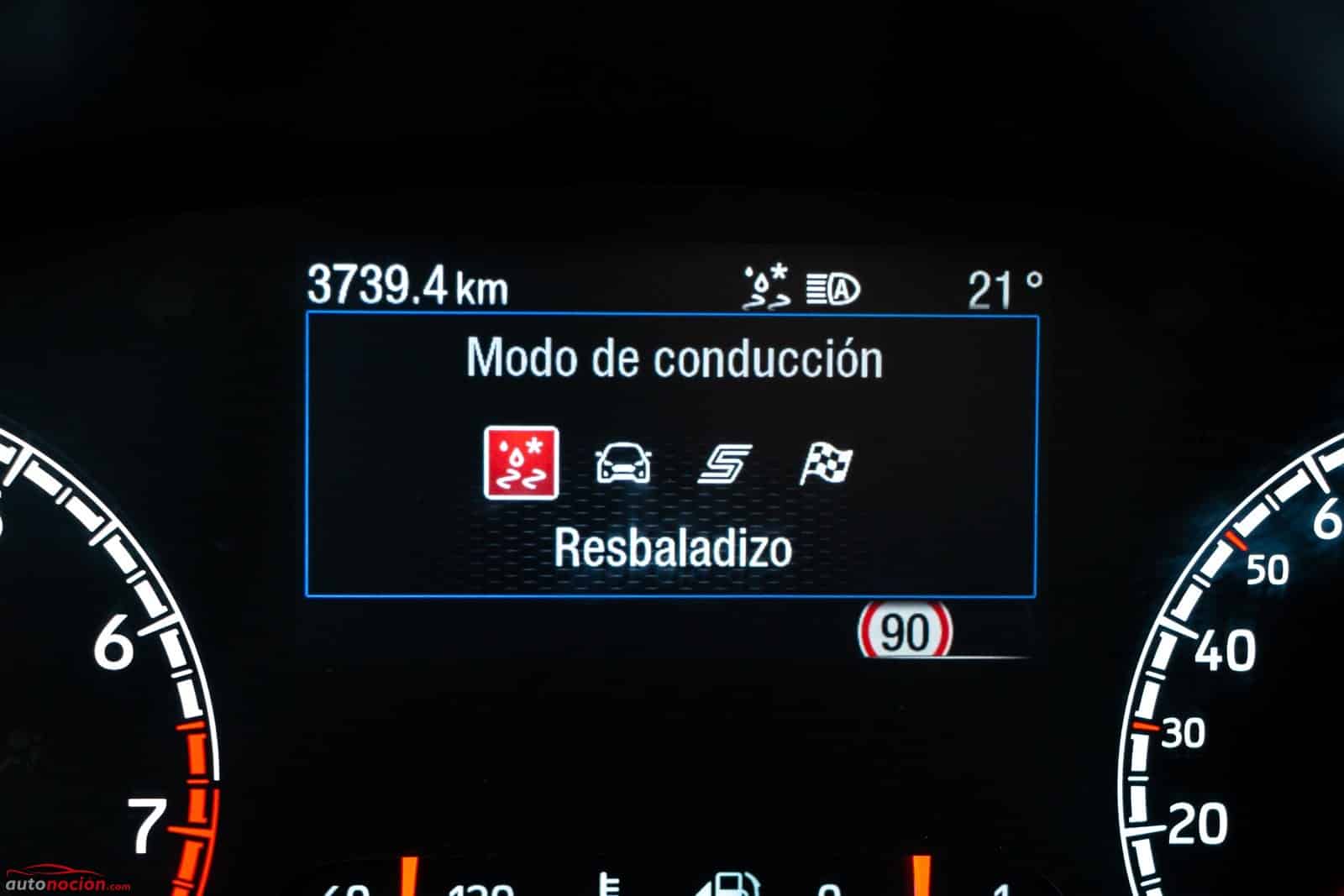 Some modern cars, especially automatic models, have specific driving modes for those situations where the asphalt may lack grip, use them. They are usually called Snow, Winter, Slippery…

Winter is long, but it is not the exclusive season to learn about winter driving. As soon as the temperatures drop below 7º C it’s starting to get pretty cold for our tires, something common in northern regions or mountain areas, and if the thing goes below four degrees we can already start thinking about relaxing driving.

The normal thing, however, is that this is more valid in winter than in spring or autumn (I don’t even mention summer). Anyone can be found a slab of ice or very cold asphalt if you pass through a tunnel at dawn, it is very cold and at the exit of the tunnel moisture concentrates on part of the asphalt, or if you drive on a mountain road in the same conditions. Let it be spring does not mean it is not cold at dawn, truth? 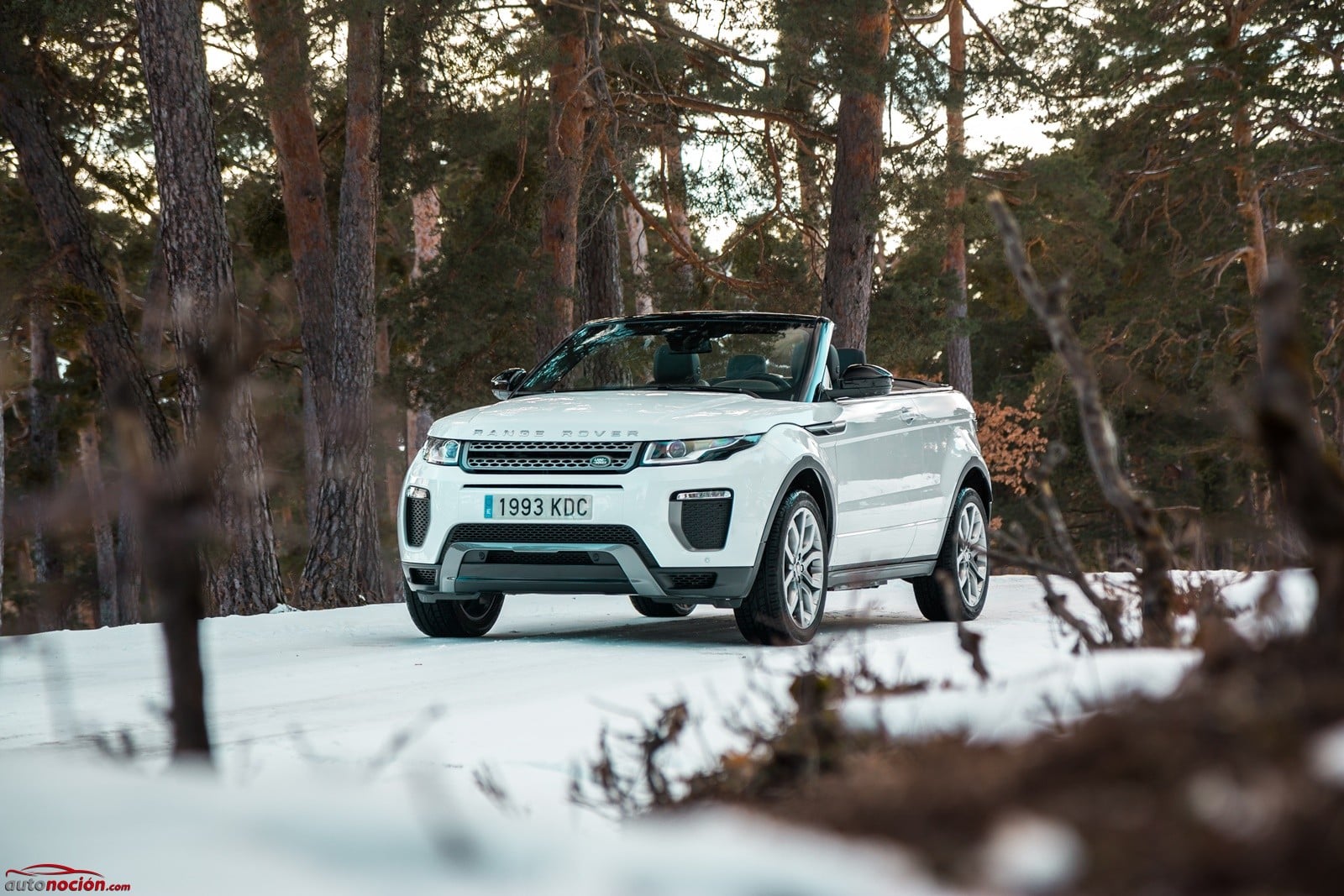 Natural indicators are what they should make us activate the «snow mode» in our brains, and act with the utmost caution and gentleness. Even with winter tires, you have to be minimally intelligent so as not to tempt your luck: they grip much better, they are much safer, but let’s not try to find their limits.

Seeing people on the road, under a flood, snowfall, very intense cold or similar that not only does not slow down, but continues as if nothing at more than 120 km / h seems absurd to me, whether with an Audi Q7 or with a Fiat 500, it doesn’t matter.

And what about winter tires?

This may be a hot spot for a topic as cold as the one we are dealing with. We will start from the fact that we all know the theory: that the chains are for certain snow or ice conditions, and that the winter tires, theoretically, serve us for the entire cold season if it is really cold in average.

These traction better on snow and ice, of course, they considerably improve grip and the evacuation of water and various liquids compared to summer tires … However, if temperatures rise, the differences in favor of winter are diluted until they remain in nothing, or worse. The decision is complex, but it is best to think:I can afford a second set of tires, and that this is winter? Do I have a safe place to store my summer set for its best preservation?

And most importantly, are the days with average temperatures lower than 7ºC (or less) significant? Using our common sense at the time of purchase will always give us a good result. What there is no doubt is that if the conditions are “for winter tires”, there is, for the moment, no better solution.

The usual is to mount the winter tires from October to March.

Due to their composition with a higher percentage of natural rubber, these tires do not harden under these conditions, but they maintain their flexibility, achieving greater adherence to the road at low temperatures. These tires feature special characteristics for climatic conditions typical of winter.

Many times the crux of the issue is not the type of traction of the vehicle, but the tires that we mount.

The tread pattern has a greater number of slots (lamellae), to achieve a better evacuation of the water. The grooves in these rubbers, which are deeper than usual, are also designed to achieve that goal.

Both factors are key for does not occur aquaplaning, a phenomenon produced by rain and melting snow due to the fact that the tires cannot evacuate enough water, so the driver loses control of the vehicle.