We knew that BMW was preparing a more radical version of the M4, but it was not until now that we have seen it roll at the Nürburgring. In the video on Automotive Mike’s YouTube channel you can see and hear the coupe rolling at top speed on the track. And be careful, because one of the strengths of the BMW M4 CSL 2022 are the exhausts.

According to early reports, the spicier version of the new generation of the BMW M4 Coupé will be available after next summer. Predictably, we will meet it at the beginning of the year, more specifically in the first quarter of 2022, since initially the start of its production has been confirmed for July 2022. 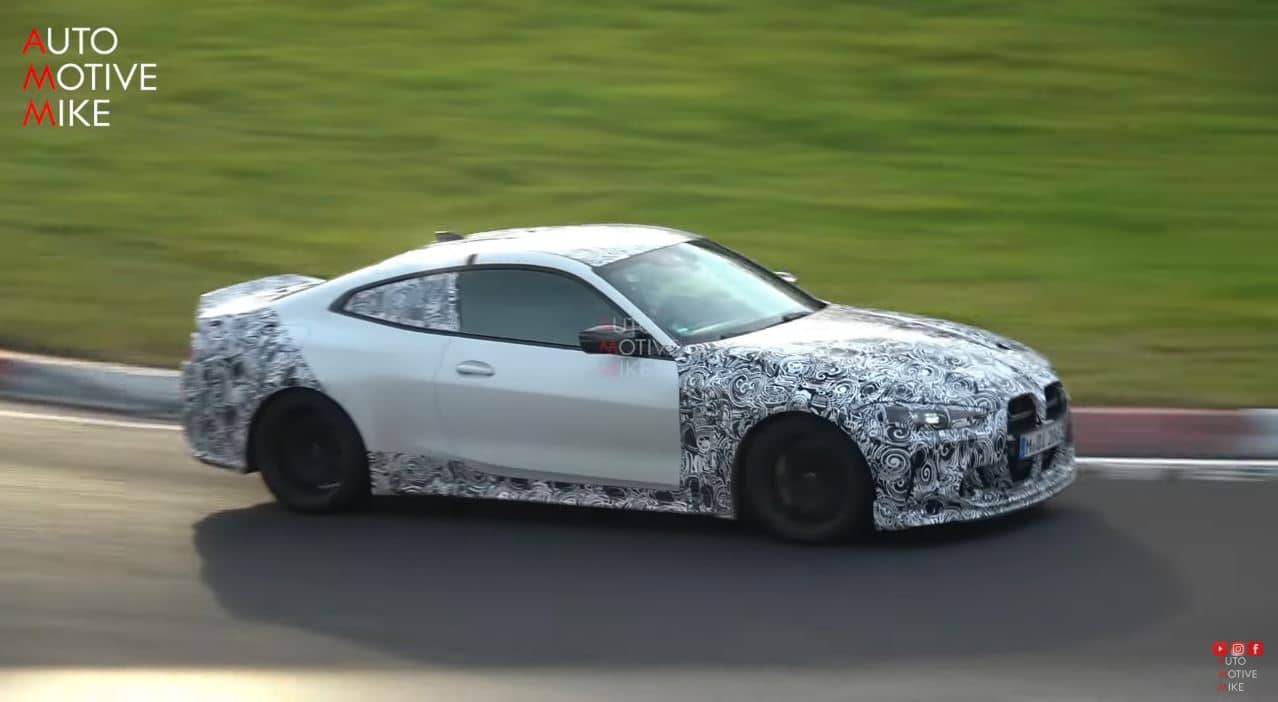 What will the BMW M4 CSL hide?

The car will sport a design quite similar to the BMW M4 Competition. Logically, it will boast of some trinkets specific and a lot of carbon fiber, but big changes in its general features cannot be expected. Yes there is talk of news on the grill, although I am very afraid that the vertical design will not change in any case.

The most interesting thing will be the news under the skin, since the overdose of power is surely accompanied by a reduction in weight. It is speculated with the absence of rear seats and all-wheel drive, which would help reduce several hundred kilos. Regarding the engine, the 3.0-liter inline six-cylinder with twin turbocharger will remain.

In essence, it is the same mechanics that drive the BMW M3 and M4 Competition, but it will generate much more power. Gossips speak of up to 540 hp (403 kW). For now the powertrain details are anyone’s guess, so we don’t know how the extra force will be obtained. Along with the rear-wheel drive, there is also talk of a single automatic gearbox.