Some Apple apps like the App Store are financed – among other things – by advertising. On the iOS app store, developers can thus pay to promote their platforms to the users most likely to download them, thanks to the personal data collected by Cupertino which makes it possible to target the right people.

For example, today when we type “Fortnite“in the search bar, it’s a campaign for the MMORPG”tower of fantasy” which is displayed at the top of the screen, before the list of apps associated with the entered term. But before long, advertisements could also appear in thetab Today from the App Store according to Mark Gurman and on the download pages of third-party apps.

A new tool in the loop?

Gurman also reports that a reorganization has taken place within the Cupertino teams, with now Eddy Cue (VP services) as direct referent of Todd Teresi (VP publicity). Which fits with other rumors that Apple is preparing to unveil some kind of Business Manager to the Facebook, reported earlier by an expert from Bank of America.

According to Teresi, the ads “only” earn four billion dollars per year to Apple, a figure that the firm would like to increase to at least ten. This could then try to catch up with the giants of the sector such as Meta (Messenger, WhatsApp, Instagram) or Alphabet (YouTube, GMail, Google Ads). Only risk: that the legislators do not appreciate the maneuver. 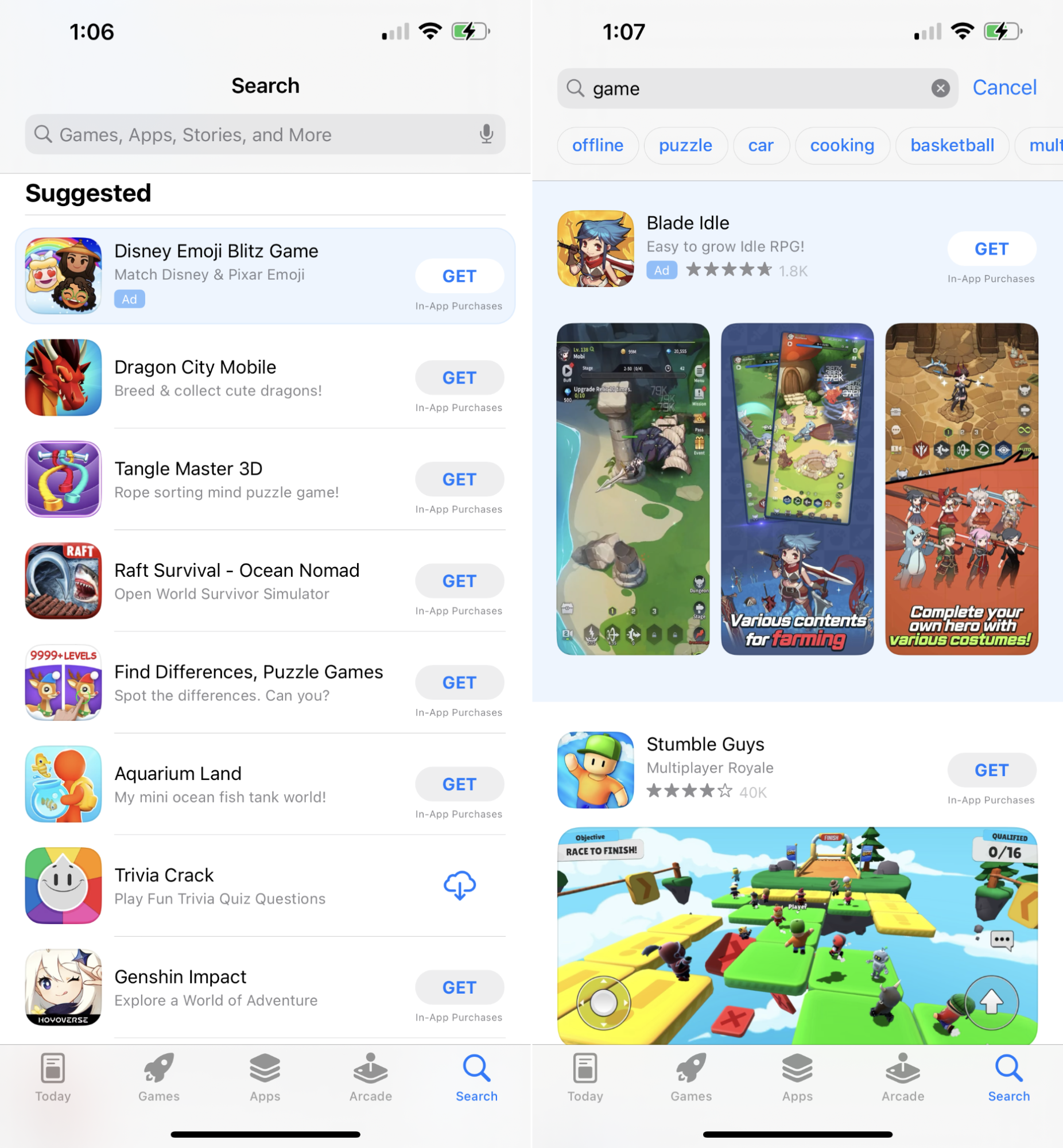 Indeed, let’s not forget that the ATT now allows users to block the cross-app tracking that iOS publishers rely on to serve them personalized ads. Apple, on the other hand, does not hesitate to detect your habits in order to then offer you the best of its services according to them. Regulators even consider that the simple fact of integrating Apple Music links in Shazam or offering the Apple One offer in the Settings is also anticompetitive…

In the meantime, Gurman also expects to see new advertisements land in Apple Maps, Apple Books, Apple Podcasts and Apple TV+. Which will then be reminiscent of the packages financed in this way that arrived on Netflix and Disney +…