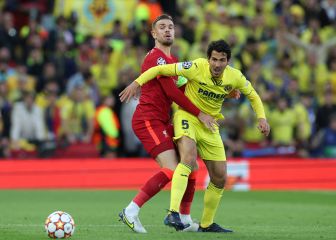 Spain will play the Conference League for the first time in its history. Next season there will be a representative from LaLiga Santander in the third European competition, something that has not happened this season. Of the five major leagues, the Spanish was the only one that had not participated in the first edition of this particular tournamentcreated to give more visibility to the minor leagues and make it easier for mid-level teams to enter an advanced round of travel across the continent.

Until now, the participation of a Spanish team was still up in the air. It wasn’t until Tuesday night, with Villarreal’s elimination from the Champions League semi-finals, that it was confirmed. LaLiga will have a common distribution of European competitions: the first four will go to the Champions League, the Cup champion (Betis) to the Europa League, another representative to the same competition and the next to the Conference.

In what case then could the Spanish place in Conference be forgotten again? In the same as last season. That is Villarreal will win the Champions League, as it did in its day with the Europa League, and thus seal its participation in the top continental competition and could alternate said prize with the one obtained via the League. Upon being defeated against Klopp’s Liverpool, there is no option of winning extra seats or overlapping benefits. Only Real Madrid could still achieve it, but it would not have any kind of consequence at the competition level.

How could the square be lost?

His Conference League place is free, but it is not redistributed to another team. It would only be given to the seventh if Villarreal were eighth. A place obtained by the competition bases would not be removed, since It would mean a disturbance of order in the middle of the season. Nor can Villarreal, champion, be taken away from him. Then, Five would go to the Champions League, two to the Europa League and one to the Conference League. The simplest explanation is that if Villarreal wins the Champions League and finishes in the top seven, they get two prizes for the following season. Automatically takes the best (go to Champions) and loses the worst. It is lost, so it does not go to another team. In this way, the Conference League place disappears.

There could also be another assumption: Villarreal finishes sixth and wins the Champions League. In that case, he would have a double prize again: Champions and Europa League. It wins the participation in the best football competition on the planet and, therefore, leaves only two total places for Europa League and Conference. Spain are always guaranteed two places in the group stage of the second European competition, so the Cup champion and fifth or fifth and seventh would go directly to the Europa League and lose the Conference again.

So, how are the places distributed this year?

The only controversy is that still It is unknown in what position Manuel Pellegrini’s team will end up. In the absence of four days, he is fifth with 58 points, seven above the eighth place and six ahead of the seventh. In addition, he is only three away from fourth place. Therefore, depending on its end, it can condition the classification of the rest.

What happens if Betis is fourth?

They go to the Europa League the fifth and the sixth and to the Conference, the seventh.

What happens if Betis is fifth?

It goes to Europa League next to the sixth. The seventh, to Conference.

What happens if Betis is sixth?

It goes to Europa League next to the fifth. The seventh, to Conference.

What happens if Betis is seventh?

It goes to Europa League next to the fifth. Here the constant changes: the sixth goes to the Conference League.

What happens if Betis comes in eighth or worse?

It goes to Europa League next to the fifth. The sixth is satisfied with the Conference League and the seventh is left without competing in Europe next season.