Apple had made an appointment with all its customers and developers for tonight’s WWDC. In addition to the announcements that have long revolved around iOS 16 and macOS Ventura, Apple also devoted part of its conference to iPads, the Apple brand’s tablets.

The main novelty that we will remember from this conference is the arrival of the brand new Stage Manager functionality (presented with macOS Ventura) on the iPads. Already equipped with an M1 chip, like the MacBook Air and Pro, the iPad Air and Pro will therefore have the right to the same screen presentation as the Macs. What make even more blurred the barrier between the two OS which seem destined to join one day or another.

In the rest of the announcements made by Apple this evening, we will especially remember the arrival of the new Freeform application, dedicated to Braistorming and teamwork. More generally, this WWDC launch conference was an opportunity for Apple to emphasize collaborative work and group tasks.

The “Messages” application rather used on iPhone than on iPad is thus equipped with interesting features such as the possibility of sharing documents from native Apple applications such as: Files, Keynote, Numbers, Pages, Notes. 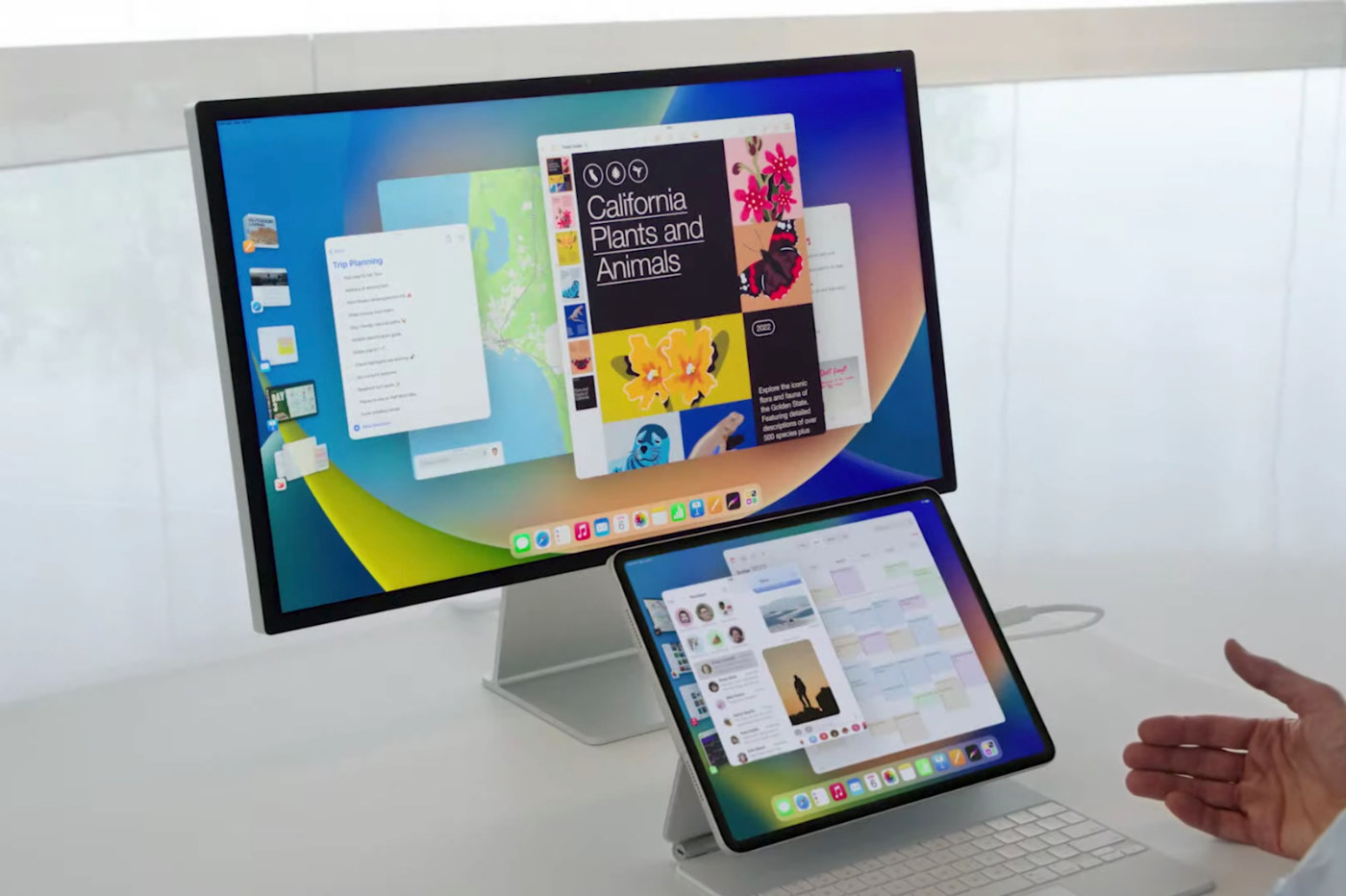 Other novelties and an expected arrival

As on macOS Ventura, Apple has chosen to launch new features in its Mail application. It is therefore now possible to plan in advance the launch of an email but also to have access to the “Remind Later” or “Rappel” function in French. The latter will send a notification after a certain period of time, to remind you to read this or that email.

Finally, the Meteo application should make a triumphant arrival on iPads. Indeed, it was until now the great absence of iPadOS and its arrival fills a void that was difficult to explain until today. Apple explains that users can access the most important information in just a few gestures.

Finally, as on the iPhone, it is now possible to simply switch from dictation to the keyboard, the latter no longer disappearing when entering a voice message. It will be possible to select a written area and correct it, by hand or with the voice.