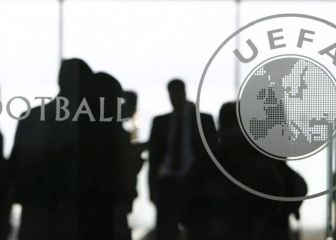 The Luxembourg Court of Justice has scheduled the hearing to decide on the preliminary ruling raised by Judge Ruiz de Lara for the next 11 and 12 Julywho asked the Curia of the European Union to decide whether UEFA enjoys a monopoly on the organization of continental competitions, as claimed by the Super League (ESL).

“The matter is well raised legally, and we trust that in the end a sentence will come that can reverse the order of football and break UEFA’s monopoly with the Champions League,” said the Super League sources consulted by AS. UEFA, however, firmly maintains that Justice will rule in its favor while pressing with the possibility of preventing the three clubs that remain firm (Real Madrid, Barcelona and Juventus) from playing the Champions League next season.

About the Super League, 27 judges will decide, one for each member country of the Union. And they will do it with technical criteria. Manuel Ruiz de Lara, Spanish Mercantile Magistrate, asked the Luxembourg Court for a preliminary ruling on whether there is abuse of a dominant position by UEFA – and also by FIFA – and if that exclusive on the organization of international competitions goes against the right of the jurisdiction of the Union. What the European Curia decides will be mandatory throughout the territory of the EU.