The drugs and alcohol They were never good friends with driving, but it seems that there are still those who are not clear about it. As you would surely see last week on the illuminated road signs (between December 6 and 12), the General Directorate of Traffic carried out a campaign to raise awareness and monitor the consumption of these substances while driving.

We already know the results, and once again they are not good at all. In recent drug and alcohol campaigns, the numbers have been worrying. On this occasion and, for a week, more than 153,276 drivers They have been required by the agents of the Civil Guard Traffic Group to carry out alcohol and other drug control tests.

Regarding the tests for the detection of alcohol, during the seven days there have been 148,299 tests and 1,731 drivers tested positive. Of these, 1,467 were detected in preventive controls, 91 after having committed an offense and 18 for presenting obvious symptoms. More worrying is the fact that 155 positives had been involved in an accident.

If we talk about drugs, a total of 4,977 tests. Of them, 1,444 people tested positive in the circumstantial tests: 1,262 detected in preventive controls, 103 after having committed an offense and 79 for being involved in an accident. As usual, among the most commonly used drugs are cannabis (1,077 cases), cocaine (469 cases) and amphetamines (202 cases). 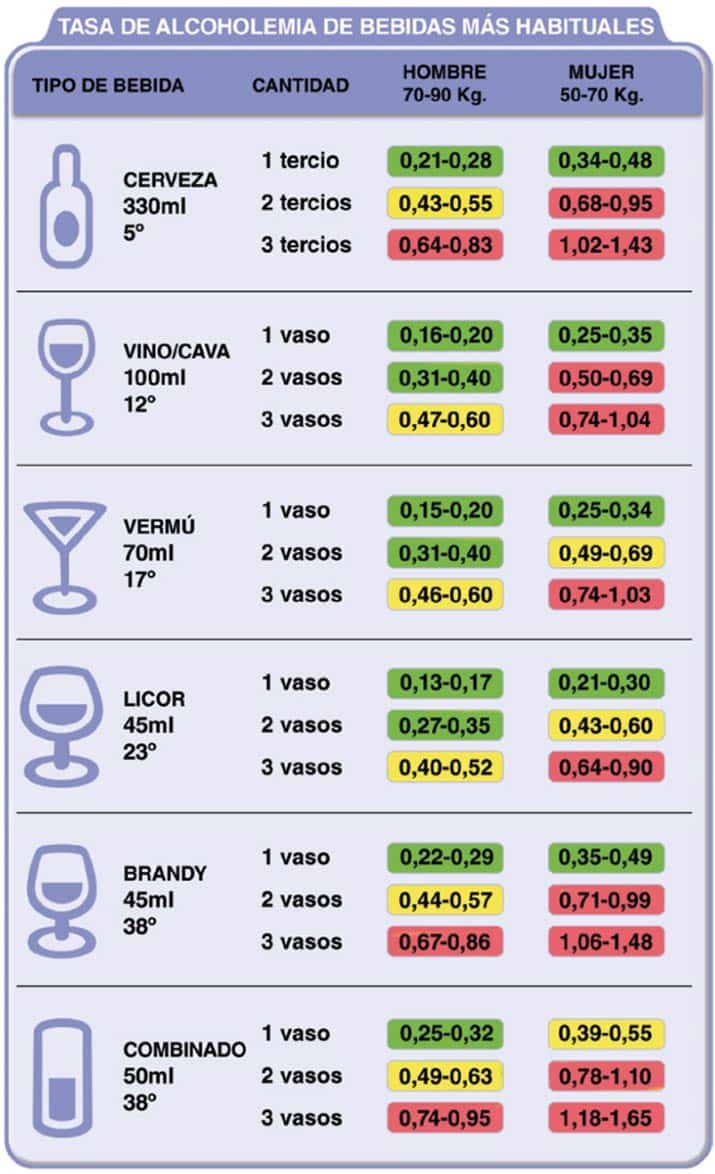 Administrative penalties for alcohol and drugs

Administrative route: The Road Safety Law sets the maximum rates of alcohol allowed for drivers, as well as the prohibition of driving with the presence of drugs in the body.

Penalties via criminal alcohol and drugs

Penalty: Chapter IV of the Penal Code defines crimes against traffic safety and establishes the following penalties for driving with excess alcohol or under the influence of drugs.