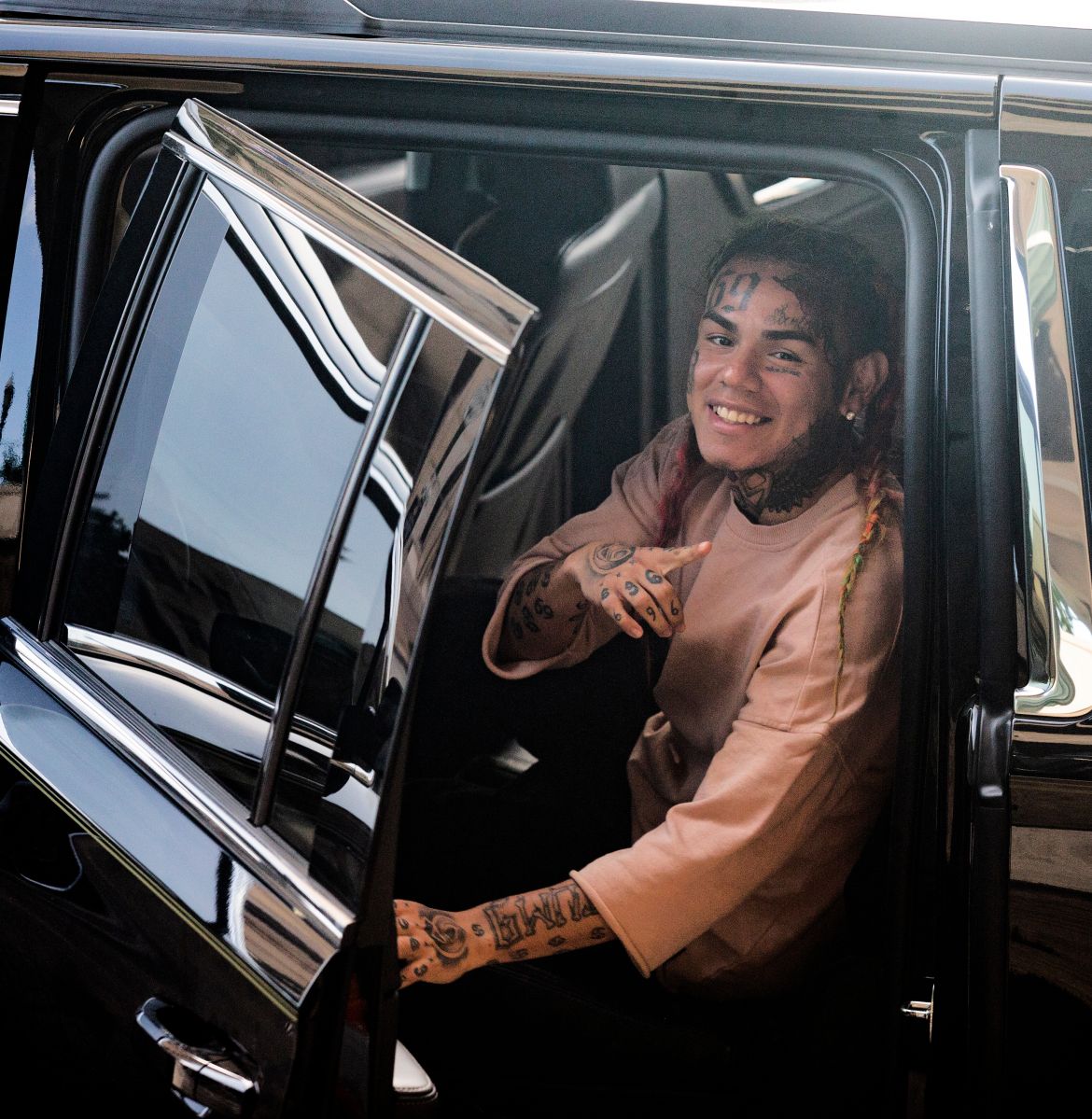 The controversial American rapper Tekashi 6ix9ine gave a big surprise to a family that lives in extreme poverty in Cancun, since it gave away about $50,000 dollarsleaving locals and strangers with their mouths open.

And it is that Tekashi 6ix9ine, whose real name is Daniel Hernandezis on vacation in the Mexican Caribbean and decided to change the life of a poor family in cancunin the southern state of Quintana Roo.

So, the rapper, who has his Latin origins, got into his truck and began broadcasting live from his Instagram account.

Tekashi 6ix9ine shows the money he gives to the family

In the video, 6ix9ine, as the rapper is also known, comments that he has a million pesos (about $50,000) that he is going to give to a family living in extreme poverty.

During the broadcast, Tekashi 6ix9ine shows a bag full of banknotestakes some bundles and shows them to the camera and explains that he will give them to a poor family in the area.

His tour ends when he arrives at a humble house, made of cardboard and wood. He gets out of the truck and carries the bag with the money in one of his hands.

Arrive at a humble home

Upon arrival, the door is open, where a small boy is found, he introduces himself to a man who comes out, with his real name: Daniel and speaking Spanish perfectly.

“Hello, how are you, my name is Daniel”, says the rapper as he stretches out his hand to greet the head of the family, who introduces himself as Adrián Hernández, who receives him with a smile.

The rapper advances inside the humble house and leaves the bag with the money on the floor, which he takes out little by little, and hands a few wads of bills to the man, who looks at Tekashi 6ix9ine in disbelief.

“This is a million pesos,” said Tekashi 6ix9ine

“We want to give him, this is a million pesos. Paisita, this is for you and your family. It’s all yours paisita “, says the rapper while the family that gathered around the singer looks on with a surprised face.

“I do not think so”says the man who identified himself as Adrián Hernández, while the rapper gives him more bills.

Hernández goes from surprise to gratitude and tears when he sees what is happening. His emotion was too much that he came to tears, but the rapper also had words of comfort for the man.

“Don’t rush, don’t rush, God bless you”expressed Tekashi 6ix9ine, while hugging the head of the family and then also comforting the man’s wife, who could not contain the tears of emotion for the gift they received from the American singer.

The American rapper shared the story on his Instagram account, where he has almost 22 million followers and stressed that the family to whom he gave the money lacks basic services.

“I gave a family $1,000,000… This family had no water or electricity…” the rapper wrote, although the amount given was one million Mexican pesos, equivalent to about $50,000 dollars.

He also highlighted that his plans are to give away around $50,000 each week to random people.

The video of just over a minute has more than 6 million views.

Tekashi 6ix9ine was born in New York, but he has Latin origins, since his mother is Mexican and his father is Puerto Rican.