The Twitter account belonging to Van der Velde, the CEO of Tether, was disconnected after the publication of the report questioning the USDT reserves. Who is he and what is known about him?

The CEO of Tether and Bitfinex, Jan Ludovicus van der Velde, mysteriously disappeared from Twitter after an investigation of Bloomberg that delves into the reserves that support the stablecoin USDT, issued by the company.

As reported DailyBitcoin, the report published by Bloomberg questions the support and transparency of the company and contends that USDT is backed by questionable assets, including “billions of dollars in short-term loans from large Chinese companies“. The company has been under scrutiny for several years due to the status of its reserves and other questionable items.

Now, shortly after the last report that casts doubt on the multibillion dollar reserves of Tether, another news agency reports that the Twitter account belonging to the supposed CEO of the company has vanished. Van der Velde’s account, under the username @urwhatuknow, was deleted shortly after the news, as reported CryptoBriefing. 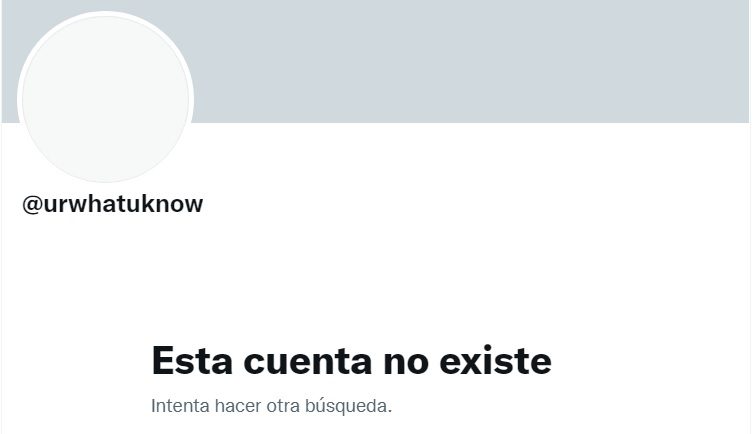 The latest publication of the CEO had already anticipated by several days the publication of the investigation of Bloomberg. As you can see in a archived page, the Twitter account of the executive of Tether had published on October 4 a last tweet where it said:

Another economically enslaved dying magazine trying to create some FUD [miedo, incertidumbre y duda] on Tether to bring some money and delay its extinction for a few more days, stay tuned…. # dinosaurs.

Who is the CEO of Tether?

There is a possibility that van der Velde has anticipated the events by deleting his Twitter account after learning about the investigation of Bloomberg. For the report, journalist Zeke Faux and a team of Bloomberg sought to get in touch with the top executives of Tether, although the CEO did not comment.

“Tether’s attorney, Stuart Hoegner, told me over the phone that Van der Velde and Devasini [el director financiero o CFO] prefer to avoid the spotlightFaux wrote in the article. He also described van der Velde as “a Dutchman who lives in Hong Kong and seems to have never given an interview or spoke at a conference“.

In fact, despite his position as CEO behind the issuing company of the largest stablecoin in the world, very few public statements have been made by van der Velde. In the past, he has barely spoken to a couple of outlets regarding investigations into the company, and he has remained a relatively mysterious figure.

Overall, the face of the company has been CTO Paolo Ardoino (who is also the CTO of Bitfinex). Ardoino has appeared in various interviews and has on different occasions denied the accusations surrounding Tether. He has also excused the CEO for his lack of public presence. In an interview with CNBC In July, the CTO said:

Our CEO [Jan Ludovicus van der Velde] and our CFO Giancarlo [Devasini] they are two great entrepreneurs. They are working as hard as they can, they are very hard working. They are very involved with our businesses and handle the day-to-day operations, and they are also extremely available to our clients.

The last comments and / or public appearances that we could find from the executive date from the year 2018. That year, van der Velde reportedly communicated by email with the medium Business Insider to deny the allegations that Tether had contributed to the growth of the Bitcoin in 2017.

A blog post of Bitfinex of that same year it says that van der Velde joined the company as co-founder and CEO in 2013. That entry also describes him as a “technologist and serial entrepreneur ” that “He speaks five languages ​​and has accumulated 30 years of experience in the international high-tech industry“. A web page archive of the company shows an executive image.

It should also be noted that his deleted user profile on Twitter did not reflect any information about his current position at Tether or Bitfinex. In its history on the platform, the account had only published 135 tweets and it registered just over 500 followers, both hardly unusual figures for executive leaders of one of the largest firms in the crypto space.

This lack of CEO presence has generated some speculation about the identity of van der Velde, some question its existence while others suggest that it is a pseudonym, as indicated CryptoBriefing.

So far it is unknown why the CEO’s account has been removed from the social network. As highlighted in the report by CryptoBriefing, the account may have been deleted by van der Velde himself to avoid conflicts or controversies in Twitter, or even so as not to be disturbed by possible hostile messages from users of the platform. However, as that outlet pointed out, this would seem unlikely, especially considering that other executives, including Ardoino, remain active on Twitter.