Just a few weeks ago, Volkswagen Commercial Vehicles announced the arrival on the Spanish market of e-Caddy ABT and the e-Transporter ABT. With the launch of these new models, the brand has expanded its electrical offensive and is positioned as the first brand with a 100% electric model in each of the relevant segments of the light commercial vehicle market.

The electrical range of Volkswagen Commercial Vehicles It will continue to grow in the coming years with the launch of a model based on the MEB platform: the ID.Buzz, an electric version of the legendary T1 with up to 8 seats; and the ID. Buzz Cargo, the first commercial vehicle based on the new ID family. This model is one of the 75 new electric vehicles that the Volkswagen Group will launch until 2029 with the aim of being a CO2 neutral company by 2050. To do this, the Group will invest 33,000 million euros in electric mobility until 2024.

The new ones e-Caddy ABT and e-Transporter ABT, are born through the collaboration agreement between Volkswagen Commercial Vehicles and ABT, the specialist in transformations. ABT has an “ABT e-Line” division specialized in electric mobility and with extensive experience at the highest level, such as its participation in Formula E. 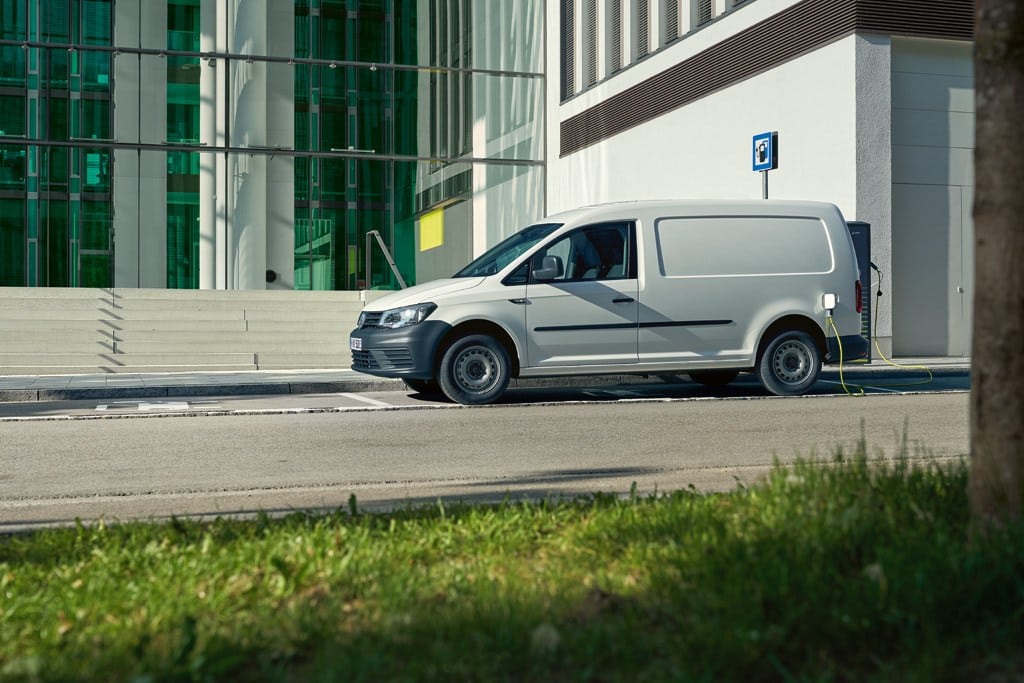 Both models will have a autonomy greater than 120 km (WLTP) thanks to the incorporation of a 37.3 kWh capacity lithium-ion battery. They can be charged in AC alternating current at a power of up to 7.2 kW and in continuous fast CCS charging up to 50 kW.

The two ecological models offer 83kW (113HP) power and a torque of 200Nm and they have front-wheel drive and automatic DSG transmission. The carrying capacity of the e-Caddy ABT is up to 651kg and 4.2m3 and in the case of the e-Transporter it amounts to 1,091kg and 6.7m3. 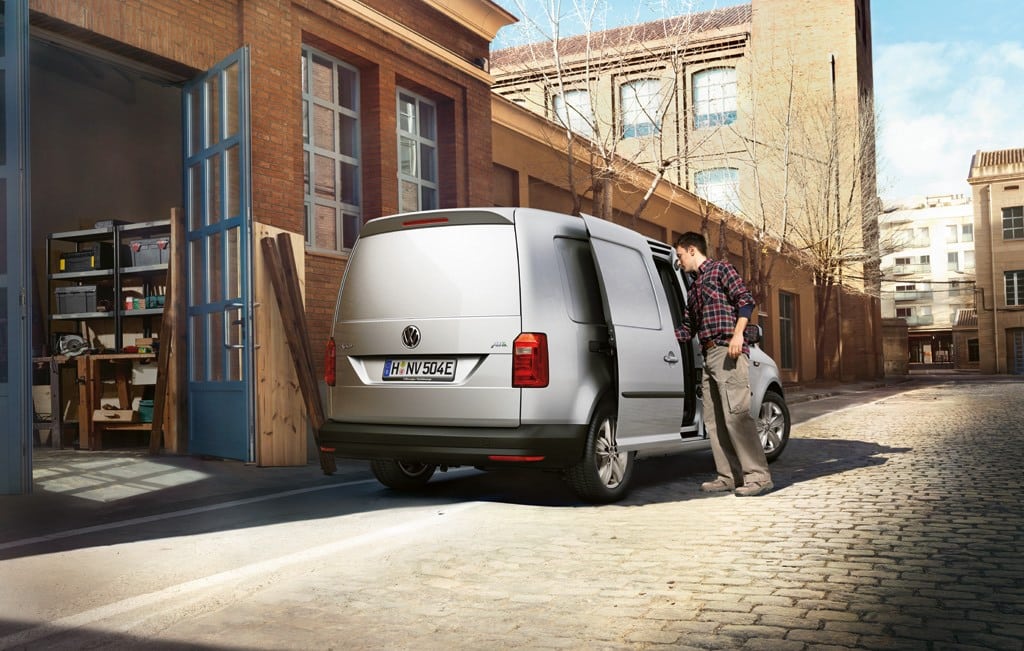 Maximum speed is limited to 90 km / h, but optionally you can raise the limitation to 120 km / h. The number of places will be 2 or 3 in the van. He e-Caddy ABT offers complete standard equipment including: hill start assistant; Connectivity package for radio «Composition Color»; exterior mirror with electric and thermal adjustment; fog lights and static curve light; Climatic; side and head airbags for driver and front passenger; two-leaf rear door; rubber floor covering in the passenger compartment or cargo area. 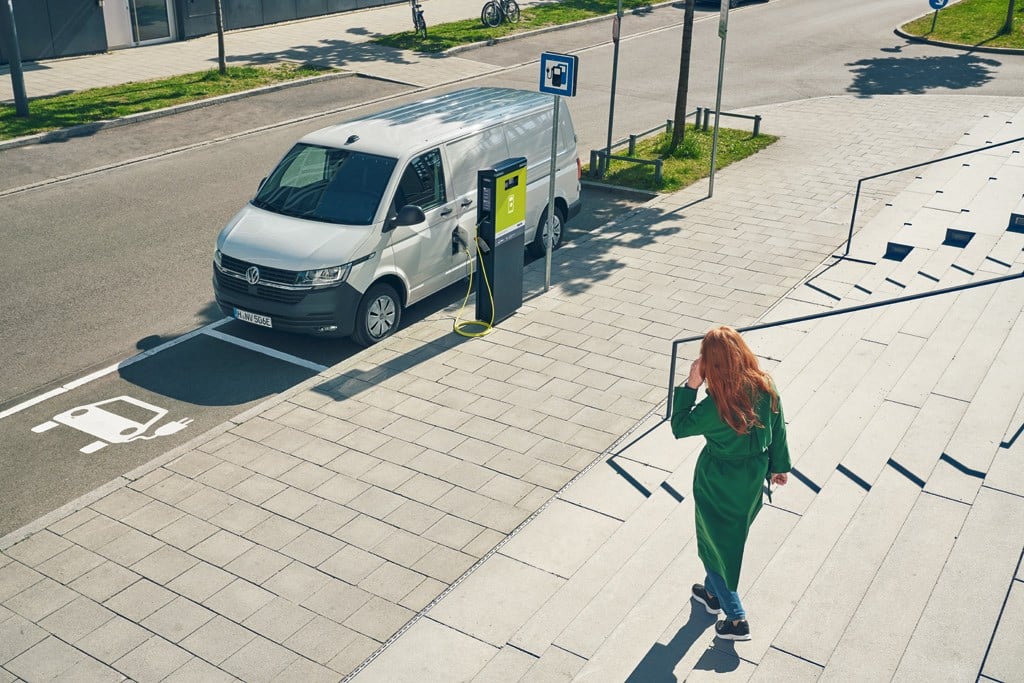 He e-Caddy ABT Box price starts from € 37,700 PFF (without commercial discounts or applied taxes and without aid from the Moves Plan). 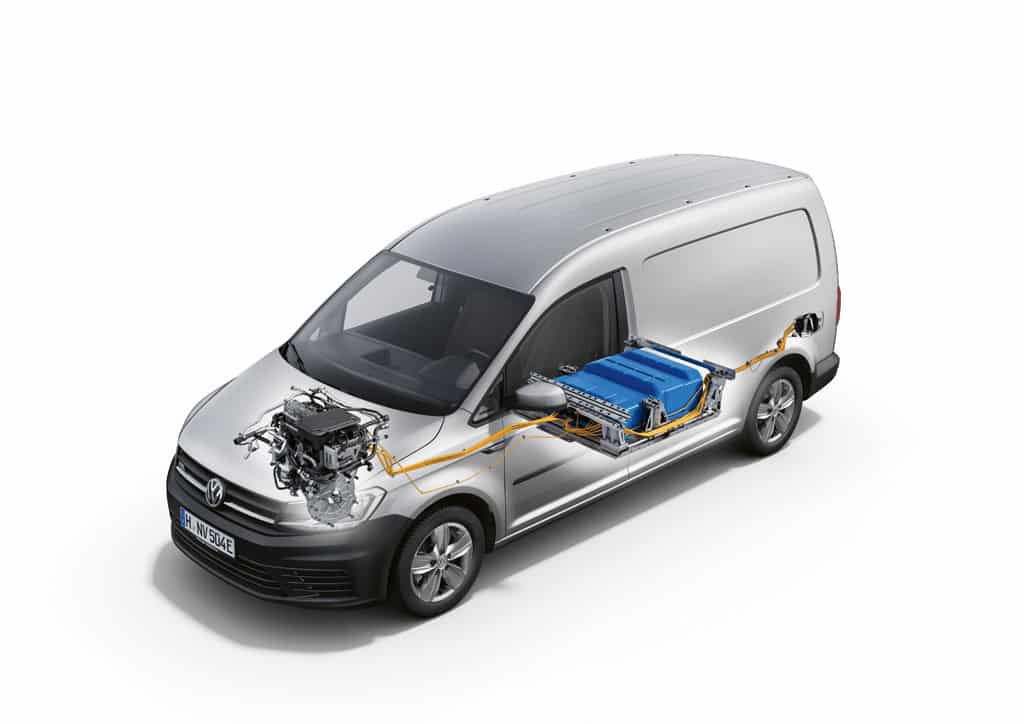 The price of the e-Transporter ABT Box starts from € 49,350 PFF (without commercial discounts or applied taxes and without aid from the Moves Plan). 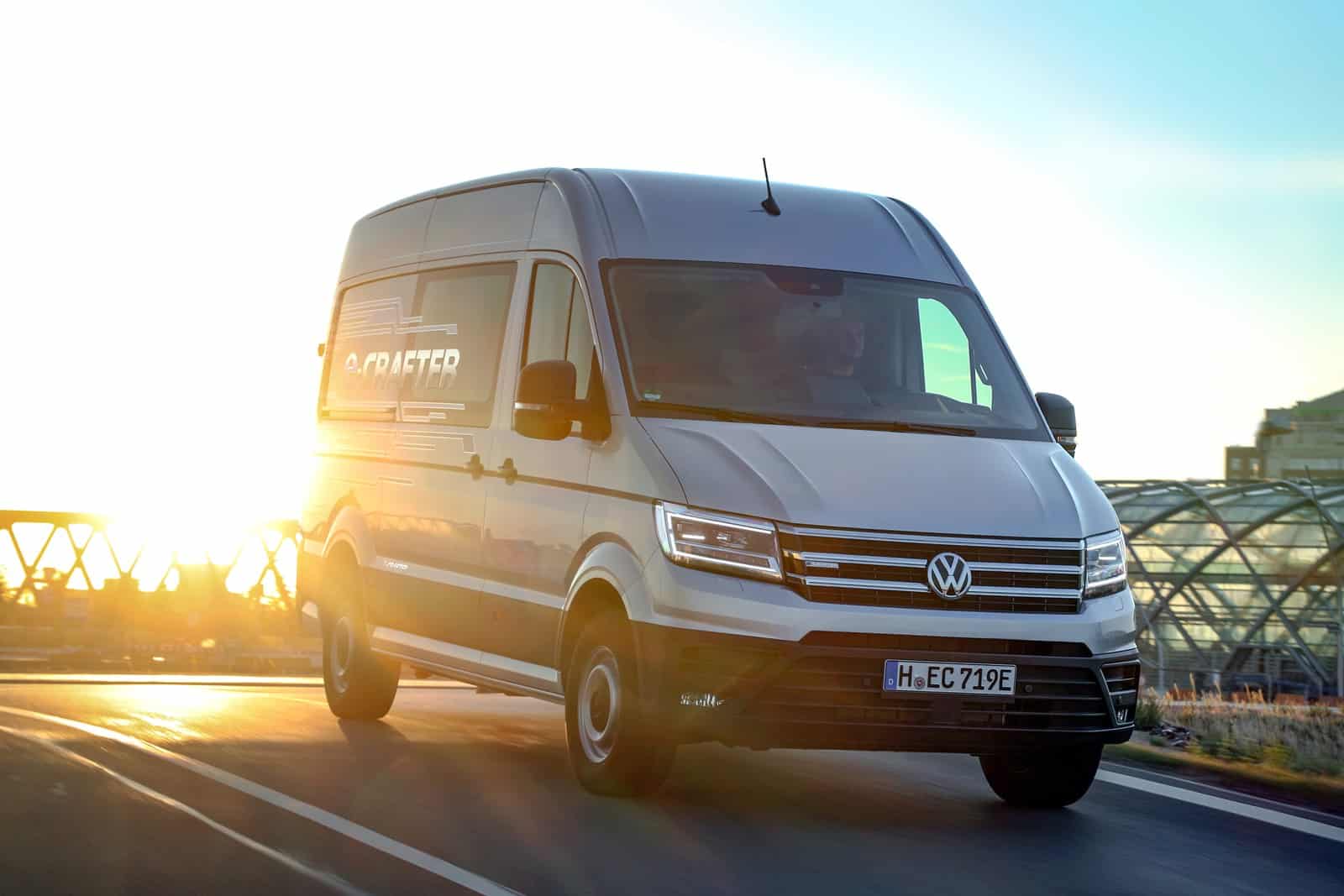 The e-Crafter equips a electric motor with a maximum output power of 100kW / 136HP that generates a maximum torque of 290 Nm, ensuring excellent performance even with the vehicle loaded, plus efficient, comfortable and emission-free driving. The motor is powered by a lithium-ion battery pack mounted under the floor of the cargo space, combined with a CCS quick charge system that allows 80% recharging of the batteries in just 45 minutes. 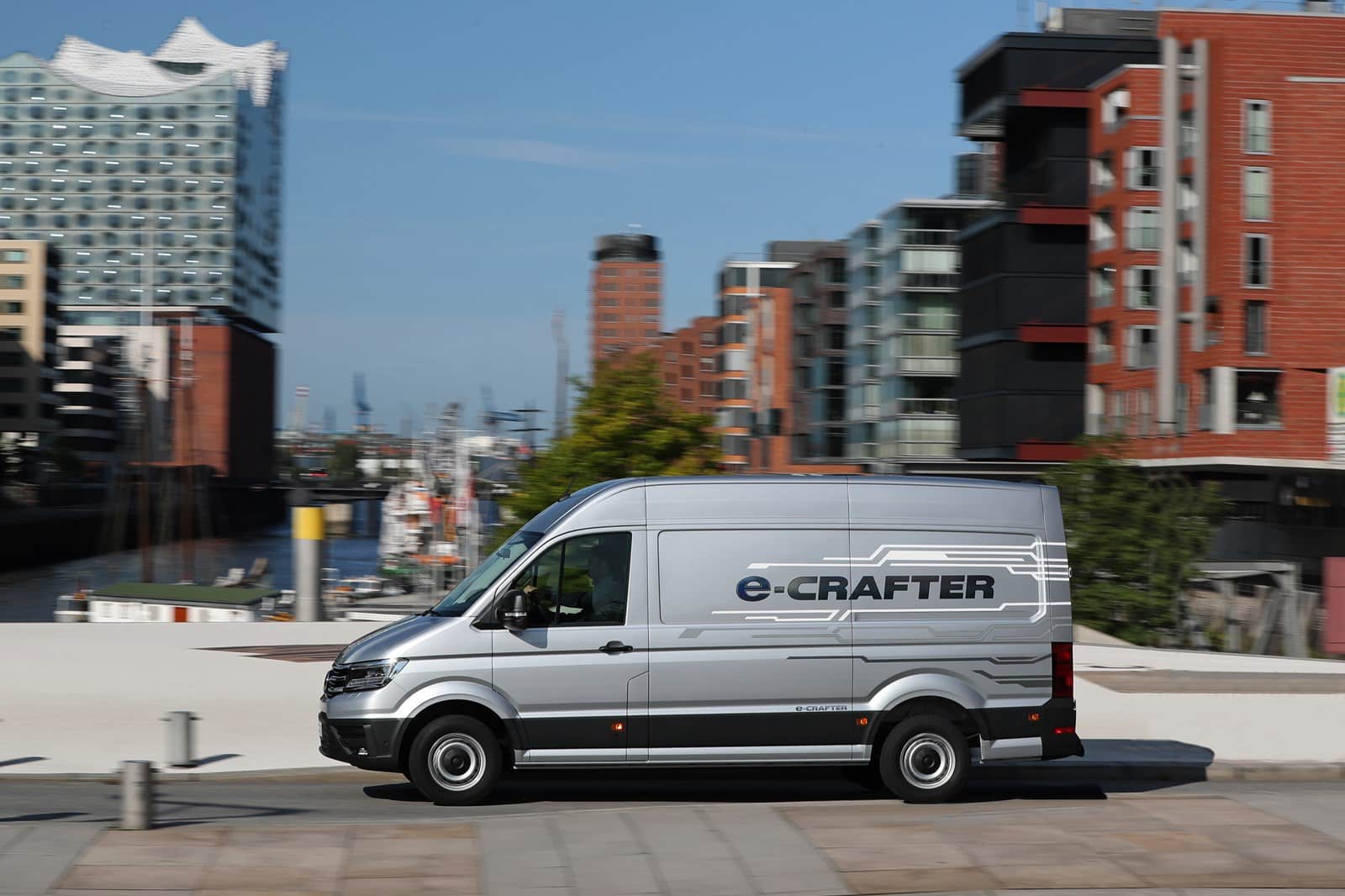 Apart from the 100% electric motor, the new e-Crafter differs from the TDI versions in various details, such as bumpers painted in the body color, the side protection strips and a horizontal blue line on the front grille. The e-Crafter can be recognized by its C-shaped daytime running lights, the typical identifying feature of Volkswagen electric vehicles. The cabin differs from the diesel versions in that it has a ‘power meter’ instead of the rev counter and a leather steering wheel with blue trim. The black titanium seams and seats also feature the same blue trim as the e-Crafter.

The e-Crafter also offers its users the benefits of its 100% electric mobility with a zero emission label. In addition to smoother and quieter operation, it benefits from economic advantages, both due to reduced maintenance and exemptions from paying tolls and parking in certain areas, as well as free movement in episodes of contamination and restriction of traffic in large areas. cities. 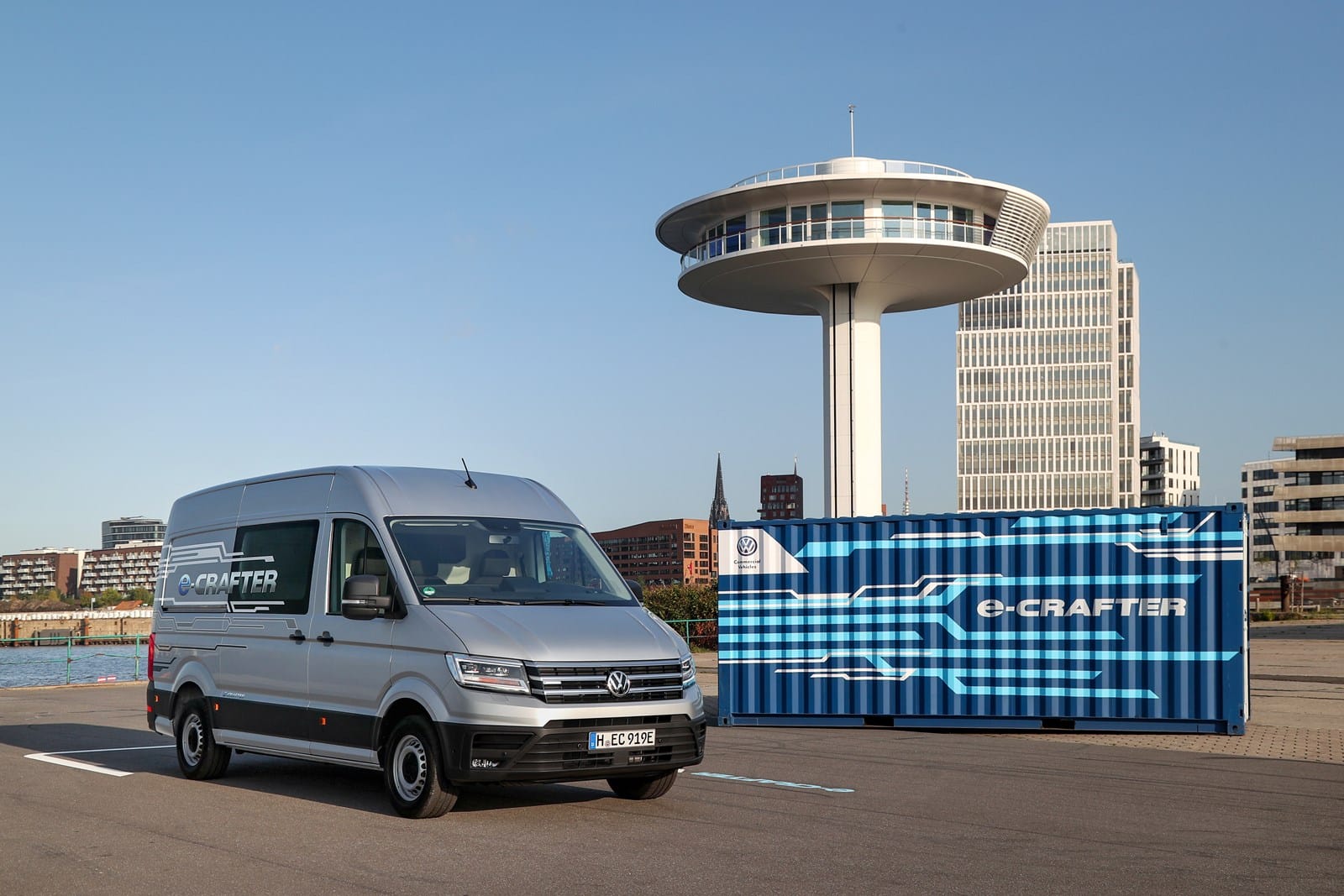 The new e-Crafter is for sale with a RRP of € 53,920 PFF (without commercial discounts or applied taxes and without aid from the Moves Plan).