Video editing software is very numerous today. From the most basic to the most advanced, in paid or free version, it can be difficult to make the right choice. This article presents the 15 best software for editing videos, along with their main criteria.

Camtasia is an editing software whose main functionality is screen recording in order to produce video content such as tutorials, digital lessons, etc. It allows you to add effects, music or even interactive elements such as quizzes or annotations. It is therefore a complete tool, which has evolved with the demand of video creators. Another advantage, it is possible to take it in hand in just a few hours.

Regarding its negatives, the first is that Camtasia is quite expensive software to buy ($ 249). It is therefore better to plan to make it profitable by having a precise video production plan in mind. In addition, you have to count the price of regular updates. Finally, videos produced entirely from Camtasia are less and less suitable for the web since they are often too heavy to be uploaded on social networks or on video sharing platforms.

Filmora is a reliable editing software that is particularly suitable for beginners. It is offered on a model freemium, that is to say that it is accessible in a free version, but that it is only fully operational with a paid offer. In addition, it is rather interesting to start in the video editing, since it costs 60 € per year.

Filomra offers several flagship features; among them, that of being able to easily edit videos. This software is therefore ideal for removing background noise or adding simple effects, for example.

See also  What Are the Sources of Revenue for Web Influencers in 2021?

Of course, Filmora has the drawbacks of simplified editing software. The production of videos requires a large storage space and therefore to have a sufficiently powerful computer. The number of simultaneous projects is also limited to 10 in the free version.

Lumen5 is not strictly speaking video editing software, but a tool for creating simple video animation from a blog post or a suggested template. It is priced at around $ 19 per month.

In the free version, it has the disadvantage of automatically adding an end credits. Text spaces are also a bit tight.

Adobe Premiere Pro is the industry standard for video editing. Existing on PC and Mac, it accepts all video formats. It offers a wide range of tools and features, which allow it to adapt to all types of professional video projects. In addition, it is compatible with other software in the Adobe suite, which boosts the possibilities in terms of content creation.

Adobe Premiere Pro has few drawbacks, but can be tricky for a beginner audience. Although there are many tutorials on the Internet, learning to do so takes time and investment. The software also requires a powerful computer. 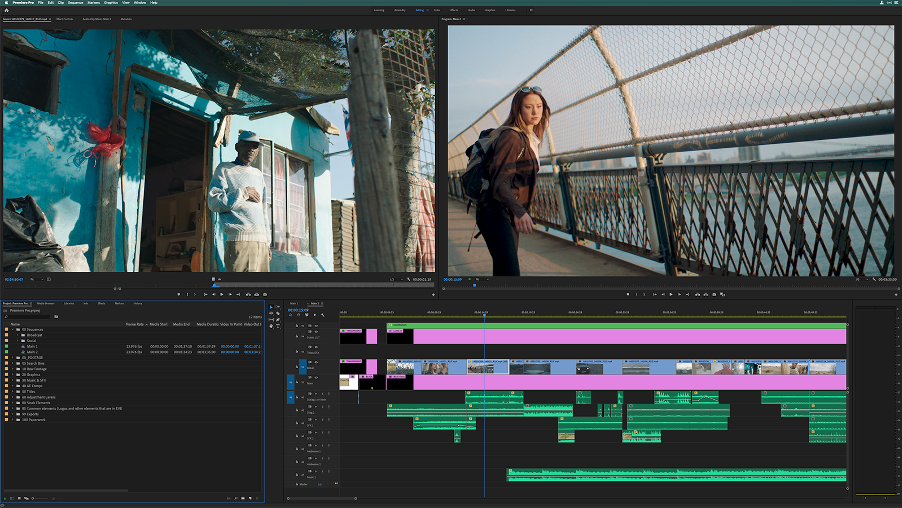 Final Cut Pro shares the podium with Adobe Premiere Pro for editing videos on a Mac environment. On the other hand, Final Cut Pro presents a much simpler interface, more accessible to the uninitiated. It has many features and is presented as a solution suitable for both video professionals and beginners.

Among the negative points, its rather high purchase price can be a brake. It takes 329.99 € to acquire the software. Videos produced with Final Cut Pro are generally heavy, which can be a problem if they are intended to be shared on the web or even stored on a computer with limited space. 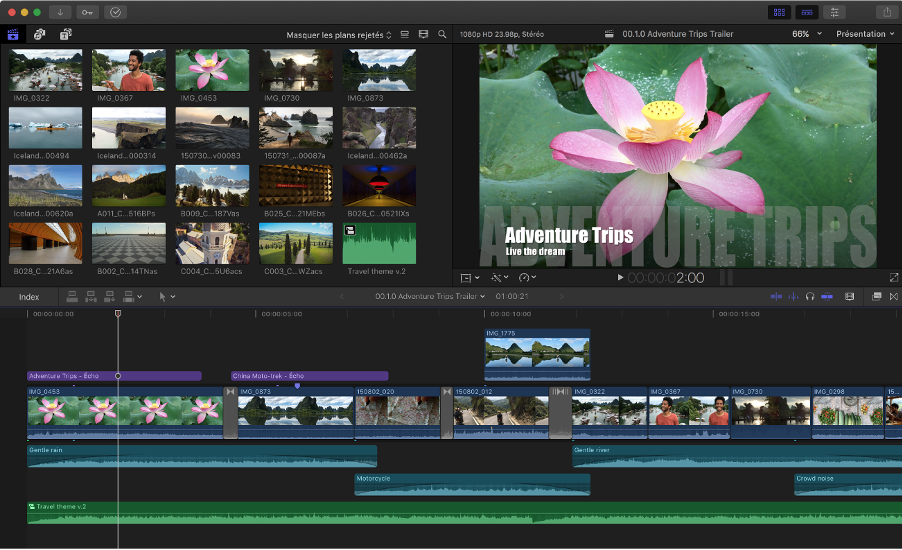 Magix Video is similar to Filmora, insofar as it allows simple editing. It has a library of interesting features, for example, an interactive map, for creating animated routes. Intuitive, its interface is accessible to all. Magix Video is offered at an affordable price, from € 39.99 to purchase.

Like most editing software, even simplified, Magix Video requires a powerful computer. 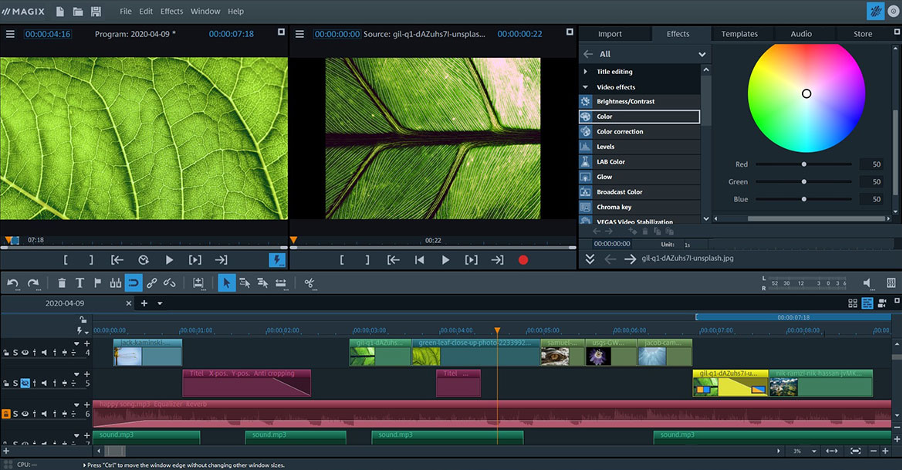 Clipchamp is freemium software, suitable for beginners. It facilitates editing and adding effects thanks to a library of pre-established video templates. The features are interesting for a tool of this type (green screen function, possibility of integrating videos into a video, etc.).

As for its drawbacks, it’s a shame that Clipchamp limits the size of videos to 480 pixels in the free version. But this limit can be exceeded by subscribing to an offer, starting at around $ 19 per month. 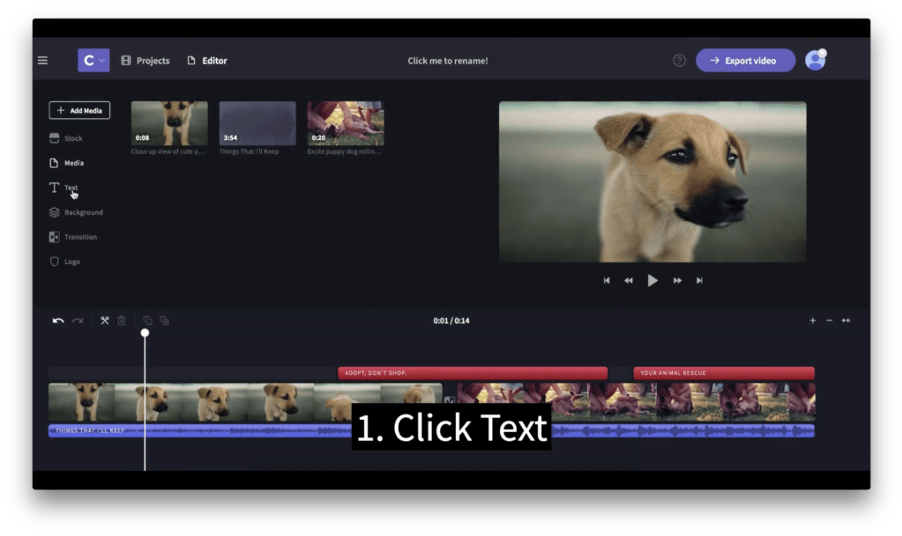 Playplay is a tool whose most interesting functionality is to offer a set of turnkey models, which can then be personalized. It is ideal for creating small videos for social media.

Playplay is easy to learn, without lowering the quality of the videos. You don’t need to have technical skills to use it to its fullest potential.

In contrast, compared to professional software such as Adobe Premiere Pro, Playplay has limited functionality in terms of editing. In the list of minuses, its price occupies an important place. The tool is indeed offered at 160 € per month, which makes it not very accessible to small businesses.

In terms of drawback, it can be criticized for not allowing to integrate 3D animations in the videos. Likewise, exporting videos is sometimes quite long. 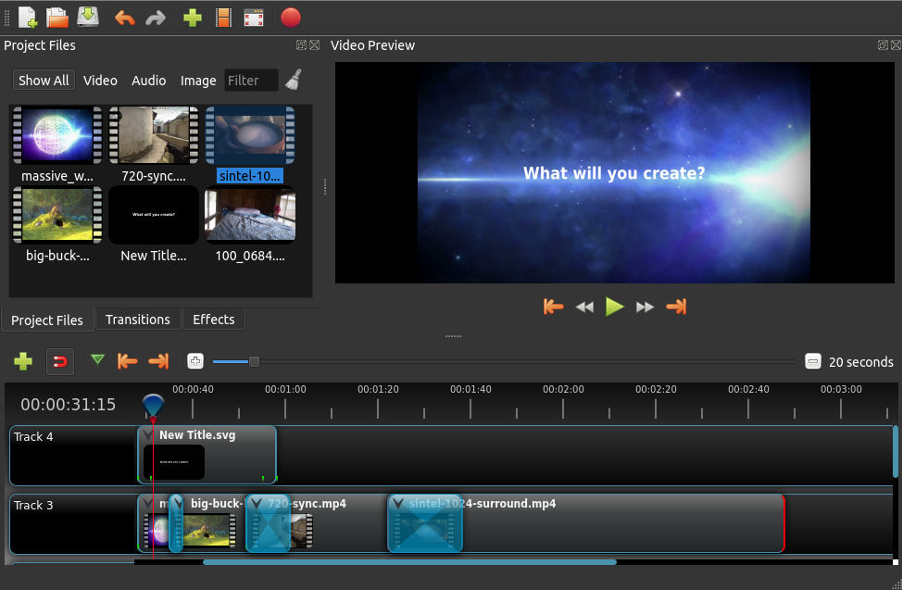 iMovie is free video editing software for Mac. It is a software accessible to all, allowing to edit a simple video from a file or even from his mobile phone. It offers a set of features based on the addition of themes and / or filters. It is intended for use on all Apple hardware.

iMovie does not have any drawbacks per se, except that it is not suitable for editing professional videos.

AVS Video Editor is software for Windows, integrated into the AVS4YOU suite, which includes 16 software for editing images, videos and audio files. It is professional software, like Adobe Premiere Pro, with advanced features.

AVS Video Editor has the advantage of quickly editing HD videos, but it also suffers from some obsolescence due to improved video quality on most other current software.

Shotcut is free video editing software. It is aimed at beginners in video editing and requires a little training and adaptation time. It has an intuitive interface at first glance, which can also be adapted according to the user’s needs.

Shotcut is also freely licensed and accessible from all operating systems. 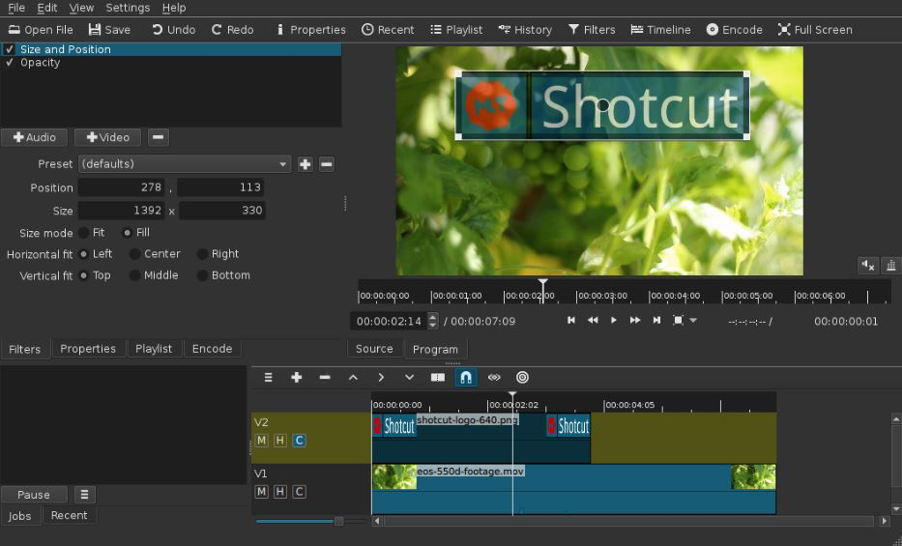 Lightworks is free video editing software, first released in the early 1990s. Its developer touts it as a direct competitor to Final Cut Pro. It also offers the advantage of adapting to all video formats, from the most common to the most professional.

One of the disadvantages of Lightworks is that it is only available in English, which can interfere with its use, especially in terms of understanding technical terms. Likewise, some of its users find its interface complex, which can make it tedious to learn.

Software combining free and professional quality, Hitfilm Express offers a library of 410 special effects, an interface for editing and creating transitions. In addition, users of the software can rely on a set of tutorials to facilitate its handling. Although very complete, Hitfilm Express is therefore also aimed at beginners. 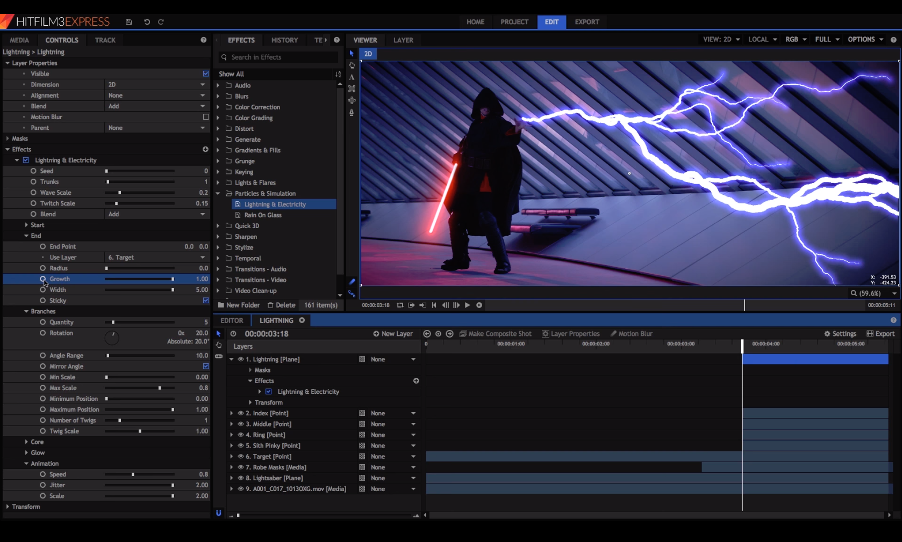 VEGAS Pro is one of the few editing software exclusively for video professionals. Its professional interface does not make it accessible to everyone, but experienced users appreciate the wide range of features it offers:

VEGAS Pro is so complete that it is difficult to find any drawbacks to it. Its price may be one, although it is up to the tool. The software also offers a 30-day trial version.

To go further, download this free e-book andfind out how to set up a successful video marketing strategy.