Alongside the four new iPhone 13s, Apple has just lifted the veil on an unprecedented connected watch although it has been partially known for several weeks thanks to many rumors. Equipped with the proprietary watchOS 8 operating system, it is water resistant and will be sold from $ 399, or probably 429 euros in France depending on the Apple conversion.

The Apple Watch Series 7 has an in-house processor, but Tim Cook’s company has not said more about it. No, the most notable change compared to the tocante released last year is rather this time a revisited format with thinner borders of 40% which unhesitatingly recall those of the last generation iPad Pro, and allow display images up to 20% larger. The panel is also 70% brighter, and fits the hull better with its rounded corners.

For sports, the Apple Watch Series 7 now supports cycling much better: finally! Electric mounts, in particular, are taken into account more, and the detection of falls while driving is part of the game. But that’s not all, since the watch also has larger tactile buttons, a real plus for accessibility. Finally, the front is now more resistant to shocks with an IP6X certification.

The Series 7 is packed with sensors

Under the hood, the Apple Watch Series 7 includes an accelerometer, a heart rate sensor, a gyroscope, an always-on altimeter but also a blood oximeter. Tools whose statistics can then be easily transmitted to their attending physician for improved health monitoring.

On the charging side, the Series 7 – which still runs wirelessly – fills up 33% faster than before. Particularly handy on long distance trips. The watch is also equipped with a 4G modem, with many colors and straps on the program. The version with a recycled aluminum case is also sold in five different colors, allowing it to be personalized as desired according to each context. 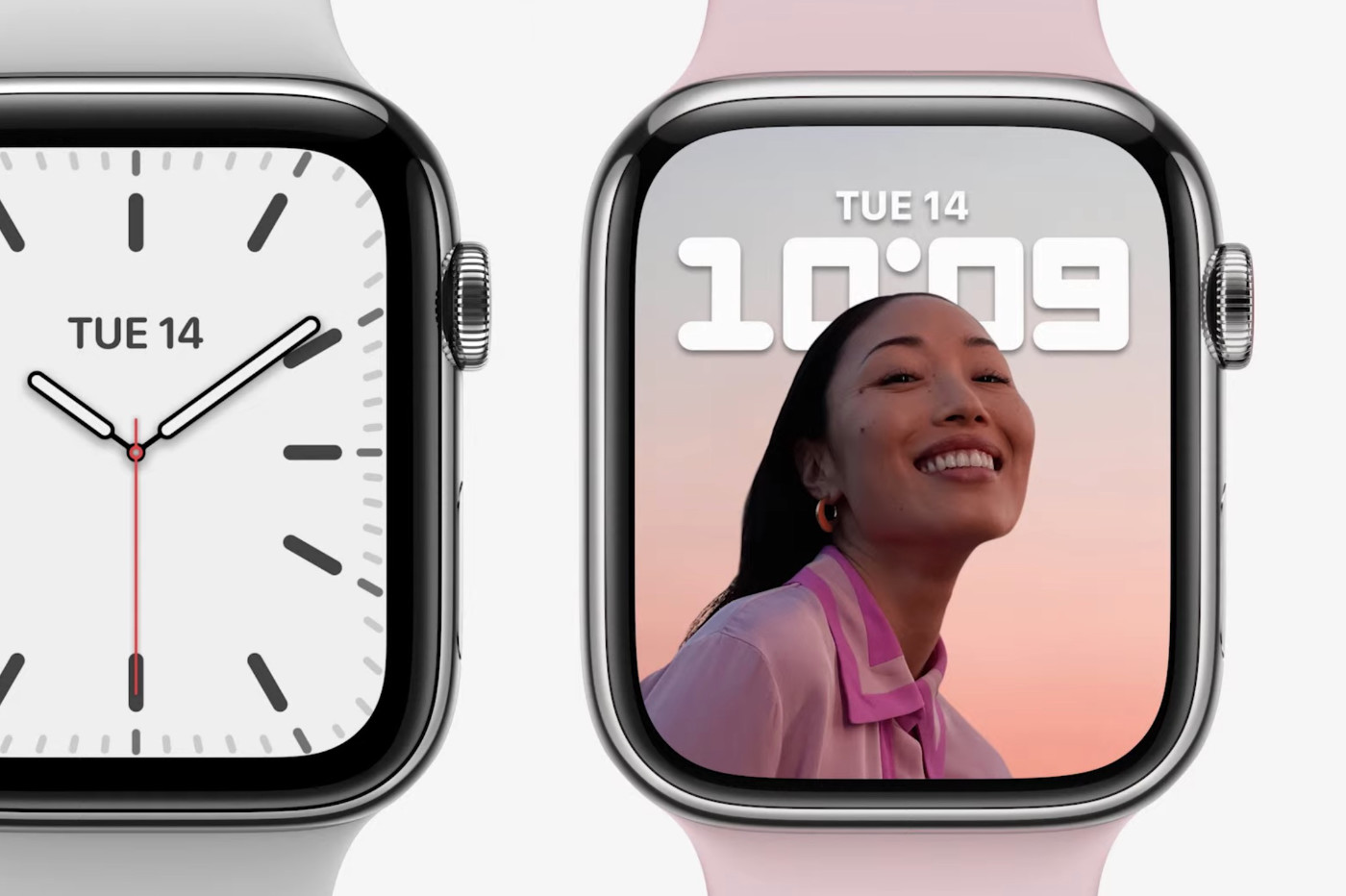