Apple has just lost an important employee, who worked a lot on the development of the M1 chip and, more generally, on the transition from Intel SoCs to ARM SoCs. Just that. Jeff Wilcox announced on LinkedIn that he was leaving the Apple adventure to join the competition, Intel.

Back to basics for Jeff Wilcox

A few years ago, Apple launched a huge challenge: to do without Intel and develop its own chips and processors with Apple Silicon. It was not a piece of fun, nor not without difficulty, but the firm of Tim Cook has finally won its bet. As we come to the end of the brand’s two-year transition to apple, one of the big names in the M1 chip is leaving.

Indeed, two weeks ago, Jeff Wilcox announced his departure after eight years at Apple where he was responsible for the Mac architecture but also, and above all, the transition from Intel SoCs to ARM SoCs. A hell of a mission! Despite everything, Intel managed to recover this tenor. 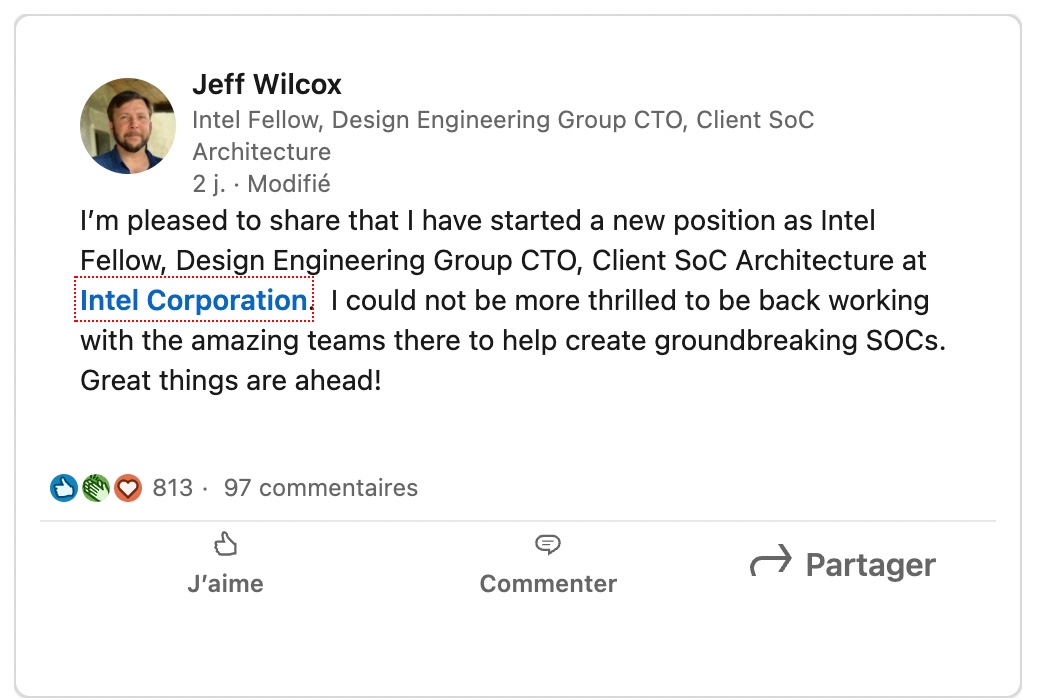 Yes, before joining the Apple team, Wilcox was already working for Intel. After an eight-year hiatus, the giant therefore managed to bring him back. In any case, this is what he announced on his LinkedIn page yesterday. And this, despite the establishment of a bonus of 180,000 dollars from Apple to keep its engineers.

Now, it remains for us to know who will take over from Jeff Wilcox at Apple. For the moment, the mystery remains unsolved.