Sometimes there are experiences that are as surprising as they are useful, the iPhone 13 Pro Max “Ultra” being one of them. This concept uses the mobile phone of the same name marketed by Apple, but solves the problem of the absence of the jack port… by integrating it again on the edge of the device. DIY that will still cost the thinness of the mobile, in the end twice as thick than the original.

Yang Changshun, a user of the TikTok Chinese, has achieved this feat thanks to very specific tools and the progress of the operation is to be consulted in three videos posted on his account. In total, you will need a little less than thirty minutes to watch everything.

Another change for Apple’s most expensive smartphone: the arrival of a USB-C connector, particularly practical for avoid multiplying your chargers at home. And this time, unlike another assembly of its kind which sold for the equivalent of several tens of thousands of euros, the proprietary socket installed as standard by the manufacturer and so criticized has not been dismantled.

Better yet:autonomy has also been enhanced, with modifications to the battery side, the most imposing component of the iPhone here duplicated. 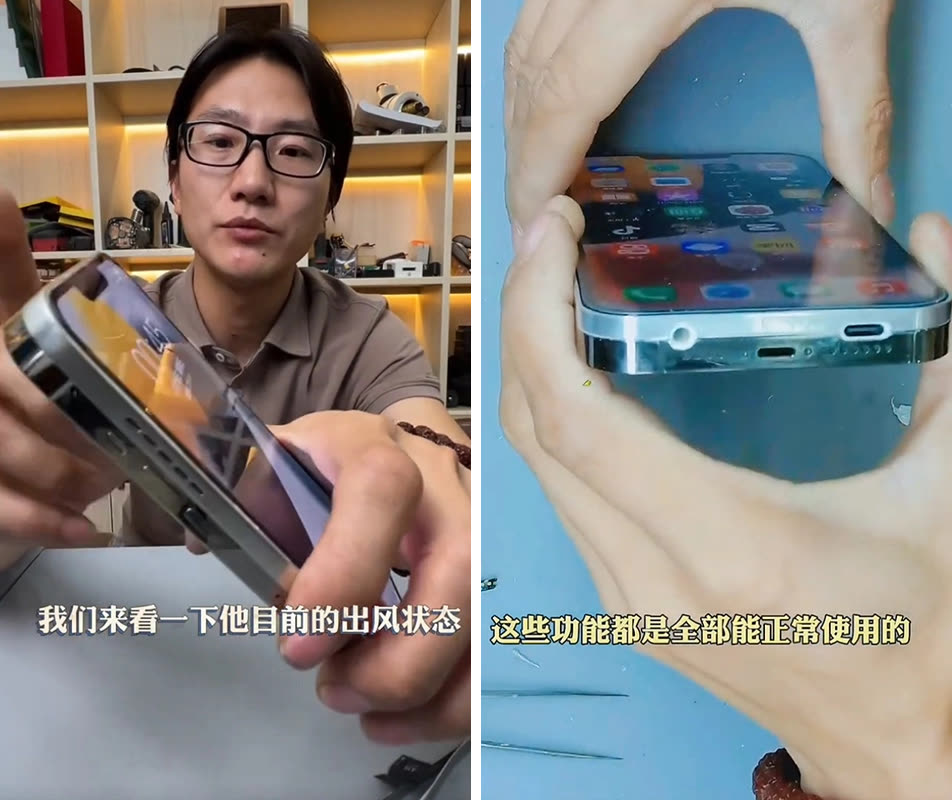 Finally, our hacker also installed fans to cool the circuits of its creation. This results in high-flying results during the benchmark with the AnTuTu app, even though the iPhone 13 Pro are already considered real gazelles.

However, we doubt that Apple advises to reproduce this prototype at home. What is certain is that the guarantee builder should not be worth much afterwards.