The Ducati Monster It is the best-selling motorcycle of the Italian brand, a title that it wants to continue maintaining with a major renovation for 2021. The model changes its design and an element as characteristic as its chassis, and will also have a space in its range for a Limited variant for the A2 card. He maintains his muscular appearance, but now with a approach something more stylized.

The front headlight of the Ducati Monster takes on the shape of a rhombus with rounded edges, while the fender and the screen are minimal.

On the other hand, the tank is very defined and the seat is narrow. It can have a cover for the passenger area and stands at a height of 820 millimeters, which can be lowered to 775 millimeters with a specific kit. Besides, the driving position is somewhat straighter, since the handlebar has approached 70 millimeters to the driver.

It should be noted that Ducati has chosen to replace the multi-tube chassis, a hallmark of the Monster, with a chassis type ‘frontframe’, less bulky and lighter. The latter is key, since the bike weighs dry 166 kilos, which means reducing the weight of its predecessor by 18. This is due, in addition to the chassis, to elements such as the wheels or the swingarm.

It is a lightweight set, especially if you take into account that moving it requires a Testastretta 937cc twin-cylinder engine that develops 111 hp and 95 Nm of maximum torque. Despite these figures, it will also be marketed a version limited to 35 kW (47 hp) which will be compatible with the A2 license, for those who want to get started in the world of two wheels directly with a model from the Ducati family.

Other aspects that must be mentioned are the anticaballito system, cornering ABS, launch control, traction control system or brakes signed by Brembo. 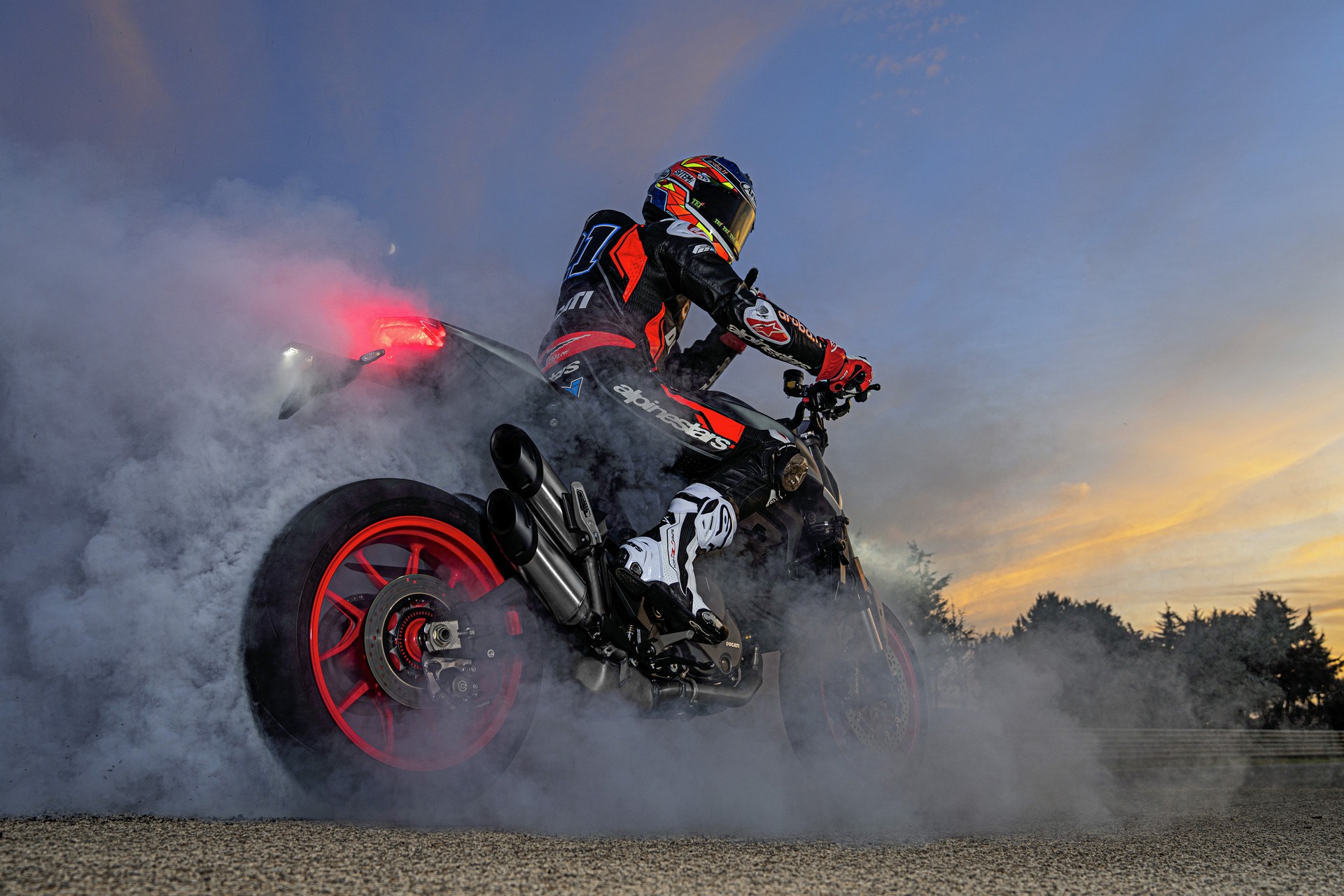