The first airbag was one of the most outstanding innovations in the field of safety and its appearance on the market came from the hands of Mercedes Benz. On October 23, 1971, a new element appeared in the section on Passive security and that was an important date since that day, the then Daimler-Benz AG applied for a patent entitled “Impact protection device for the occupants of a motor vehicle” (patent specification DE 21 52 902 C2).

Today ago fifty years that the airbag has been with us, although its history goes back a few years.

The brand’s engineers had been working on the inflatable airbag since 1966. In the late 1980s, the first units of Mercedes S Class (model series 126) with the driver’s airbag combined with the seat belt tensioner. The restraint system celebrated its public world premiere at the International Motor Show Amsterdam (IAMS) which was held from February 5 to 15, 1981. 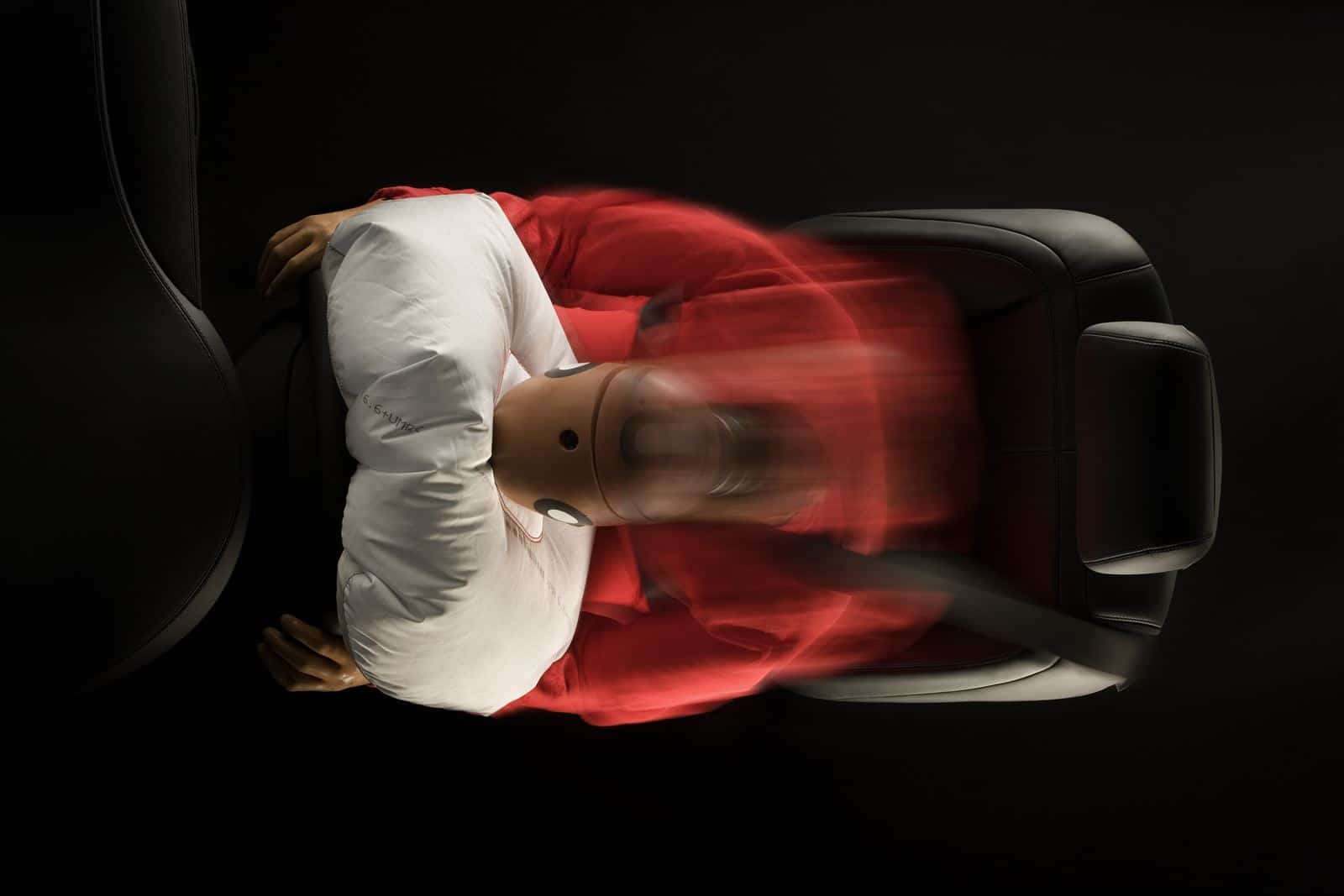 In 1992, driver and front passenger airbags were introduced as standard equipment, initially on the S-Class, SL and the 400 E and 500 E models (124 series). For all other models, the security system was available as an option.

In the USA, for example, the installation of front airbags for the driver and front passenger became mandatory in 1997. 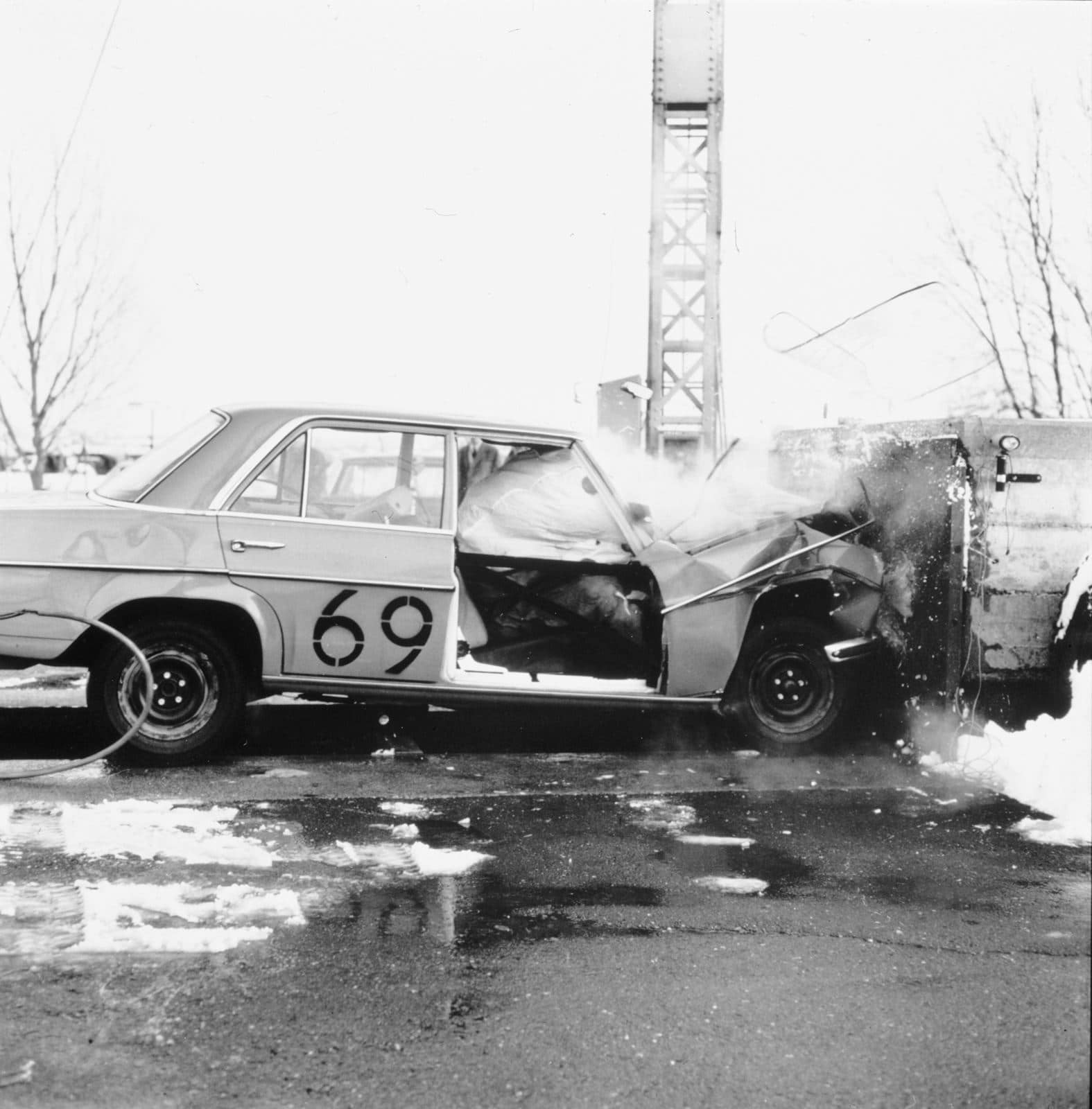 In the S-Class of the 221 model series, introduced in 2005, the gas generator filled the driver and front passenger airbags in two stages, depending on the severity of the accident. In the current S-Class (model series 223), the front airbags are available for the first time for the two outer rear seats.

The actual inventor of the airbags is Walter Lindner who registered an invention with the German Patent Office on October 6, 1951, which concerned an “inflatable container in a collapsed state that inflated automatically in the event of danger.”

Despite the similarity of the description to what would later become the airbag, it was not technically possible, seven decades ago, to put it into practice. There were still difficulties, for example, in the release sensor system, generating pressure to fill the airbag in milliseconds and the necessary tear resistance of airbag fabric. 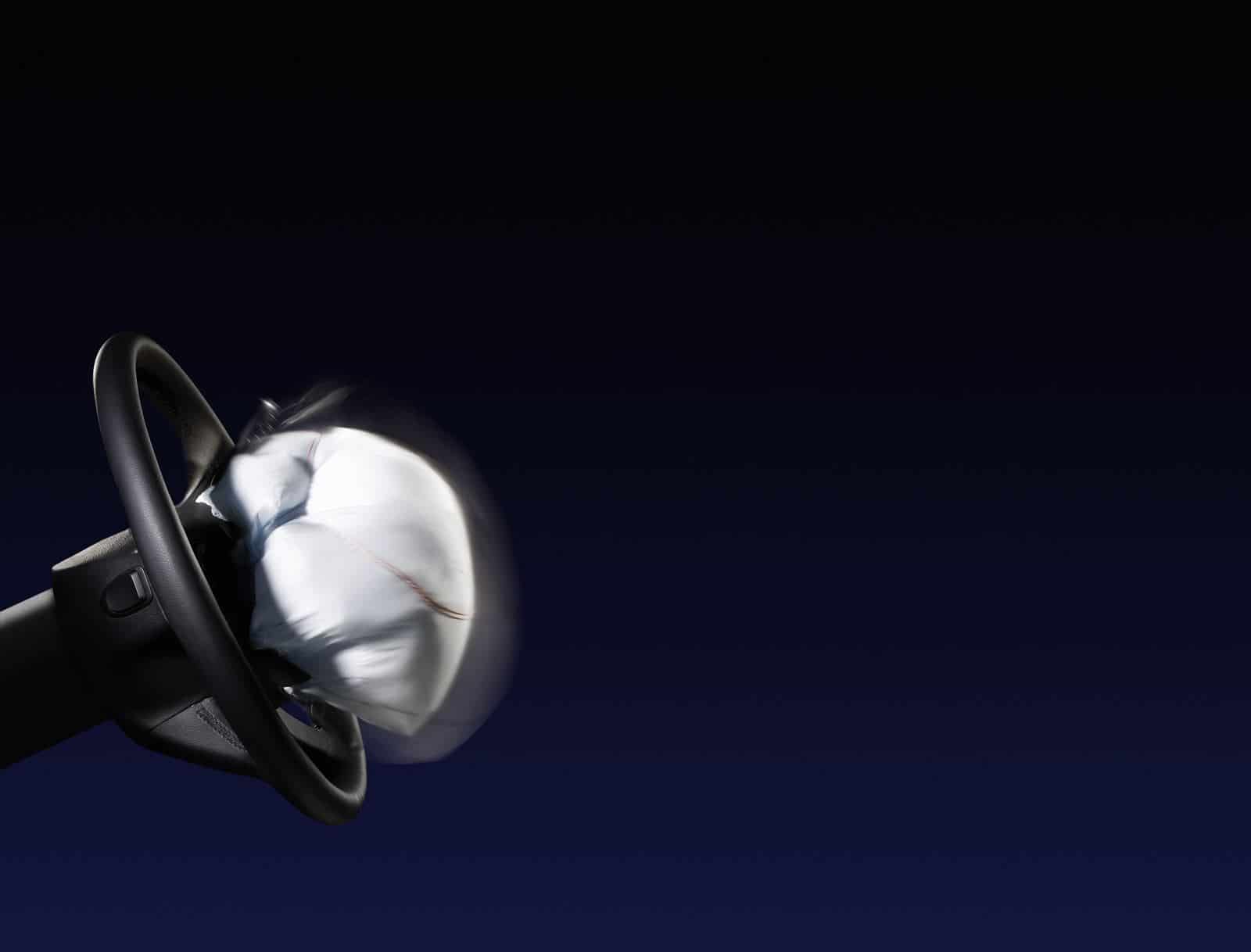 Mercedes-Benz adopted the idea of ​​airbags in 1966. The professor Guntram Huber, responsible for safety engineering at Mercedes-Benz, carried out 250 crash tests, more than 2,500 sled tests and thousands of tests on individual components to bring the technology to mass production maturity.

In the event of an accident, a pyrotechnic gas generator ignited the propellant and the airbag, manufactured in lightweight polyamide and tear resistant with an initial volume of 60 to 70 liters (driver’s airbag), it inflated in about ten milliseconds. Once the airbag had deployed, the interior remained nitrogen gas. Since the system required the use of an explosive, Huber’s development engineering team also had to participate in explosives training on the orders of the authorities. 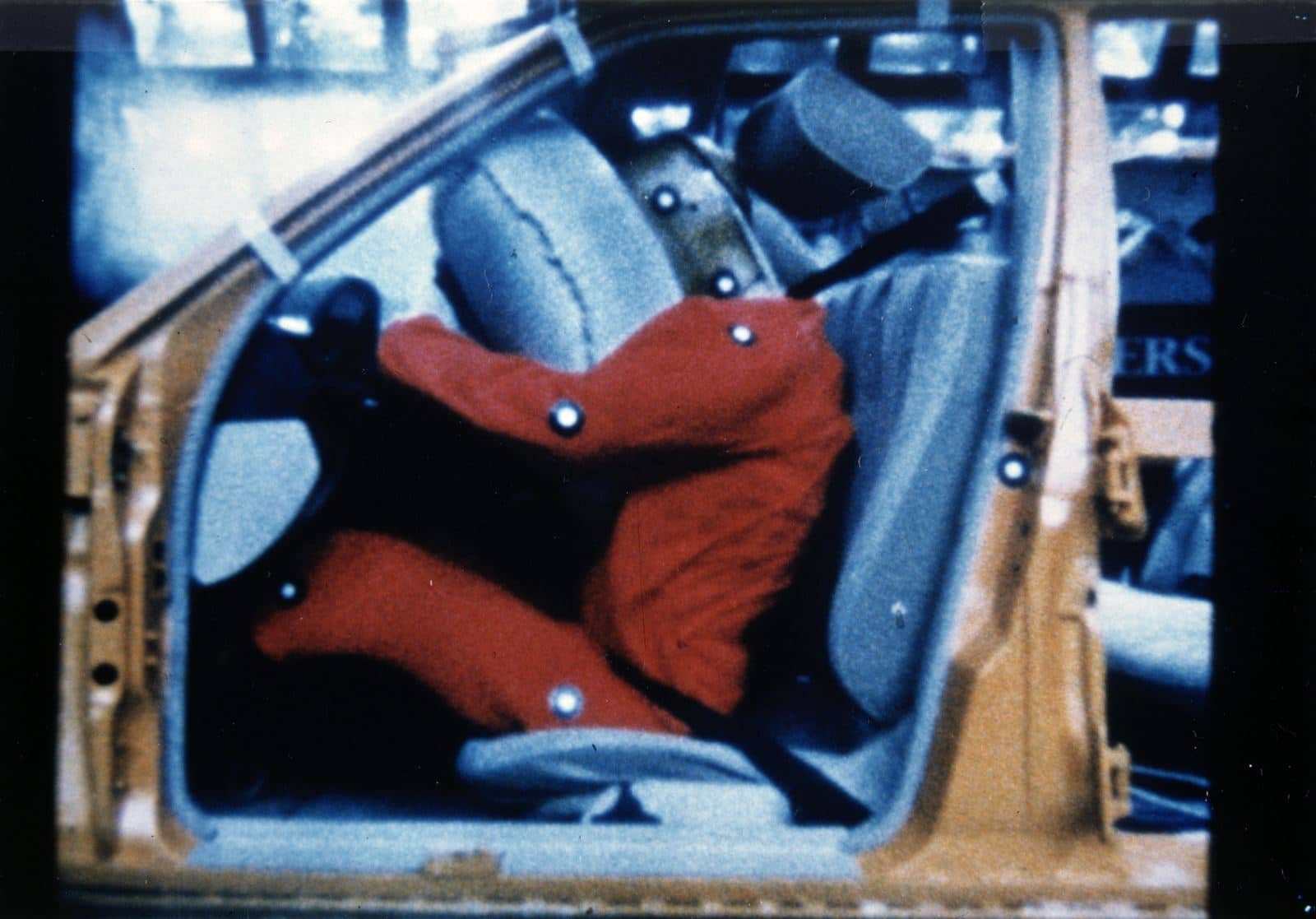 Since January 21, 1974, the obligation to install seat belts was imposed on new cars in the Federal Republic of Germany and the retractable three-point belt with operation was rapidly extended.

The result of all this ended in 1980 when on the driver’s side, it was the airbag that complemented the seat beltwhile in the passenger seat was the seat belt tensioner. These two components worked together effectively in severe frontal collisions as in addition to supporting the torso, the airbag also supported the head and neck and mitigated contact with the steering wheel, for example, while the seat belt and tensioners of the seat belts restricted movement.