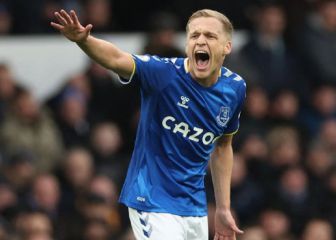 Erik ten Hag (52 years old) begins to leave his mark on Manchester United. After only a few days since he was introduced as the new manager of the Mancunians, the Dutchman has made his first decisions such as the election of the new captain or the return of Donny van de Beek (25 years old).

Despite the Dutch midfielder being on loan at Everton for the second leg of last season, Ten Hag counts on him for the next course. This has been reported by the journalist Fabrizio Romano, who has published that Van de Beek will play a key role in the new project.

As is well known, it will not be the first time that Van de Beek and Ten Hag have shared a dressing room. It’s more, It was precisely because of the memory of his brilliant time at Ajax that the Dutch coach, now at United, has opted again for Van de Beek.

See also  Simeone: "They asked us for four or five Champions Leagues in a row.... we've already had ten"