MagSafe 3: this is the obvious name found by Apple for the “new” charging socket for its Macs, which in fact takes up the concept of the one of the same name abandoned several years earlier in favor of all USB-C. If the reasons for this backtracking have not been explained, it may nevertheless have certain consequences on the daily lives of end users.

First of all, what you need to know is that the MagSafe is a proprietary port. But if the nomenclature is identical to that of the dual station for Watch and AirPods, it is however quite different since it is this time a wired connection only. And which is based on a system released for the first time in January 2006, having certain undeniable advantages but also some disadvantages.

Yes for the MagSafe 3

First of all, the MagSafe is therefore a magnetic connection. Apple explains that the “Magnetic connection is powerful enough to withstand most unintentional disconnections. However, if someone accidentally pulls on the cable, it will come off and prevent your MacBook Pro from dropping.“. A serious benefit for consumers with their heads in the air, nomads or surrounded by clumsy coworkers. Especially when you know that Macs are surrounded by aluminum, a particularly flexible material that marks the blows at the slightest fall.

See also  The iMac Pro M1 was really not far away, but Apple gave up

Another positive point: the MagSafe 3 has an LED indicator, orange during charging and which turns green when the battery is full. In this way, it is then easy to know if it is possible to store your equipment in case of need. Finally, the MacBook Pro announced Monday evening can also be recharged via their USB-C / Thunderbolt 4 ports, which should delight those who already have a corresponding accessory at home. But be careful, because the charging speeds will not necessarily be the same: 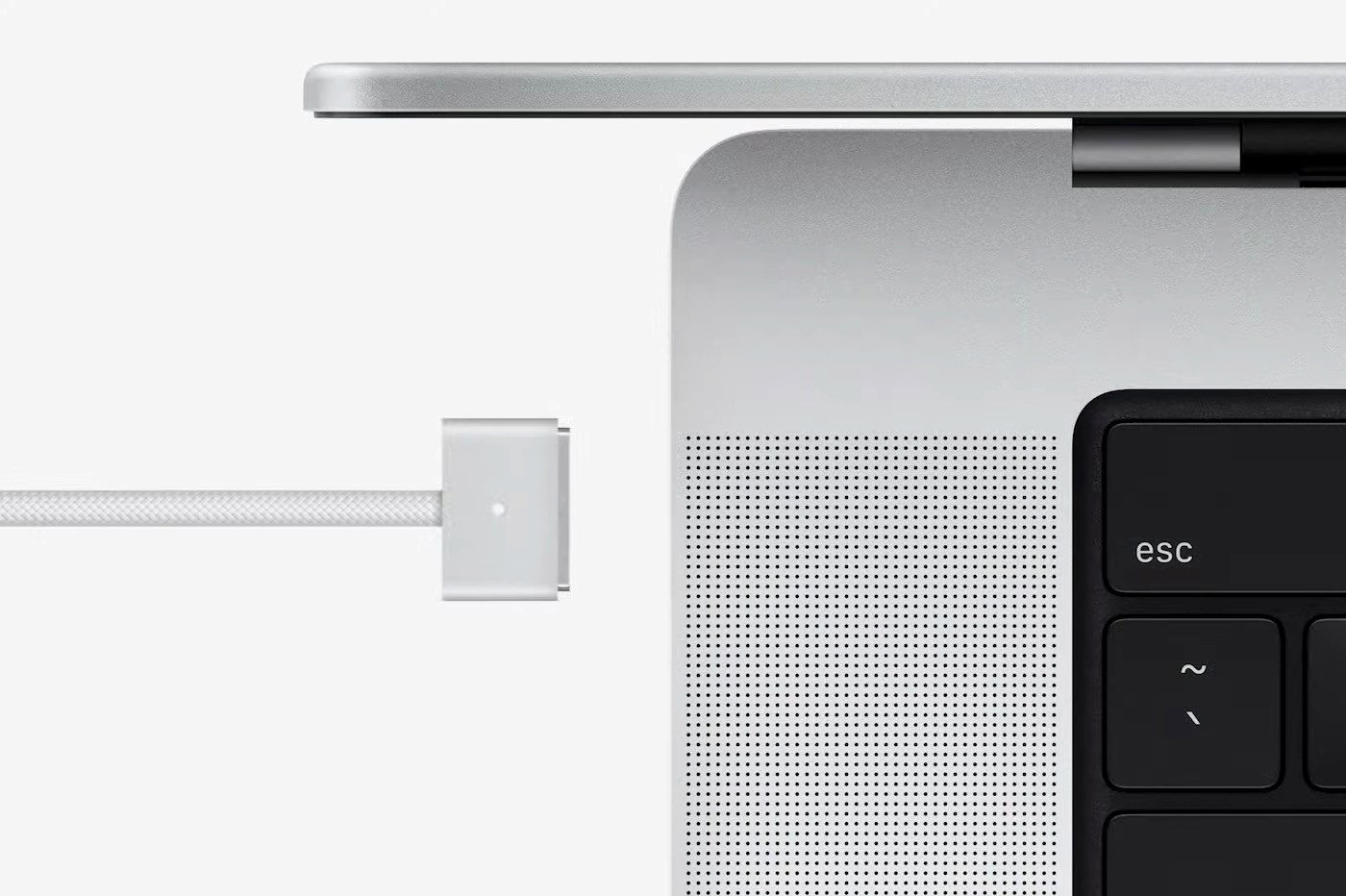 Why is it getting stuck

Unfortunately, the indicator light is too small and its colors are very close, so many people with color blindness won’t be able to really tell the difference between its two states. Another concern: this is therefore a homemade charger which is absolutely not universal. So forget the possibility of troubleshooting a friend if he does not have a Mac, and again: it will have to be recent. Indeed, Apple specifies that the MagSafe 3 is only compatible with the 14 and 16-inch MacBook Pro released at the end of 2021, although its format is similar to the previous one.

A finding that we also find on the side of the video stream in HDMI, which is unfortunately not compatible with the 2.0 version of the protocol while its successor (2.1) is faster. You can certainly connect the Pro Display XDR monitor to it, but some gaming screens, for example, will be quite limited.

Moreover, even as Europe tries – for environmental concerns – to impose a universal standard on mobile and Apple had started to follow suit with its iPhones, iPads and even Macs, this backtracking may raise questions. . Especially at the expense of one of the USB-C ports, which are now three to four on some previous MacBooks.