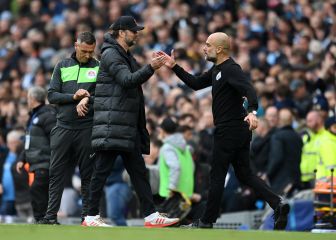 A new idea seeks to revolutionize football matches in the premier league. As he advances Daily Mail, the competition has proposed to the big clubs to interview their coaches during breaks. A proposal that will have to be voted on in June, when the annual meeting of the 20 teams that make up the English first division will take place.

However, the communication departments of the Premier clubs have already shown their support for this formula. According to the same information, the interviews would not be proposed to those who were losing at half-time and would be limited to five per season and per coach.

The ‘invention’ has many options of finally being approved, and it is that in many sports of USA is already practiced. The North American example has been used by the promoters of this new project in the Premierwhich seek to revitalize entertainment and communication during matches.