We’re still talking about late 2021 MacBook Pros today. And for good reason: several users have already received the devices, the opportunity to arm themselves with the right tools necessary to open their case. On the social network Reddit, the account u / the_Ex_Lurker has notably shared via Imgur the first striking pictures of the bowels of the beast.

We recognize above all six impressive batteries, which allow the machine with a diagonal of 14.2 inches to last up to seventeen hours in video playback with the Apple TV application. A figure that goes down to eleven o’clock for the “wireless web browsing“, As Apple points out. As for the score of the model with a 16.2-inch screen, it reaches twenty-one hours of maximum autonomy in streaming. Numbers that will of course have to be checked in real conditions. 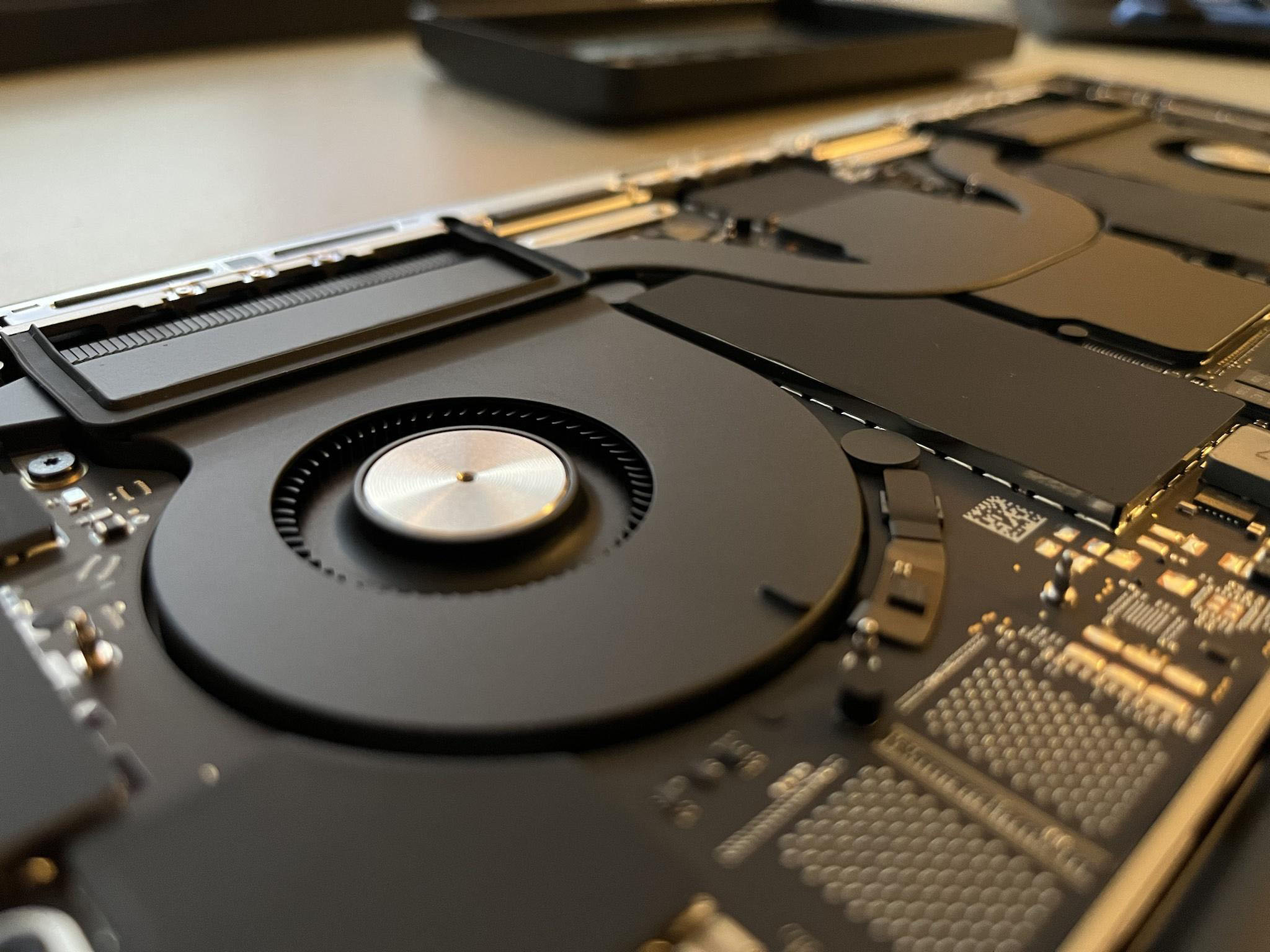 The MacBook Pro also have two imposing propellers, arranged symmetrically on either side of the processor and connected by a heat pipe, the objective of which is obviously to cool the machine when the clock frequency rises. And it must be said that it is necessary: ​​we no longer count the regulars of the Apple range complaining of computers whose temperature rises too quickly and too high.

Obviously, given that we are talking about performance here, how can we not talk about the M1 Max chip? On the large MacBook Pro, this takes up nearly a sixth of the total area. According to recent measurements elsewhere, its power is comparable given that it is the fastest CPU ever made in Cupertino. 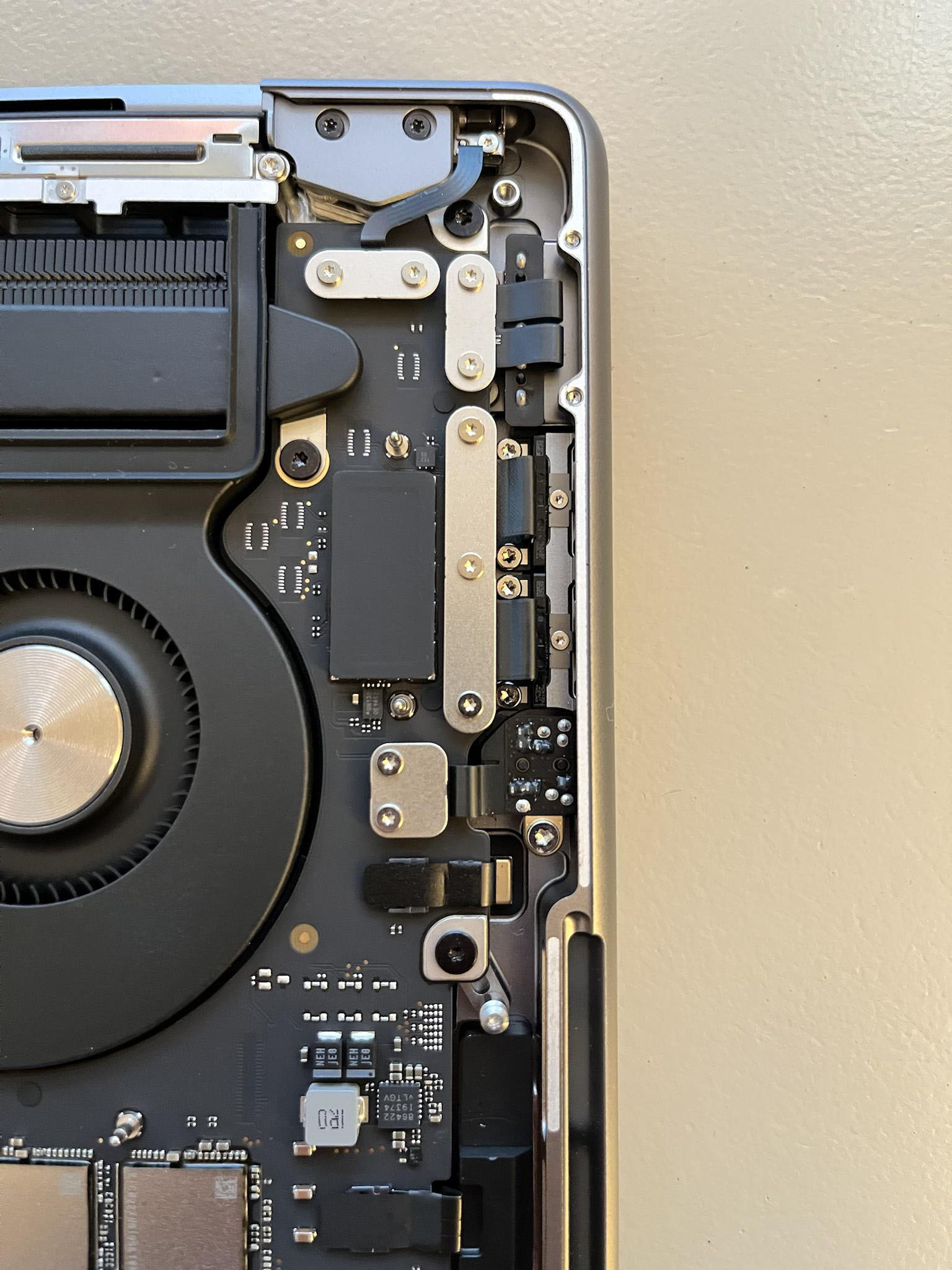 As for the differences with the previous models, remember that the new MacBook Pro have a MagSafe plug for recharging but also an HDMI plug for video output. Another, less noticeable, rearrangement is for the speakers whose layout has changed to an audio system with six high-fidelity speakers and force-canceling woofers.

Note: do not try to duplicate this teardown at home, as this may void the warranty offered by Apple. Its engineers appreciate moderately to see their work boneless, especially when it is not a certified professional at the helm.