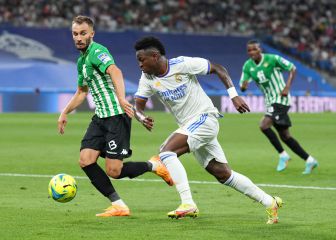 The history of LaLiga has been nothing other than the story of an equality that prevails for the good of Spanish football. With the exception of Real Madrid, unattainable in a season of lights, the distances have narrowed. It is increasingly difficult to win, the goals are anecdotal and the context triggers the draws. For the good and for the bad, everything is equal.

The scoring anemia. The strength of the middle and lower class teams has reduced the scoring volume of LaLiga. 951 goals have been seen, 2.5 per game, the lowest average among the majors (3.1 in the Bundesliga, 2.9 in Serie A, and 2.8 in the Premier and Ligue 1). It is the competition in which the least is finished off. The little scoring crisis is not something this year. Last year, 953 goals were scored and the previous one, 942. Far are the 1,138 of 16-17. The departures of Cristiano and Messi condition the general production capacity, but the figures have also suffered due to the growing equality.

More tables than ever. There is a fact that reveals the competitive similarity between the teams. There have been 112 draws (44 without goals), that is, 29.2% of the matches have ended without a winner. Sevilla takes the cake with 16 draws. From this perspective, the First experiences what the Second has been suffering, where it is always around or exceeds 30% of tied matches. Caution prevails over daring and the game loses offensive grace.

The effective time problem. It is a recurring theme that is not given a solution. The fact that long discounts were decreed has not changed anything. Even so, LaLiga is the tournament among the majors that records the least effective time with 53 minutes and 21 seconds per game. It is true that something has been improved, especially compared to 2019-20, when an average of 51 minutes and 59 seconds was played. Less time, fewer goals.

Style issue. All in all, proposals such as that of Real Sociedad are appreciated, the team that has made the most double pressure passes with 16 per match (deliveries in which both the sender and the receiver are under pressure). Or the amplitude of Sevilla when attacking (close to 50 meters), the recoveries in advantage (more players in front of the ball than the rival) of Elche with 17 or the brave personality of Betis with its almost six dangerous possessions per game. The good handling of the ball is a sign of collective identity. It is the campaign in which the fewest passes have been failed in the opposite field (47,639) and Madrid has also won the style hand over Barça. He has signed 708 sequences of ten or more passes and has built 199 elaborate attacks. Undisputed champion in a tied League.

The data of LaLiga

-The podium of aces is made up of Vinicius, Juanmi and Benzema. Two madridistas and a bético whose performance is backed by Olocip.

-Vinicius appears as the most unbalanced footballer with 96 good dribbles and 77 chances created after driving. He is followed by Fekir, the player who has received the most fouls (92). Dembélé rises as the top assistant and Muniain looks like the player who has given the most key passes (107). Great breakthrough by Danjuma, who has participated in 85 shot sequences with Villarreal.

-There are off-road players that emerge in various sections. This is the case of Mikel Merino, a footballer who is cataloged for his quality, who stands out as the best recoverer (277 steals).

-Rayo’s left wing has seduced. Between Fran García and Álvaro García they have made 315 centers in play.

-Bono is the deserved Zamora, despite the prodigious figure of Courtois (75.8% of saves and four goals prevented according to advanced statistics). Only Diego López has saved more goals than he should have conceded for Espanyol.

-The strategy has dictated its influence. Atleti’s decline cannot be explained without the 12 goals conceded from set pieces, excluding penalties. Mallorca would not have been saved without her: 50% of her goals came from strategy.

-The Cadiz also escaped the burning. Sergio has been key. His team made more passes per game, had more possession in the rival field and finished off more than with Cervera. Granada, meanwhile, has been a victim of time. In the Karanka stage he finishes as ninth; with Robert Moreno it was the 17th….