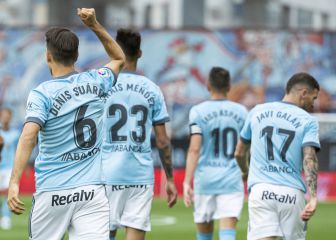 The League lives its last day and still with several open fronts, but with only five teams involved. Villarreal and Athletic fight for a ticket to the Conference League and Granada, Mallorca and Cádiz, for salvation. But there are many other teams that are also playing a lot in this last league match: millions of euros. A situation that has finished talking about premiums to third parties that they no longer play anything to let themselves win. Briefcases are more of a thing of the past.

With the new commercialization of audiovisual rights approved in 2015, each position counts for a lot. Of the total money that the First Division receives from television (in 2020-21, €1,444.7M), half is divided equally (€36.11M per team) and a quarter based on position. For example, of the money from the variables, 17% goes to the one who finishes champion (€61.41M) and only 0.25% (€0.9M) to the one who finishes last. Between both positions there is a wide range of prizes. Between being third and fourth (for which Atlético and Sevilla are fighting this weekend) there is a little more than seven million euros of difference; there is much less disparity between being eleventh or twelfth (direct confrontation between Celta and Valencia this Saturday) with 900,000 euros at stake.

Money per position in First Division

Although, a priori, the difference is sometimes small, it should be remembered that some clubs are still in financial straits derived from COVID and that they go to a transfer market with the salary limit exceeded (which condemns them to sign with the 1/4). This measure has become a true firewall to put an end to the historical and controversial presence of briefcases or bonuses to players who have not played anything in recent days. Now he does play it and it is money for his clubs. In other words, it is more profitable for clubs to fight for a position than to receive an economic bonus, as well as being illegal and unethical, from a third party. Although it is true that the same message does not permeate all teams. According to what they tell AS, this philosophy of fighting for the millions at stake according to the position is not assimilated in the same way in large squads as in other more modest ones. In the teams in the lower-middle zone, there is more awareness of managers and captains towards the rest of the players of the importance that there is in that million (or more) at stake than in the footballers of the big teams, where there can be up to seven kilos in the fight.

One of the ways to show that the clubs continue to perform at a high level despite the fact that almost everything has been decided, is in the numbers. Year after year, the metrics of effort and intensity in the final stretches of the championship grow. From LaLiga, with the help of the Mediacoach tool, affirm that the parameters of offensive construction (number of possessions that end in danger), goal avoidance efficiency (how many times they manage to avoid a goal from the rival team’s total arrivals) and the number of shots are slightly higher in these last four days than in the previous 33. But it is not something of a season, in the last days of last season there were records in intensity. On the penultimate day, Correia (Valencia) achieved the second position throughout the year in terms of top speed: he covered 47.64 meters reaching 35.56 km/hour. Only surpassed by Kenedy on matchday 34, when he reached a top speed of 35.59 km/h after a 73.91-meter race against Cádiz. With these data in hand and the studies carried out by the Mediacoach department, LaLiga affirms that in each end of the season there is an increase in the physical demand, the efforts and the high intensity of the teams and their players.

There are teams that with nothing at stake have continued to show their teeth and put their rivals, who had a lot at stake, in complications. This is the case of Madrid, who thrashed Levante 6-0 when they were already champions and that result sent the Granotas to the Second Division. Or the Whites’ draw against Cádiz, which leaves the Cadiz team as the main candidate for relegation.