Within the two-wheel market, it is the models that can be driven without a license (or more specifically, with a car license) that are the most popular. The 125cc displacement It has quite a few arguments in its favor: these motorcycles are cheap, accessible to start in the world and manageable, and they have a really low consumption. That is why having an access model in the segment is very important, and in the case of Honda that gateway to the family is the CB125F, it just had a complete renovation.

Its design does not vary excessively, giving rise (as was its predecessor) to a slim model, with an athletic cut and that transmits lightness, something that is now supported by the diet to which it has been subjected, losing 11 kilos his weight to stay at only 117.

This has been achieved mainly thanks to new tubular steel frame (weighing 1.7 kilos less) and at new engine, brand new and saving 7 kilos.

Speaking of the thruster, this is a 124cc single cylinder that very subtly increases its power so much that it is now 10.8 hp (before 10), as its maximum torque, which reaches 10.9 Nm (before 10.2). And not only that, since both figures are available at fewer revolutions (specifically, 250 revolutions per minute earlier), which increases its responsiveness.

This slight performance improvement does not translate into worse efficiency, quite the opposite: with the technology that incorporates the block Its average consumption has gone from 1.96 liters per 100 kilometers to 1.49, which combined with an 11 liter tank allows you, at least on paper, exceed 700 kilometers of autonomy. 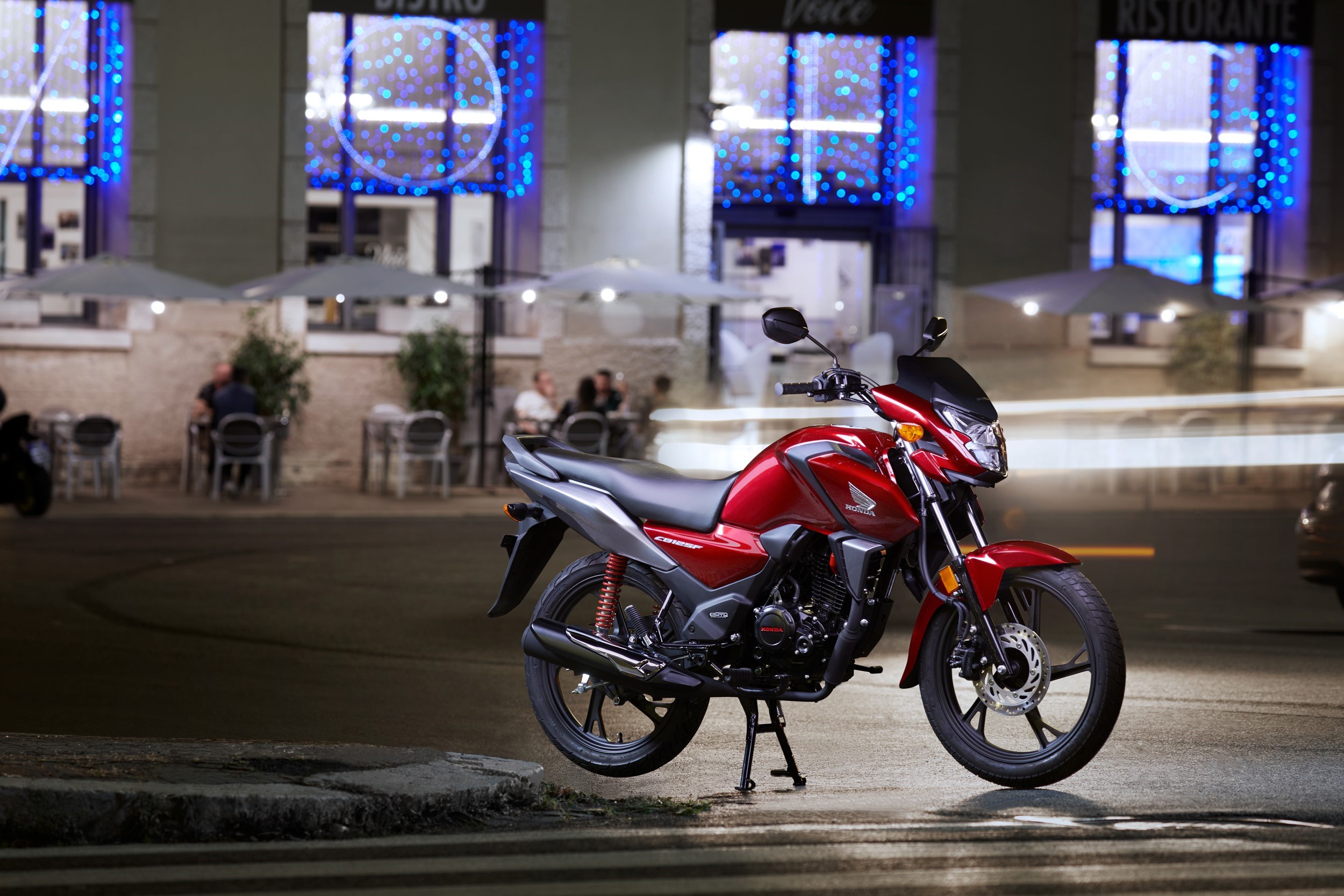 The Honda CB125F turns out to be an accessible model for the uninitiated also due to features such as its compact dimensions (2,015 x 750 x 1,100 millimeters) and the height of the seat, 790 millimeters. In addition, its cycle part remains intact: ride a conventional fork on the front axle, adjustable shock absorbers behind and, among other elements, a 240-millimeter disc brake bitten by a two-piston caliper.

Its price has not yet been revealed, but it has been confirmed that it will reach the market during the first quarter of 2021.