Last Tuesday, March 8, Apple introduced a new Mac, the Mac Studio. The latter basically integrates the Apple silicon M1 Max chip. If you want maximum computing power, you can choose, when buying, to switch from the SoC M1 Max to the M1 Ultra, a new processor also introduced during the last Apple Event.

According to Apple’s explanations, the M1 Ultra actually comes down to two M1 Max processors connected together to become one. This makes Mac Studio equipped with this SoC, the Apple machine the most powerful to date in the catalog. And as we have seen, the figures in benchmarks are already impressive.

In short, for the same price, you can have two M1 Max cases, each with a 512 GB SSD and its own components, or a single case with an M1 Ultra chip and a single 512 GB SSD. 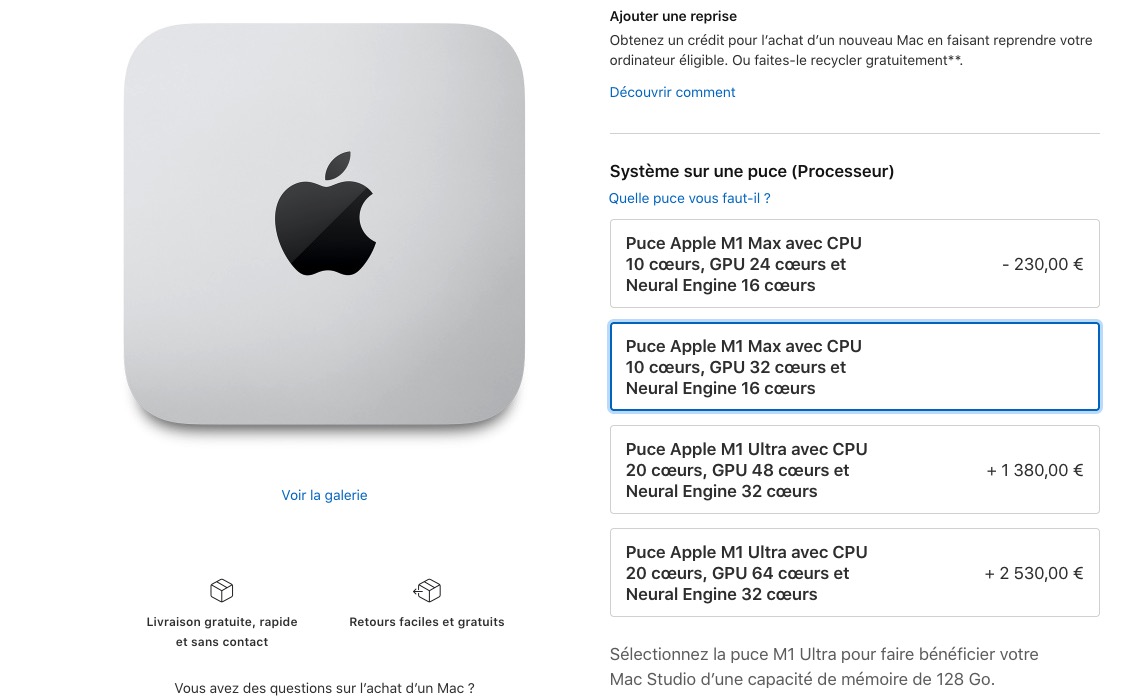 However, as Apple says so well, the M1 Ultra is only the fusion of two M1 Max. Of course, engineering has a cost. There is in particular the fact that the assembly is designed in such a way that the latency is minimal between the two M1 Max of the M1 Ultra, and that the machine only sees a single SoC within it.

See also  towards a release at the end of the year?

All the same, the €2,529 option for the M1 Ultra makes me wonder, as often with Apple and its price lists.

What do you think ?

And the summary in video signed Presse-citron: