The new Peugeot 508 PSE (Peugeot Sport Engineered) is undoubtedly a promising model, but it will probably never have as many followers as it did almost three decades ago. Peugeot 405 T16. Born in 1993, at a time when things were not going too well for Peugeot, it is considered by many to be the last truly sporty sedan of the French firm.

At the end of 1991, the lion company was leaving the United States due to its low level of sales. However, it seemed that things in the Old Continent weren’t going all wrong with the Peugeot 405, which had started its commercialization in 1987. Pininfarina had hit the nail on the head with the design and Peugeot with the set-up, leading to countless interesting versions. 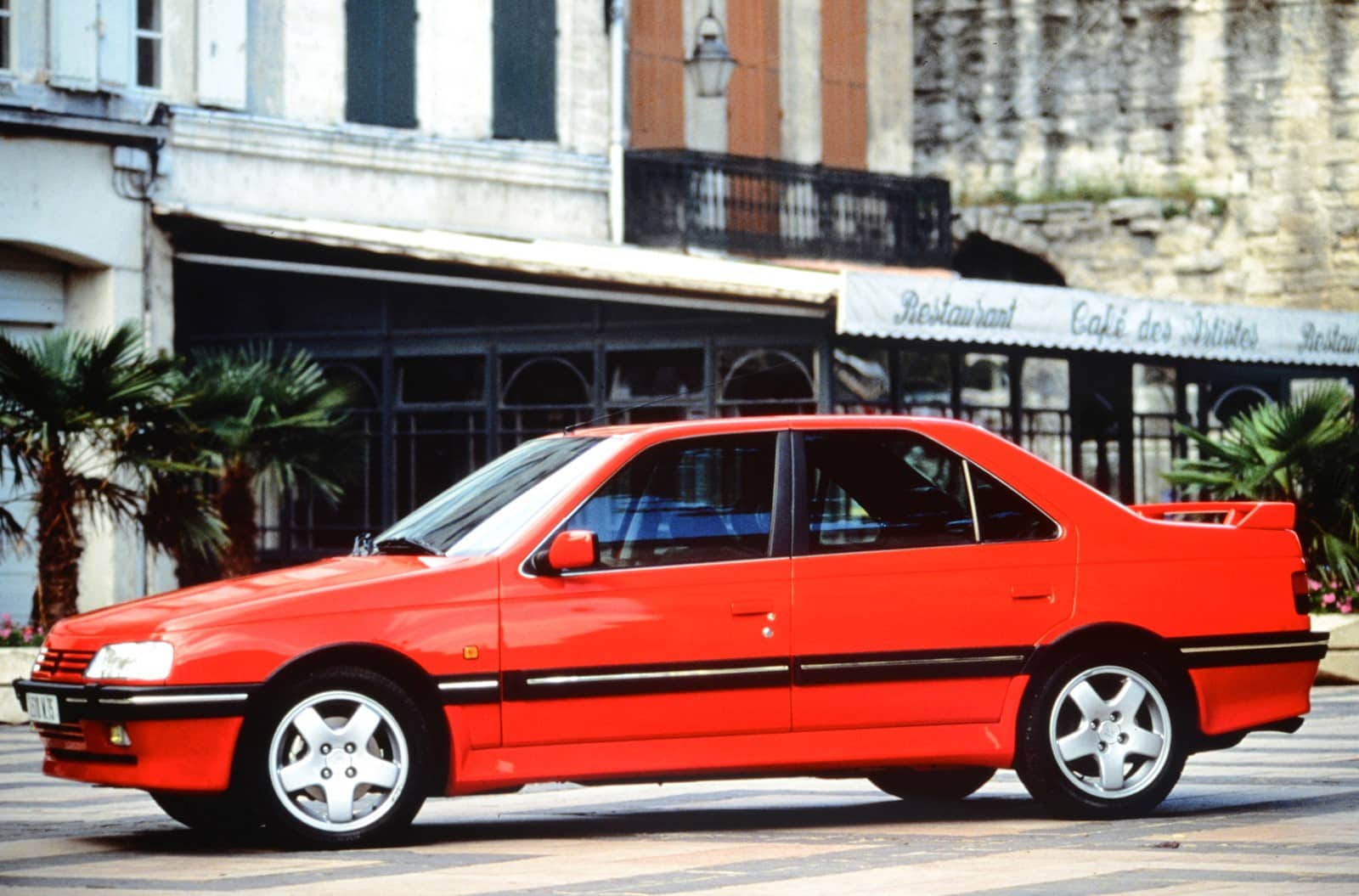 The Peugeot 405 was attractive and balanced, being able to captivate people of all ages, especially when we talk about the spiciest versions of the range, the 405 Mi16 and T16. As can be seen in the images, it was not necessary to equip it with exaggerated aerodynamic ornaments for it to triumph, just let Peugeot Sport work its magic in the gut.

The Peugeot 405 T16 was a true GTi saloon full of temperament.

The sports variant of the 405 was quite understated when compared to some of its predecessors. For example, it lacked the widened wheel arches and other distinctive design elements of the Peugeot 205 Turbo 16. However, it had 16-inch alloy wheels, sports seats in Alcantara, new panels and bumpers, headlight washers, and a more aerodynamic spoiler than that of the 405 Mi16.

One of the most interesting duels in the automotive world of the ’90s was the one between the Peugeot 405 T16 and the Opel Vectra Turbo.

The T16 really came from the hand of the second generation of the model, presented at the end of 1991 and launched on the market after the summer of 1992. The 405 now had a completely renovated interior and great novelties in the engines. In the sports versions, we first find that the Mi16 received the XU10J4 engine, a block of 2.0-liter 16v with 160 hp.

On the other hand, as the star of the range and replacing the Mi16x4, in 1993 the Peugeot 405 T16 was presented, also with all-wheel drive and hydropneumatic rear suspension, which led it to become the most coveted version. Thanks to the sports division of the brand, it combined the sportiness of the Mi16 and the luxury of the ST range, all with a high-performance engine. 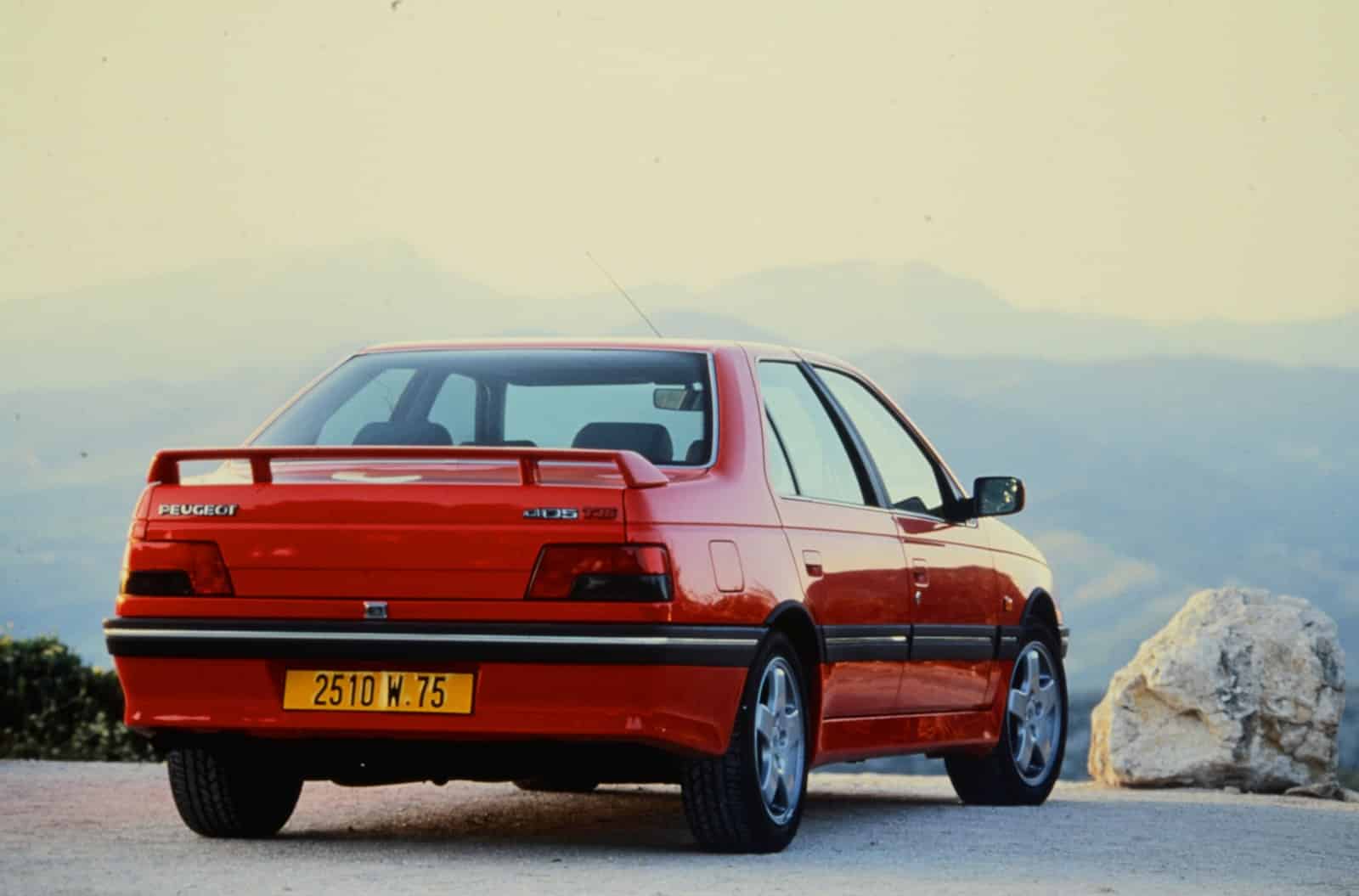 To make it even more interesting the system Overboost: when accelerating fully, the electronic control unit forced the turbo pressure from 1.1 to 1.3 bars, managing to deliver 220 hp and 318 Nm for up to 45 seconds. Of course, to activate this function it was necessary to have a gear higher than the first gear engaged and the engine temperature to be above 80ºC. 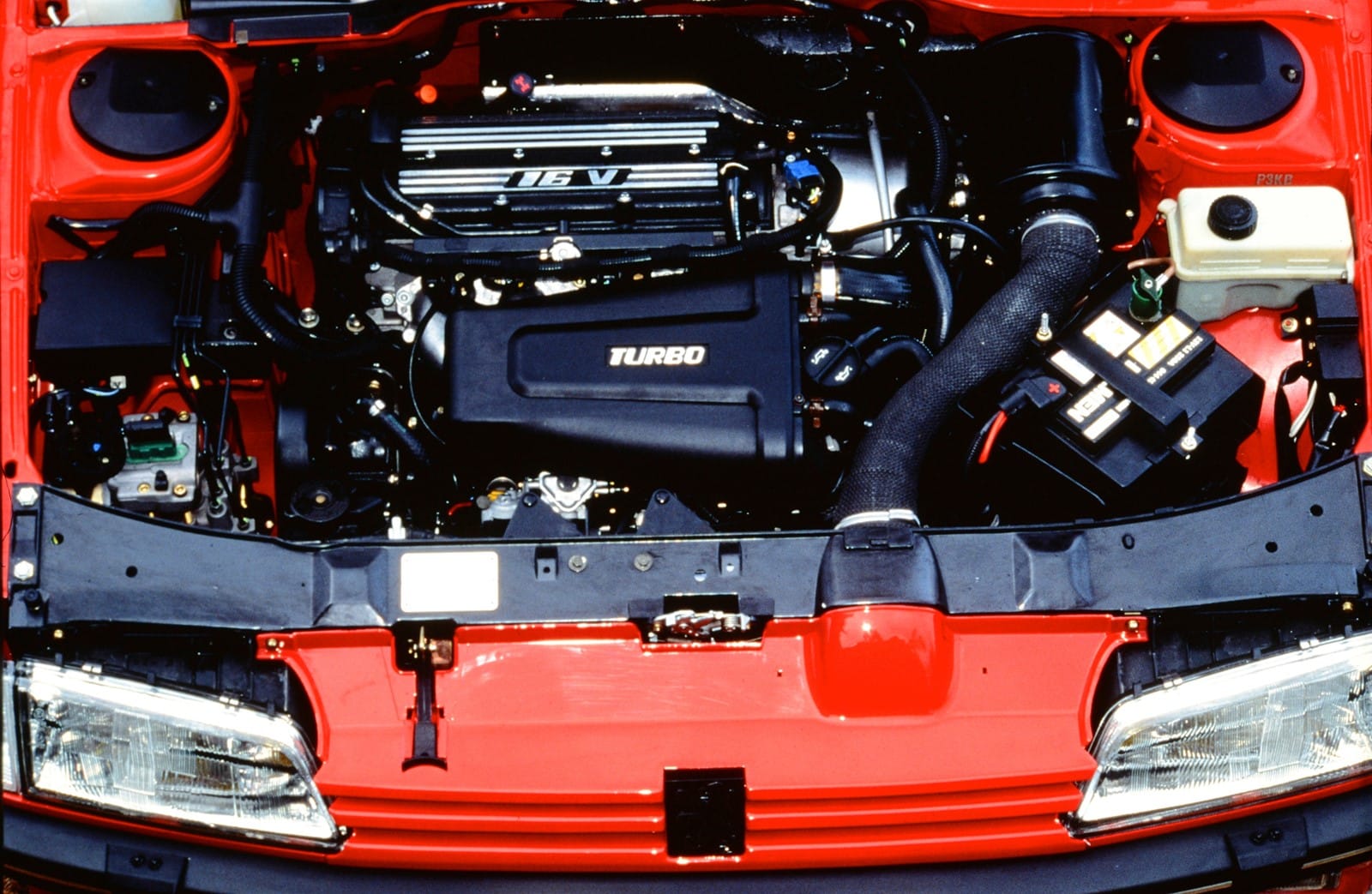 For those who are interested in learning more about the engine, you should know that we are talking about a four cylinder block with double overhead camshaft, four valves per cylinder and 1,998 cm3. Power was transmitted to all four wheels through a five-speed manual gearbox fitted with a reinforced flywheel and a stronger clutch disc.

The suspension, meanwhile, had an independent McPherson pattern in the front and rear arms behind, while the brakes were disc on both axles, ventilated at the front and solid at the back. The permanent all-wheel drive system used a viscous center coupling as a center differential, achieving a fixed power distribution of the 53% in front and 47% behind. 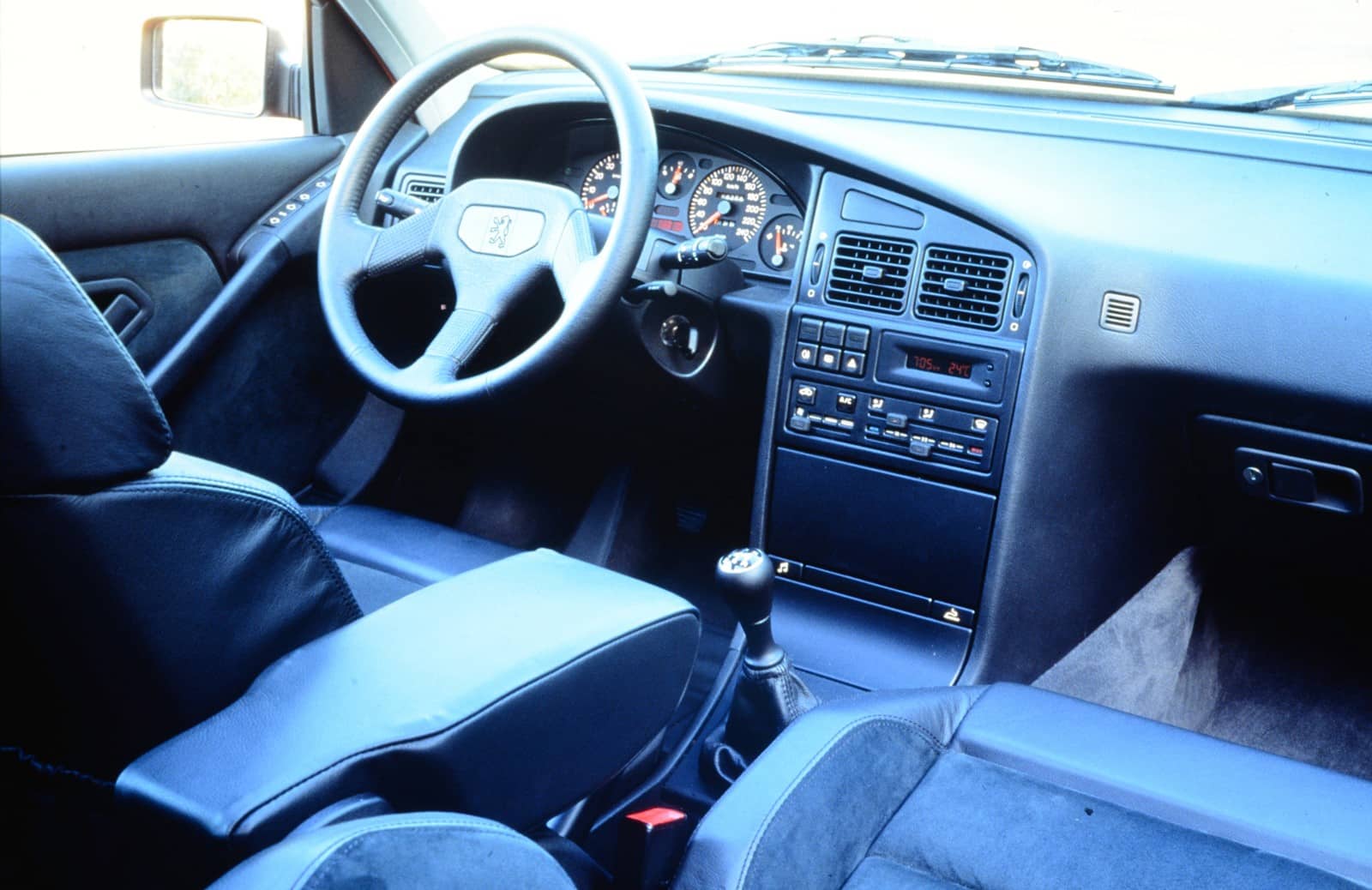 Looking at its technical data, no one doubted that it had been marketed for comply with the FIA ​​homologation rules for the competition version, which was also a success. Unfortunately, in 1995 production began to decline, which led to the disappearance of the ST range, the Mi16 and the still new T16, of which only ever made 1,046 units.

The Peugeot 405 T16 in competition

The stage of the Peugeot 405 T16 in the competition deserves a separate chapter in all this history. To understand this, we have to travel back in time to the 1980s, when the Peugeot Talbot Sport team it dominated the old Group B of the World Rally Championship with the Peugeot 205 Turbo 16 – which won the championship in the 1985 and 1986 seasons.

As we have told you on other occasions, the time of Group B was one of the most glorious for the World Rally Championship, but also one of the most tragic. In the ’80s, Group B began to turn into a real madness. Unfortunately for the manufacturers participating in this competition, something extremely horrible was about to happen. 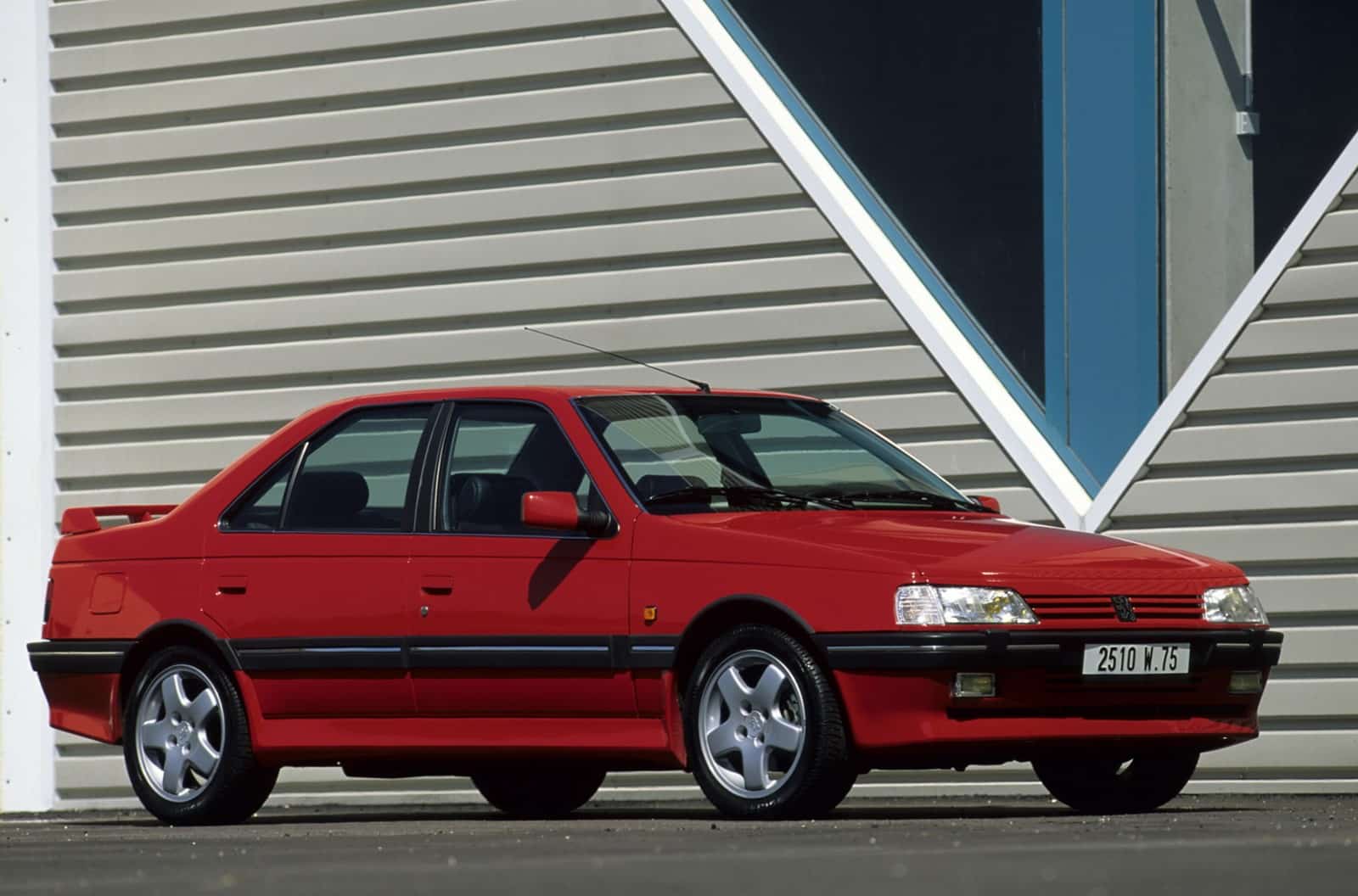 This stage was marked by the idea of create a Group S of rallies, a category that was destined to become the most rational, compared to Group B in which there was no type of control. In Group B anything was worth, to the point where three brands came to approve a pick up to participate in this competition, as recorded in the FIA’s historical homologations database.

Group S was scheduled to come into force from the 1988 season with some technical news, such as a longer wheelbase and limited power. As the Peugeot 205 could not be stretched, the Peugeot team decided to work on the basis of the 405, which would be a good promotional claim for sales of the new model. 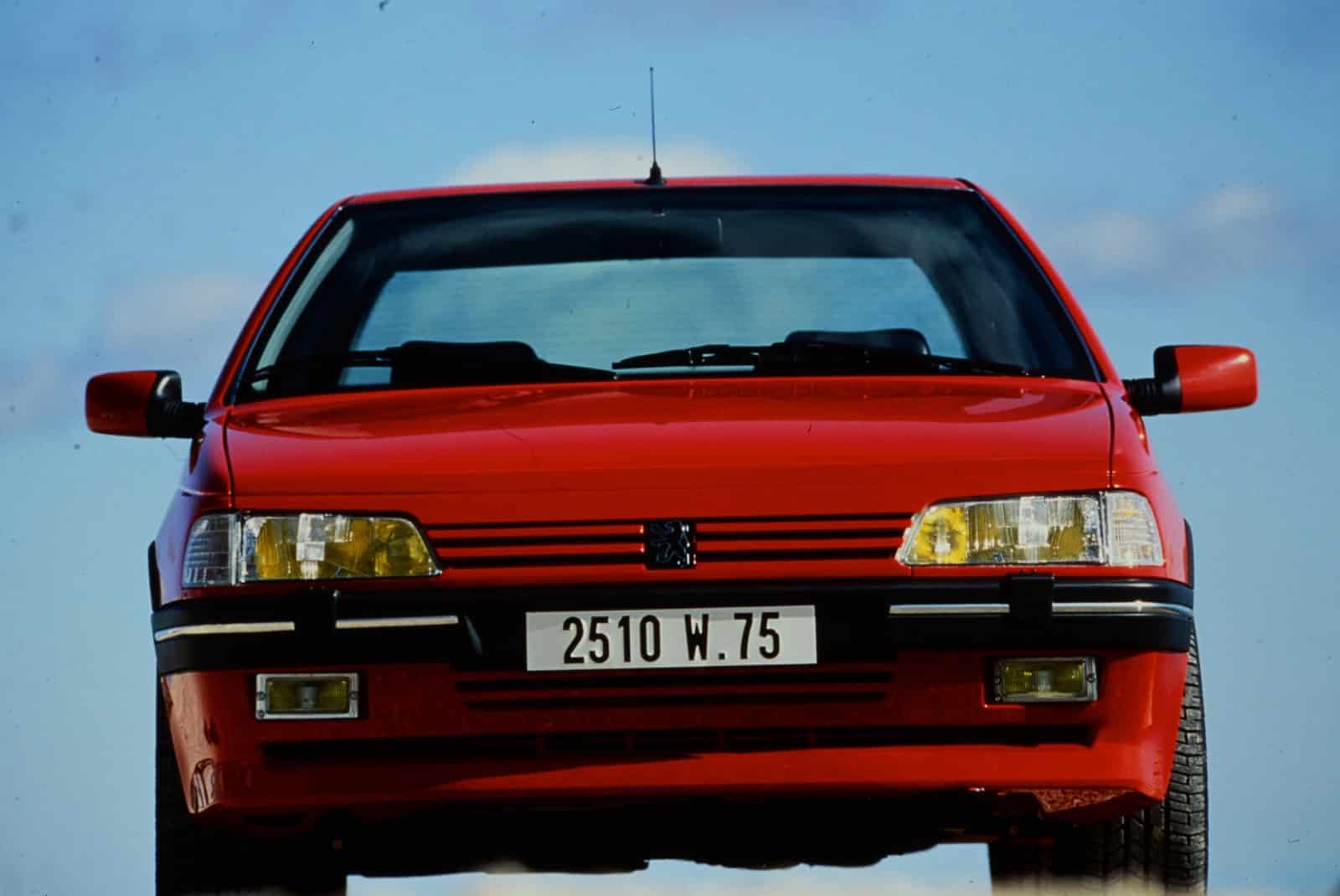 After a complete redesign, the Peugeot 405 Turbo 16. Meanwhile, the repeated accidents that claimed the lives of drivers and spectators, especially the death of Henri Toivonen and his co-driver Sergio Cresto in Corsica on May 2, 1986, they wiped out the popular Group B, also taking the project of Group S even more wild and disproportionate than the previous one.

All of this eventually led to a much safer new Group A, but after years of developing wild models, the only thing left for the brands was their prototypes. It was then that the Peugeot team decided leave the championship for the 1987 season, redirecting its resources towards the Dakar Rally and the Pikes Peak International Hill Climb.

They did so by adapting the 205 T16 for both competitions, which led to victory in the Dakar with Ari Vatanen at the wheel, but Pikes Peak choked on a flawless Audi Quattro. Jean Todt, who was the team manager at the time, decided rescue the design of the 405 T16 for next year, as the wheelbase was very similar to that of the four-ring model.

It was, without a doubt, a great idea, as its larger size also made it possible to increase fuel tanks and gain autonomy on the Dakar. And so it was, in 1988 the Peugeot 405 T16 Grand Raid he participated – with Ari Vatanen behind the wheel – in the Dakar, alongside the 205 T16 from the previous year, which finally won the competition. In fact, it was quite a difficult Dakar.

With five stages to go, the Peugeot 405 T16 was stolen from the park overnight. He showed up hours later, but Ari Vatanen couldn’t make it to the exit in time.

About Pikes peak, the Peugeot 405 T16 made the difference expected by Jean Todt and Vatanen was victorious, setting a record that would remain unbeatable for several years. What’s more, the video of the climb, baptized as Climb Dance, won several awards at film festivals. It is what you can see on these lines.

Face to 1989 both titles were revalidated, with Bobby Unser in Pikes Peak and Ari Vatanen in the Dakar, who would repeat again in 1990, in what would be Peugeot’s last participation in the raid until 2015. Vatanen even achieved another victory in ’91, as the 405 T16 was redesigned in the guise of the Citroën ZX to compete in the Citroën Sport team.