As planned, the Czech brand of the Volkswagen Group, has published two design sketches that anticipate the appearance of the Skoda KAROQ facelift.

The brand’s compact SUV has been a success and now, it’s time for a small update. After its presentation in 2017, the model has received improvements in terms of equipment and design, but now, the model changes remarkably, although be careful, we are not talking about a new generation, but a rather deep update.

Although his digital presentation will take place on November 30, the brand has given us these two sketches that show us the changes in the front. The renewed front will make the model more striking. The width of the grille is increased and now features impressive double slats, as well as a new hexagonal design, with a wide air intake at the bottom. 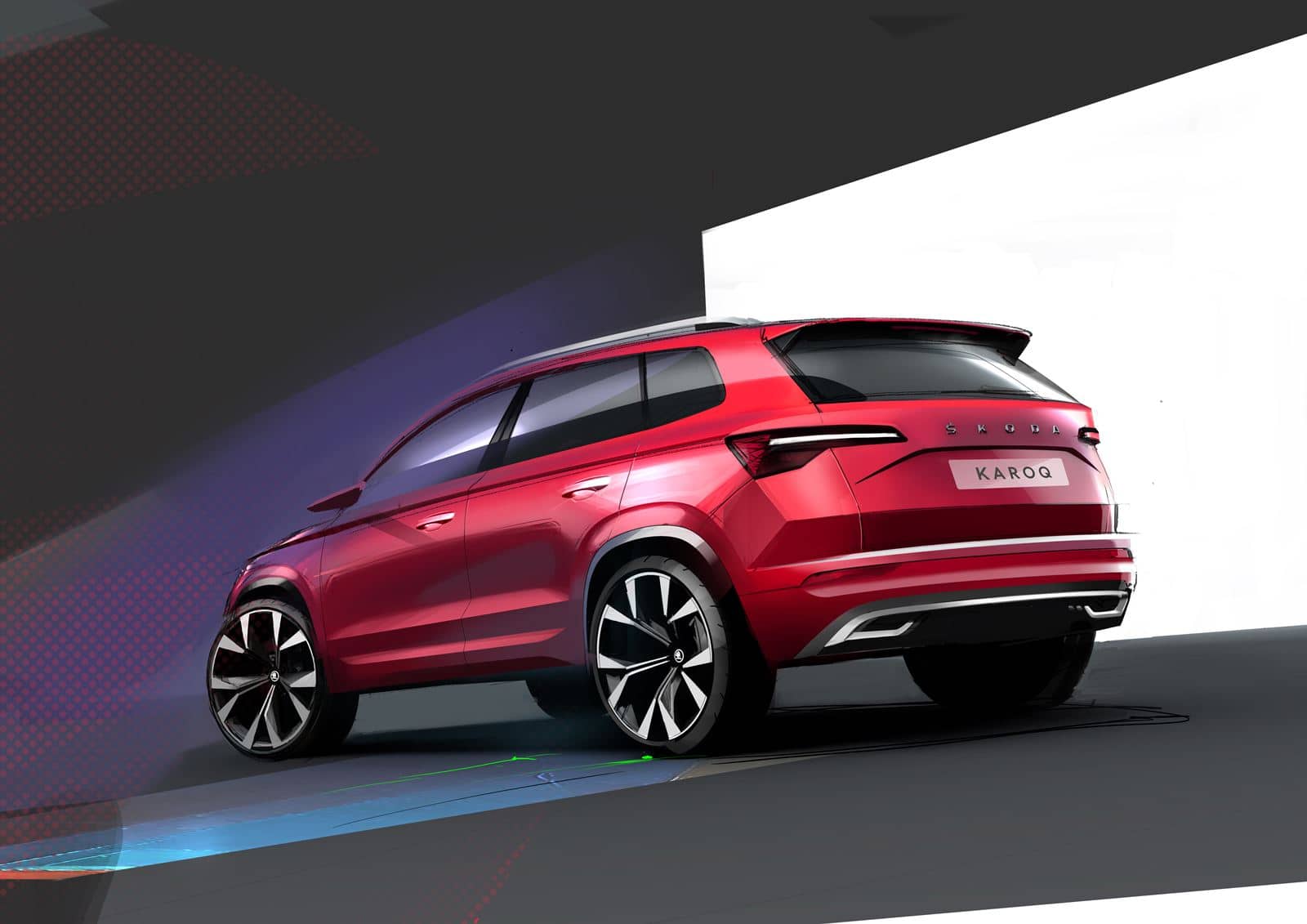 The headlights are more stylized than in its previous version and reach the grill. Its dynamic appearance is accentuated by redesigned daytime running lights that are now made up of two separate elements.

At the bottom there is a second lighting unit for the fog lights or, in the upper version, a independent LED module. This headlight configuration results in a distinctive appearance of four eyes when the lights are on.

The second sketch shows what the redesigned rear of the KAROQ. In addition to having a longer rear spoiler and a visually updated rear apron with a black diffuser, the taillights now feature a new design. Like the headlights, these have also been streamlined and accentuate the width of the vehicle.

The crystalline structures provide a special visual effect to the taillights, which will retain their characteristic C-shaped graphic.

We understand that the interior will be updated with more technology, larger screens and new materials.