At a time when containing consumption and reducing emissions are one of the main objectives of brands, talking about a motorcycle whose main reason for being was to become the fastest in the world seems something past. It was 1999 when Suzuki presented the Hayabusa, that with a tip of 299 km / h got hold of the title.

Years later, he reappears with his third generation, that keeps its speed intact, but adapts to the new times.

And, although it retains its 1.3-liter three-cylinder engine, it has been adapted to meet the strict standards of the Euro5 regulations. This has caused it to reduce its power from 197 to 190 hp, as well as the torque of 155 to 150 Nm. Despite the loss, its performance has also been optimized at low and medium speeds, its reliability has been improved and, to top it off, it has also served to lower your consumption. It is still very high (14.9 l / 100 km), but it is much more content than that of its predecessor (17.6 l / 100 km).

Its design remains recognizable thanks to its corpulence, but the presence of up to 550 new parts in the whole it implies small changes that are noticeable. It occurs above all in a more stylized front end and with more incisive optical groups, but also in the molding of the fairing, the air intakes and outlets or the format of the exhaust.

On the other hand, the endowment of electronic assistants With which the Suzuki Hayabusa has to tame its power is the most complete: selector of driving modes and power, traction control system, anti-wheelie technology, output control system and speed control.

Will be available at April by 21,995 euros, but there will be a limited launch edition of only 25 units, called the 100th Anniversary Special Price, which will cost 19,595 euros. 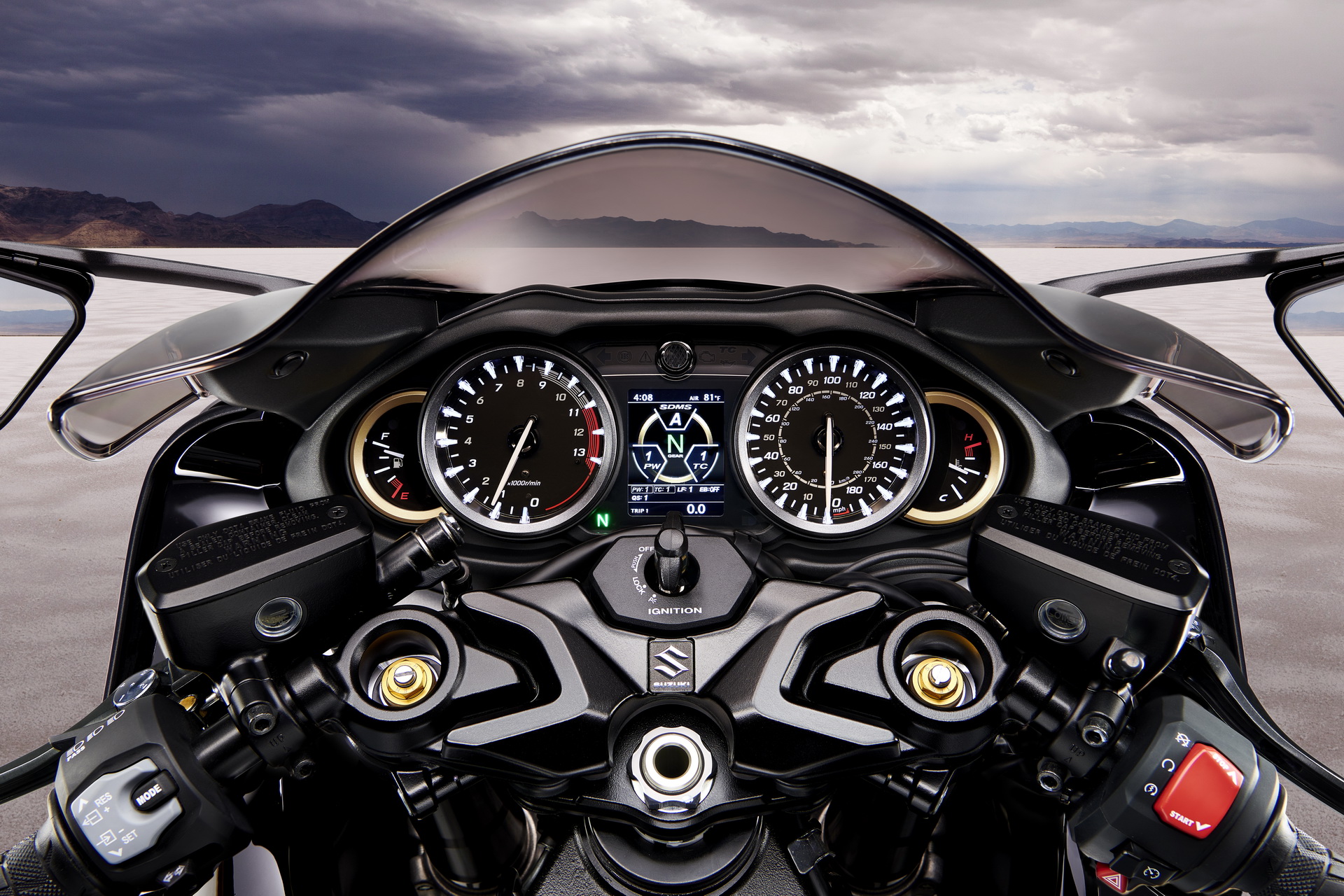