They are part of the problems of the first world. Vehicle thefts have grown in Europe and in many cases, the “bad guys” have it very easy.

Currently, there are dozens of manufacturers that, among their standard or optional equipment, offer keyless access and keyless start systems. Just by carrying the remote control in your pocket, the car will open and start without having to remove the key at any time. Without a doubt, these are very comfortable, especially if you are loaded, although the problem is that, as we have told you on many occasions, These systems have significant security gaps that make them highly vulnerable.

Today we learned that UK experts from Hard-Off Security have released a system that prevents ‘broadcast piracy’, the biggest of the problems that affects the theft of vehicles.

Responsible for approximately three-quarters of all automobile thefts, Hacking of broadcasts exposes a security weakness in many of today’s vehicles and costs the insurance industry millions of euros in compensation.

Hard-Off’s solution is the installation of a physical “update” in the remote control of a car that does not alter its operation but does prevent signal hacking. 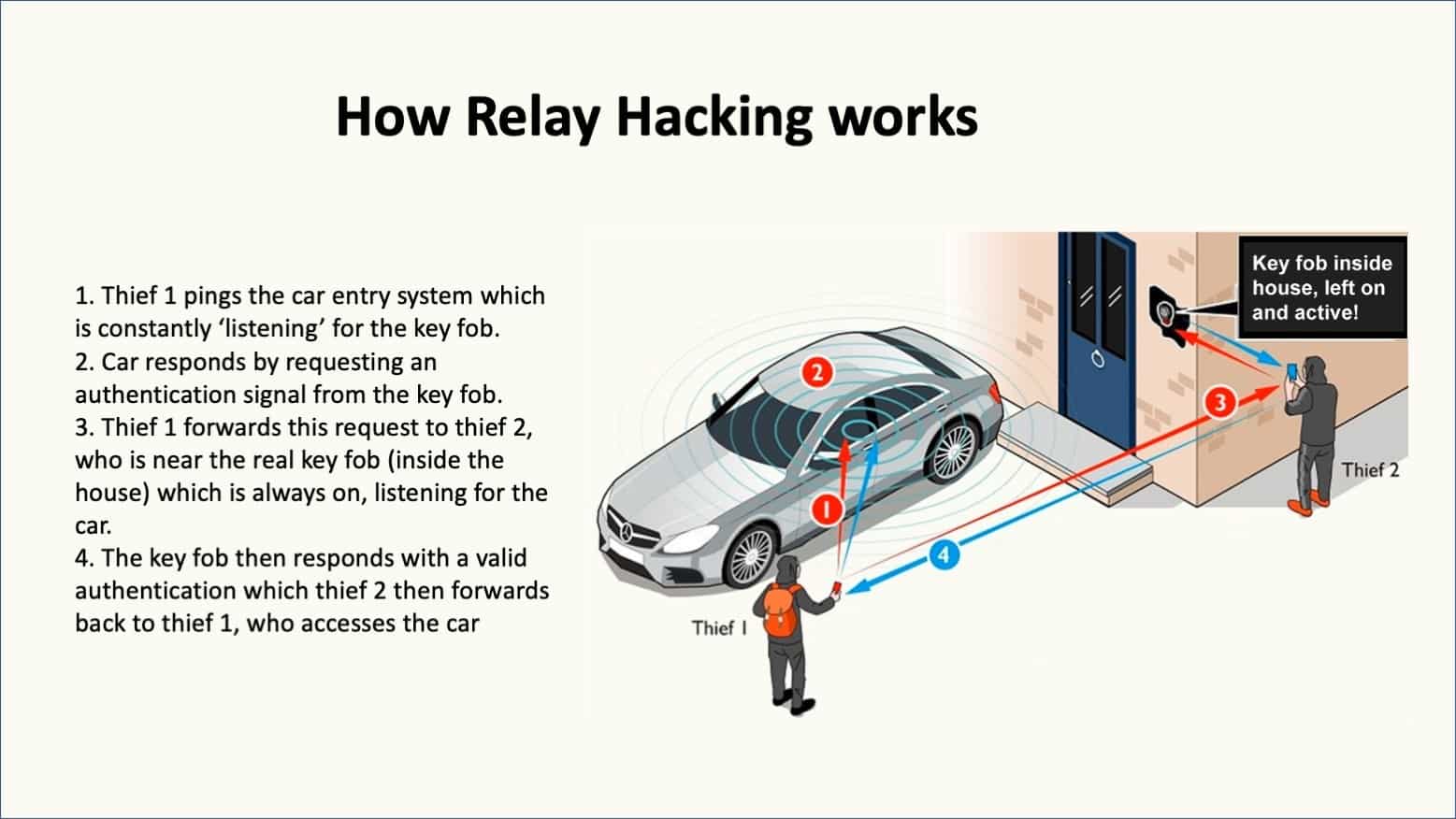 A specialist in the alien is capable of hijack the signal from your car’s remote control and through an amplification system send it to another device that will fool your car, making it believe that the key is close to it. In less than 10 seconds, a friend from outside is able to open and start a car using this system.

Victims often don’t realize it until their vehicle is missing. Once the token is cloned, vehicle safety is bypassed, allowing it to be unlocked, started and driven, no matter where it is parked.

Safety specialists will not alter either the control or factory functions but will install an external switch that activates and deactivates the device by isolating the battery.

It is a magnetic switch that moves a magnet located on the sensor that turns on the keychain and activates it completely. He system allows connecting and disconnecting the battery that carries the remote control, leaving it without power and without emission.

The car key fob maintains 100% of its functionality. When you need to use it, we simply turn it on and when we stop using it, we turn it off.

Let’s go that what they facilitate us is to connect and disconnect the internal battery in a simple way by means of a magnetic fixture, which when disconnecting the battery will cut the power supply and consequently, will cancel the signal that the remote control emits.

This solution costs less than 100 euros, however, there are many people who use storage systems – bags or wallets – with RFID cancellation.